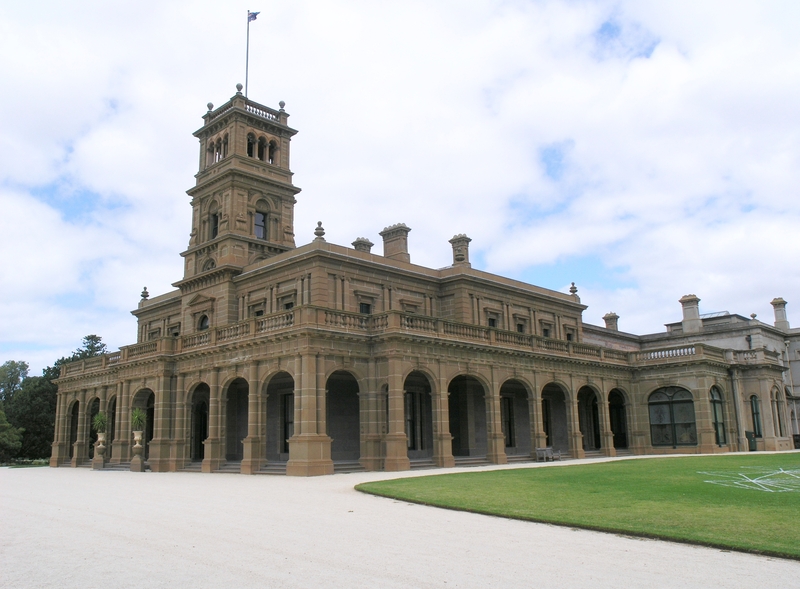 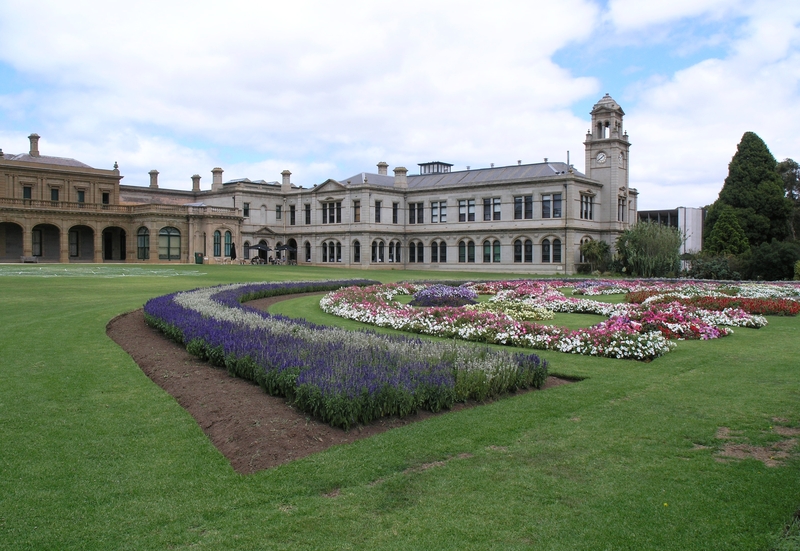 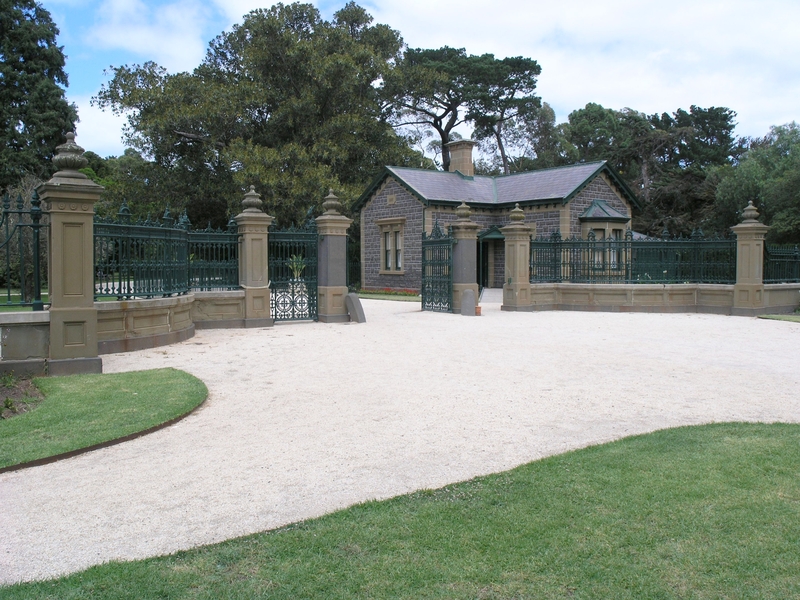 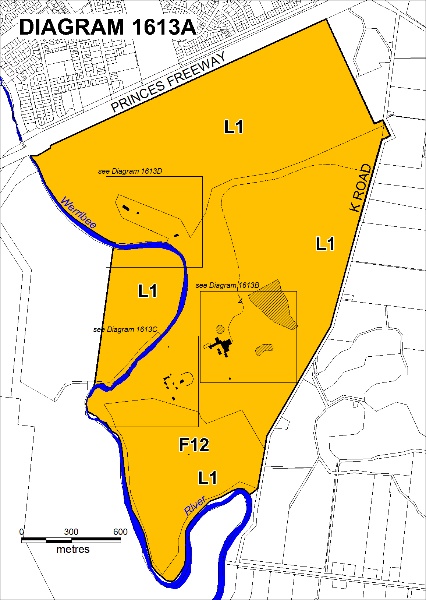 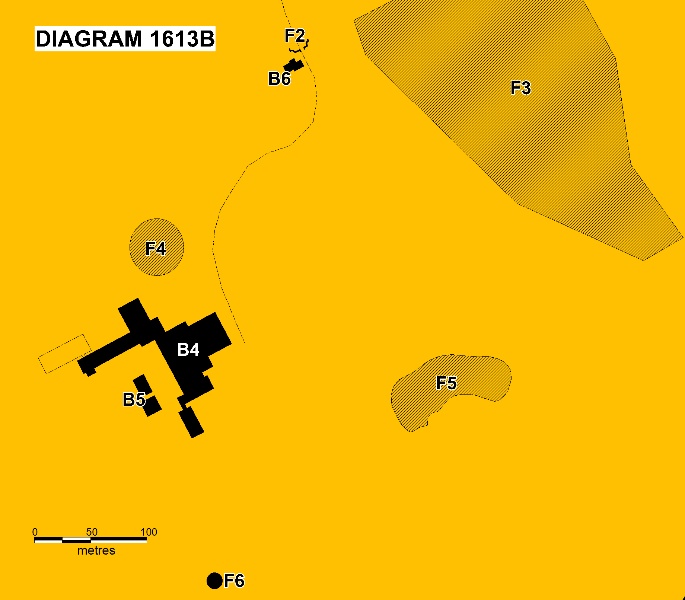 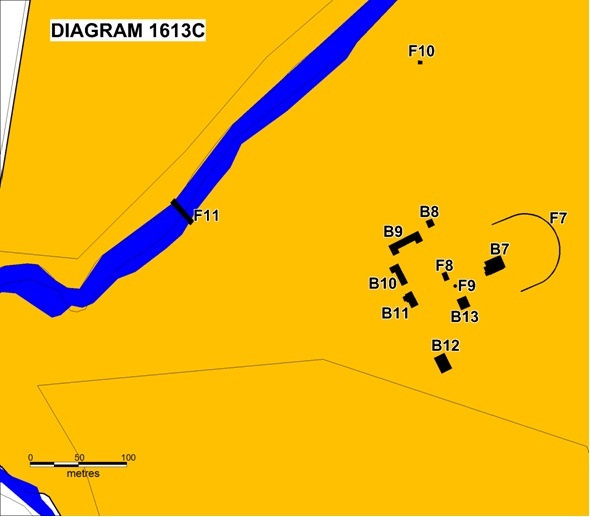 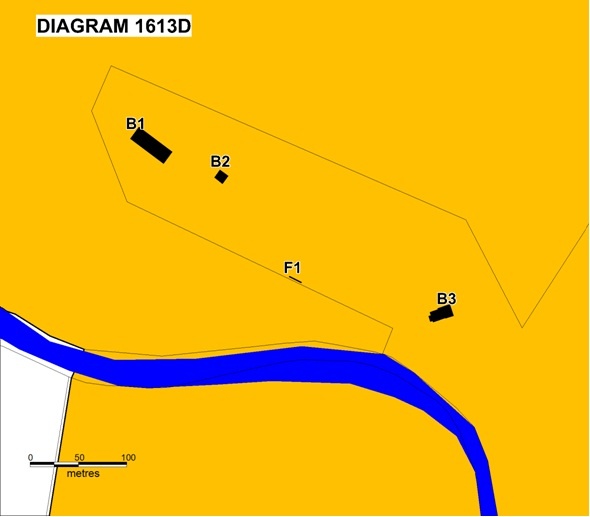 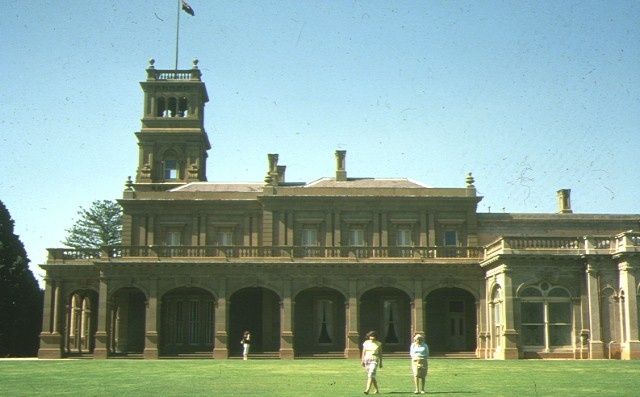 Edward Wedge, brother of John Wedge (John Batman's surveyor), was the first to establish European settlement at Werribee Park (by 1836). In 1852 a devastating flood claimed the life of Edward, and his wife and daughter. In 1853, the remaining Wedge family members left the Port Phillip District, and the land was transferred to their neighbour, Scottish pastoralist Thomas Chirnside.

Thomas Chirnside arrived in Australia in 1839 to invest in sheep. By 1875, Thomas and his younger brother Andrew owned 250,000 acres of freehold land, and large areas of leasehold land, in Victoria. In addition to running the 93,000 acre Werribee Park sheep station, the Chirnsides also hosted numerous sporting events, hunts, picnics, balls, vice-regal visits, and the first Volunteer Military Encampment in Victoria (1857).

The Chirnsides built a complex of bluestone buildings in the 1850s and 1860s, the oldest being a bluestone four-room ration store, with each room only accessible externally, and a four- room bluestone house, known as Bellenger's house. Both are believed to have been built sometime in the late 1850s or early 1860s, based on the style and materials available at that time. A large bluestone woolshed (1861-2) saw 45,000 sheep produce 506 bales of wool in one year. Originally a one-room building, the simple four-room bluestone shearers' house, just east of the woolshed, and the basalt and brick sheep dip, just southeast of the woolshed, are likely to have been built in the early 1860s.

The bluestone Chirnside homestead (1865), with associated ha-ha wall (1867), was built primarily as a permanent base for Thomas's nephew Robert, who managed the sheep station from 1859 until 1866 and was then a lessee until 1873. The garden surrounding the homestead features an impressive Ficus macrophylla, and framing the central view are two Lagunaria Patersonia, near the ha-ha wall. The bluestone stables (built by 1868) housed prize winning stallions and the winners of the Melbourne, Caulfield and Geelong Cups. The men's quarters (1880s) is a large rectangular bluestone building with a bell turret. The large rectangular bluestone blacksmith's shop (post 1880) retains its original forge. The U-shaped brick implement shed (1890s) reflects the Chirnsides' move away from pastoral activities to farming. The burial area, surrounded by a near-square bluestone wall, contains the graves of Patrick Logan Edgar, who died in 1858, and John L. Hamilton, who died in 1863.

Hastie's house (1890s), named after Adam Hastie who managed Werribee Park for George Chirnside, is a 10-room double fronted building located near the shearers' house. It is the last surviving substantial weatherboard building associated with the Chirnsides on the property, and one of the few known to be occupied by staff.

Thomas and his brother Andrew began construction of the mansion in 1873, primarily for Andrew and his family. The large basalt and sandstone mansion, built in a Renaissance Revival style, is a two storey central block, with dominant tower and an arcade surrounding three sides of the block. The fine interior with some original furniture features a richly decorated entry hall, containing a Minton encaustic tiled floor, niches, Corinthian pilasters and free standing columns, leading to a grand staircase and providing access to the main reception rooms. The library and dining room have heavy pedimented polished timber architraves, and tongue and groove Kauri pine floors with deep polished parquet borders.

A detached bluestone laundry, with its own cistern and drying yard, was built in the mid 1870s. The gates and gate lodge were built in 1877. It was reported that by completion of works, the mansion cost over £60,000.

The Chirnsides' active membership in the Acclimatization Society is reflected in the mansion's large formal garden (from 1877). Features within the garden include a man-made lake and grotto (1870s), large circular parterre (1882) and a rustic fountain, two glasshouses (1880 to 1890s - the sunken glasshouse was replaced by an identical structure in the 1970s), and an iron hurdle fence and Pittosporum hedge. The intact rock-work grotto is lined with decorative seashells, fragments of mirrored glass, pebbles, and sheep bones and teeth. The outside of the grotto is covered by a large Aloe arborescens.

The formal garden's meandering paths, shrubberies and trees were used to frame views, illustrating the influence of the 18th century English landscape movement. There is a dominance of conifers and evergreen trees, especially Araucaria, Pinus, Cupressus, Ficus, Cedrus, Schinus, Lagunaria, Corymbia and Eucalyptus. Deciduous Ulmus, Quercus Phytolacca, and the palms, Phoenix canariensis, P. reclinata, Trachycarpus fortunei have been planted to provide foliage contrast in the landscape.

Following the deaths of Thomas, in 1887, and Andrew, in 1890, the property was passed on to Andrew's sons, George and John Percy. The dissolution of the Chirnside estate began in 1893, when 8,847 acres were sold to the Melbourne and Metropolitan Board of Works. A further 23,485 acres was acquired by the Victorian Government in 1906 under the Closer Settlement Scheme, reducing Werribee Park to 2,270 acres.

The scaled down area of Werribee Park remained in the ownership of the Chirnside family until George Chirnside sold the land to grazier Phillip Lock in 1921. The following year, Lock sold the property to the Catholic Bishops of Victoria. The mansion was converted into a seminary, Corpus Christi College, for the training of priests. Major additions to the mansion at this time included the St Joseph's wing, a library and the refectory (1925-28), and the theatre wing (1936-37), altering the mansion's function from domestic to institutional. Imitative detail was used externally to unite the early and modern work.

substantial part of the original furnishings supplied by Taylor & Sons, Queen Victoria's Edinburgh cabinetmaker remained in the house, together with a significant collection of nineteenth century decorative arts provenanced from elsewhere.

The northern section of Werribee Park was handed to the management of the Zoological Board of Victoria, who opened the Werribee Open Range Zoo in 1983. A further portion was designated for the development of the Werribee Park National Equestrian Centre, officially opened in 1984 as the state centre for equestrian activity. The Melbourne Metropolitan Board of Works assumed management responsibility of the 1870s mansion in 1985. Another six acres of the Werribee Park property was developed as the Victorian State Rose Garden (1986), which contains over 5,000 locally and internationally bred roses. It was the first garden outside of Europe awarded the International Garden of Excellence by the World Federation of Rose Societies (2003).

In 1996, management of the mansion was transferred from the Melbourne and Metropolitan Board of Works to Parks Victoria. In the late 1990s, the seminary wings were converted for hotel use and a hotel building was added between 1998 and 2000. The hotel opened in June 2000. A vineyard and winery, and polo pavilion were also added at this time.

Werribee Park is the traditional land of the Wurundjeri on the east side of the Werribee River and the Wathaurung Aboriginal Corporation (trading as Wadawurrung) on the west side of the river.

How is it significant?
Werribee Park is of architectural, historical, scientific (horticultural), archaeological, and aesthetic significance to the State of Victoria.

Why is it significant?
Werribee Park is of architectural significance for the number of intact buildings and features constructed during the late 19th century, under the ownership of the Chirnside family. The mansion, with its fine interiors and some original furniture, is one of Australia's grandest and most finely designed English country houses. Since its construction in the 1870s, little has been altered internally and externally. The mansion demonstrates the finest application of renaissance detailing in Victoria. It is also the largest and most intact example of the use of Barrabool Hills sandstone applied to a domestic building in Victoria. The Chirnside homestead and associated buildings are one of the most intact groups of homestead buildings in Victoria. Their relationship is visually discernable in design and date and historic use. The intact mansion laundry is architecturally significant as a rare example of a late 19th century freestanding purpose built laundry facility. The remarkably intact grotto (1870s), a traditional component of 17th century garden design, is the only known example of its type in Victoria if not Australia. The sunken glasshouse, although not the original, is one of only two known in Victoria.

Werribee Park is of historical significance for its association with the early establishment of permanent European settlement of the Port Phillip District, dating to 1836 by Edward Wedge. It is significant for its association with prominent Victorian pastoralists Thomas, Andrew and Robert Chirnside. In addition to using Werribee Park as a sheep station, it was also a centre for numerous and lavish social activities in the 19th and early 20th century.

Werribee Park is of historical significance for the mansion's conversion into the first major Catholic seminary for secular priests in Victoria, Corpus Christi College. The foundation of the College in 1923 was an important achievement by Daniel Mannix, Catholic Archbishop of Melbourne, who established the seminary to train Australian-born students.

Werribee Park is of scientific (horticultural) significance for its rare and outstanding collection of trees, especially conifers comprising of Pinus Araucaria, Cedrus and cypress (Cupressus now Hesperocyparis). The garden includes Victoria's only known example of Plagianthis betulinus, and one of 6 plants of Dovyalis caffra.

Werribee Park is of archaeological significance for its demonstrated and potential archaeological values relating to the Wedge family occupation, and the occupation and pastoral activities of the Chirnside family. Archaeological surface deposits have been identified in the area of the 1865 homestead, ration store, men's quarters, stables and Bellenger's house, as well as the orchard remnants, ruins within the orchard, the ford and the burial site.

Werribee Park is of aesthetic significance for its extensive size and collection of planting, landscape styles and features. The formal garden contains a number of well established specimen trees, rows, avenues and groups of trees to create a landscape of outstanding quality and diversity. The garden has contrasting informal and formal areas with layers of 19th and 20th century planting and development. The colourful circular parterre is the best example of this design feature in Victoria.

Werribee Park mansion and formal garden are of aesthetic significance as one of the few places in the State to retain the characteristics of a 19th century English country house and landscape. The retention of the original layout, boundaries, early plantings and garden features are fundamental to the significance of the mansion. The landscape of the property including its relationship with the Werribee River and the formal presentation of the Mansion are also significant.