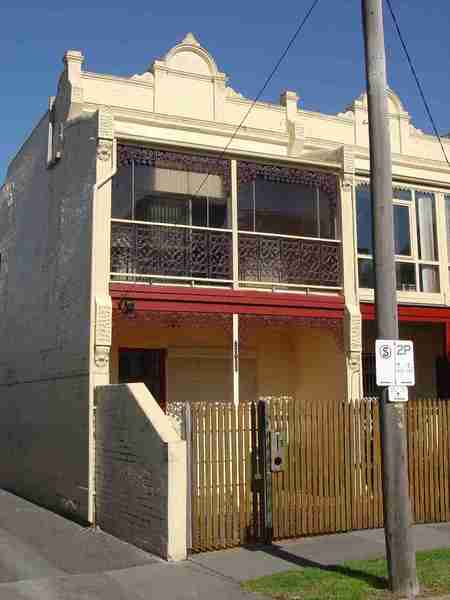 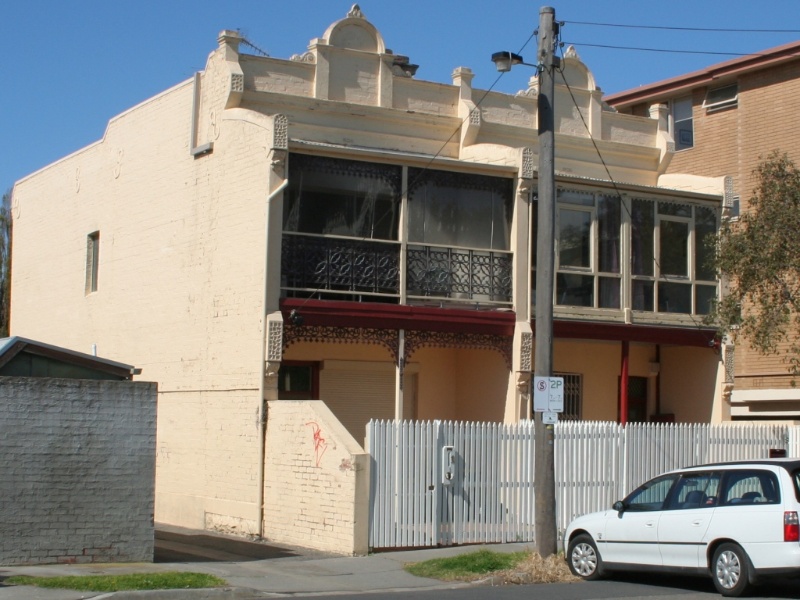 Golden Square is part of crown allotments 14 and 15, originally part of the Colonial Police Reserve or Police Paddocks, used for the agistment of horses by the police forces in Melbourne. It was subdivided and sold by the Government during the 1860s and 1870s creating Madden Grove, Barkly Avenue, Stawell and Gibdon Streets. By 1888 these blocks were further subdivided and Parkville (formerly Peckville), Crimea (formerly Normanby) and Felicia Streets were formed.

Melbourne and Metropolitan Board of Works detail plan from 1899 shows dense development in the block bounded by Madden Grove and Stawell, Cherrill and Adams Streets. Approximately one-third of the remainder of the area had also been developed at that time. A school is shown on the corner of Stawell and Cherrill Streets (52). Burnley State School SS2853 was a three storey Gothic Revival style school, built in the 1880s. It was demolished in 1979 (53) and the site developed as a residential square or public park, with some significant residual trees from the school era.

A major part of the area was occupied by Terry's Burnley Brewery (c1893), later Barrett and Burston Maltings malt house and silos, where the existing two-storey brick building fronting Gibdon St is shown as the brewery and the malt house is the long, gabled form building on the east of the block. Visually distinctive concrete silos were added to the complex in the 20th century has become a key characteristic of the City. The Burnley Brewery joined a large number of industrial complexes that hugged river and creek banks in Victorian-era Melbourne with, in this case, a tannery located a little further west along the Yarra River (54).

A significant group of matching Edwardian cottages in Parkville and Crimea Streets were allegedly built for Clements Langford, a prominent Melbourne builder whose projects included the Manchester Unity Building. (55)

The name Golden Square may be connected with Sir James Palmer who was a pioneer in the Richmond area. He practised in London, living in Golden Square, and became senior surgeon at St James's Dispensary. After arriving in Victoria in 1840, Palmer made his home at Richmond near the Yarra and soon established Palmer's Punt (near Hawthorn Bridge) that served to provide access to Boroondara until a bridge was built in 1851 (56). It may be that his London home gave its name to the Golden Square area while he resided there. He later built the notable house, Invergowrie, in Kew.

The Golden Square Heritage Overlay Area contributory elements include (but not exclusively) buildings of the Victorian and Edwardian-eras, being detached and attached houses having:

. One storey wall heights but with some two storey house rows;

. Evidence of a former historic school reserve and plantings;

. Public infrastructure, expressive of the Victorian and Edwardian-eras such as bluestone pitched road paving, crossings, stone kerbs and channels, and asphalt paved footpaths.

. As a good representation of modest early housing in the area, from the late 19th to the early 20th century;

. For some of the most intact and, in part architecturally distinctive, small Edwardian cottages to be found in the municipality;

. For the original bluestone lanes and gutters and other early street elements such as the pillar box in Madden Gr.;

. For the Golden Square Bicentennial Park and its mature trees, as symbolic of the Burnley Primary School, and the adjacent church sites, as two significant elements on the area's history;

. For the contribution made by the Victorian-era Burnley Maltings as a major complex central to the history of the area over a long period, with its visually distinctive inter-war silos as remnants of the extensive industries that once crowded the banks of the Yarra.