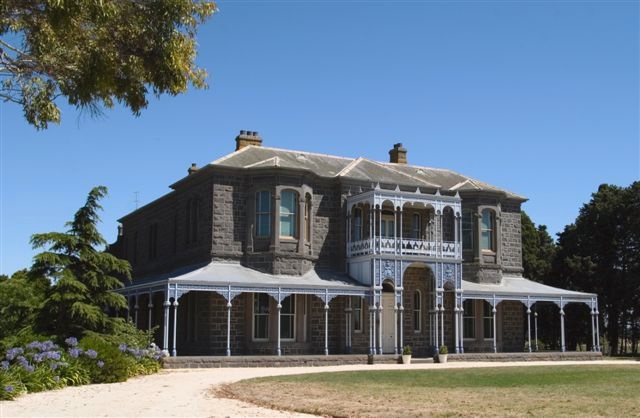 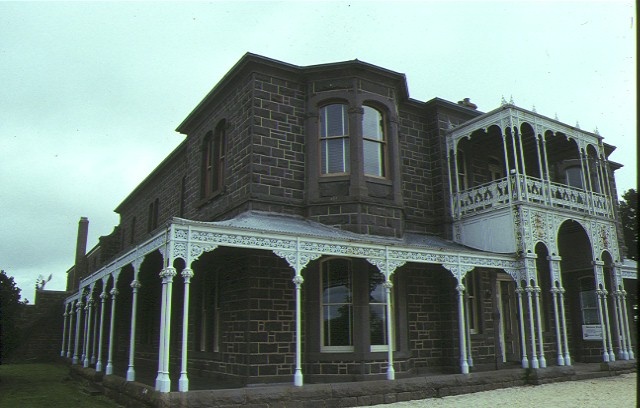 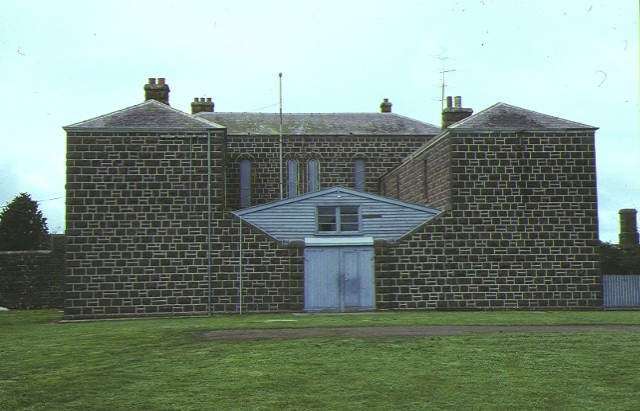 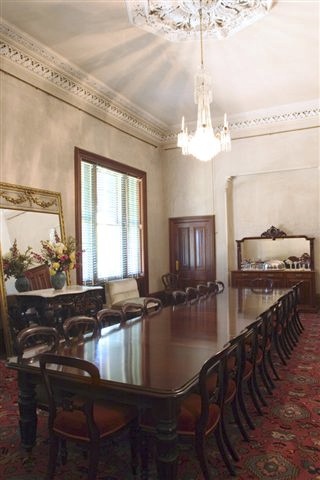 The mansion house, Barwon Park, at Winchelsea, was built of basalt in 1869 - for prominent western district squatter Thomas Austin. Architects Davidson and Henderson of Geelong designed the 42 room Italianate mansion and supervised construction on a sub-contract basis at a cost of c. 10,000 pounds. The square and utilitarian two storey building is enhanced by a distinctive cast iron verandah, elaborate entry hallway, stair case and high quality crafted interior. Barwon Park at Winchelsea, when completed in 1869 was the finest and most celebrated mansion house in western Victoria and having established the reputation of architects Davidson and Henderson, survives as perhaps the most notable homestead designed by this prolific practice. At Barwon Park, Thomas Austin, royal host, public figure, eminent pastoralist and leader of the acclimatisation society, was the first to introduce rabbits to Australia, an achievement now universally condemned.

Barwon Park was bequeathed to the National Trust of Australia (Victoria) in 1975 and is being systematically restored. The mansion although in depressed condition, is preserved virtually intact but devoid of the original furniture and fittings.