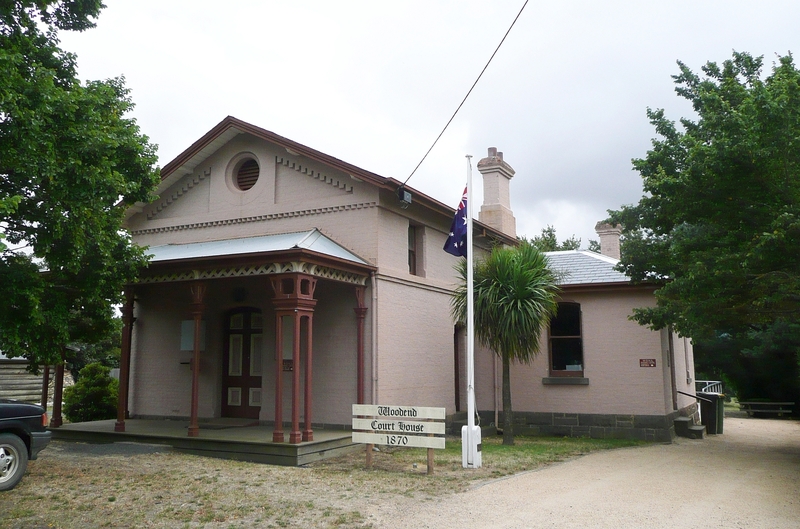 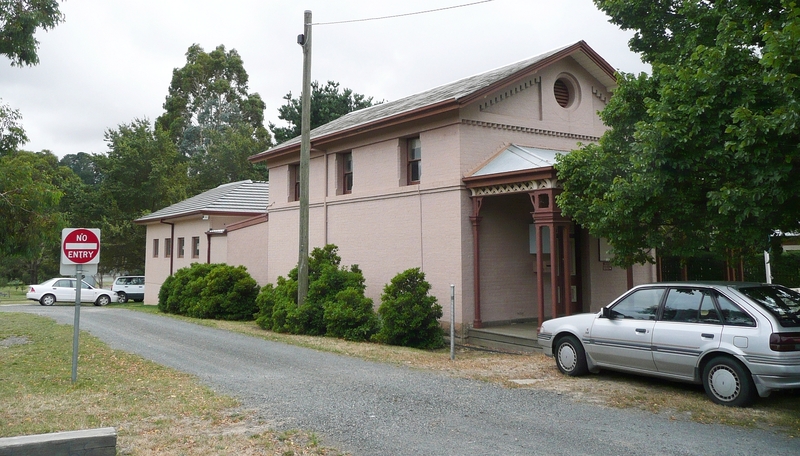 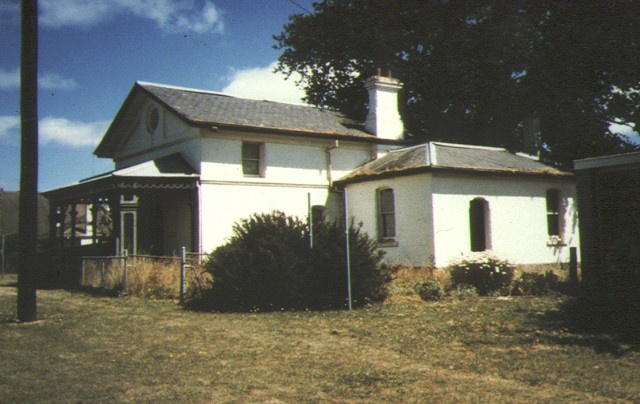 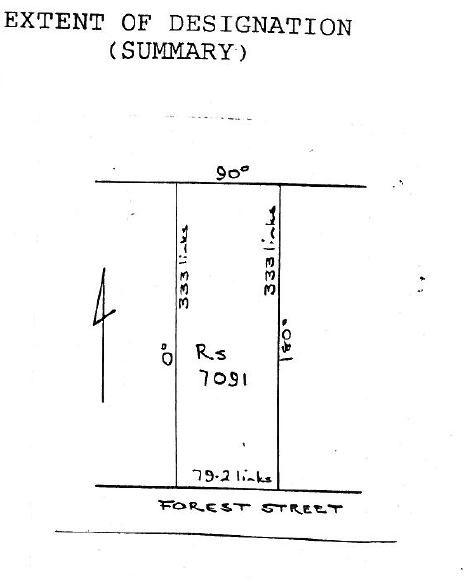 What is significant?
The Former Court House, erected in 1870, was the second court house to be erected in Woodend, designed by H.A. Williams of the Public Works Department and built by Grant and Johnson. The original two-roomed court house is constructed of brick (currently over-painted) on bluestone footings, and has both hipped gabled slate roofs. The building was extended in 1885 by the addition of a second office to the rear of the first office and a porch. The facade of the building is characterised by simple decorative brickwork around the gable and distinctive timber lattice friezes and timber brackets to the verandah. The interior finish of the courtroom is plastered brickwork lined out to simulate stone facing. The ceiling is constructed of varnished pine boards on exposed trusses, also varnished. The bench, dock, clerk's desk, witness box, rail, seat and washstands remain in the courtroom and there is a cast iron fender under the bench. The clerk's office is plastered brickwork with a ceiling of varnished lining boards. The slate fireplace surround has been painted black. In the Magistrate's office the walls are again plastered brickwork while the ceiling is fibrous plaster. There is a timber fireplace surround.

The last court of petty sessions was held there in 1964 and the last coroner's court hearing in the 1970s. The building has since been occupied by the Woodend and District Historical Society.

How is it significant?
The Former Woodend Court House is of historical and architectural significance to the State of Victoria.

Why is it significant?
The Former Woodend Court House is historically significant for demonstrating the spread of law and order across the state, which is indicative of the progress of Victoria's development.