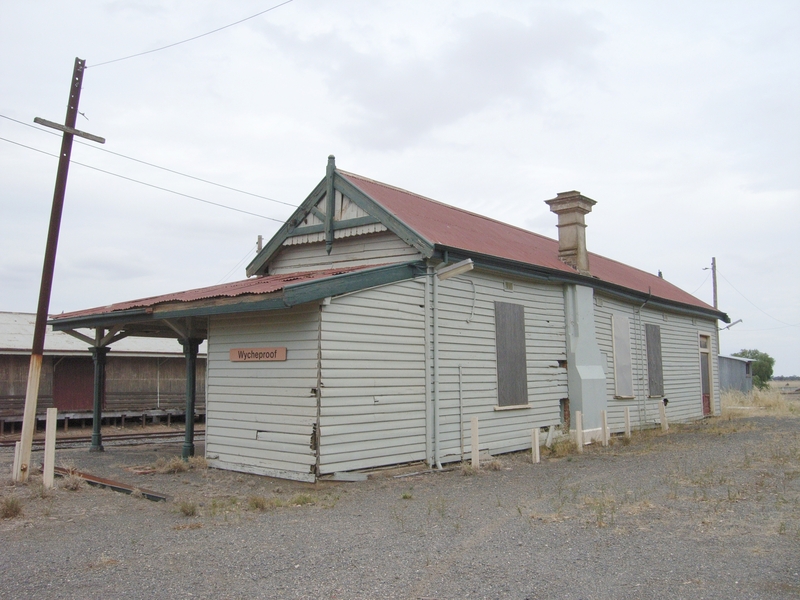 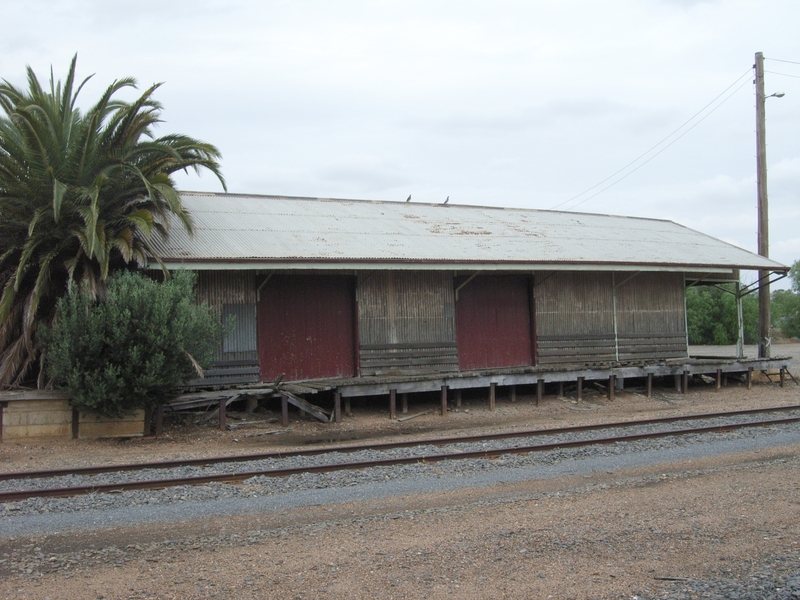 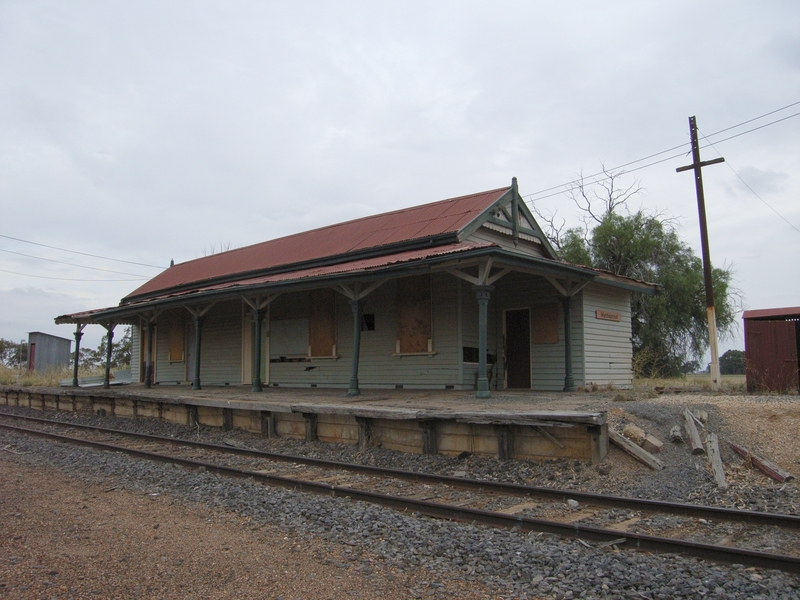 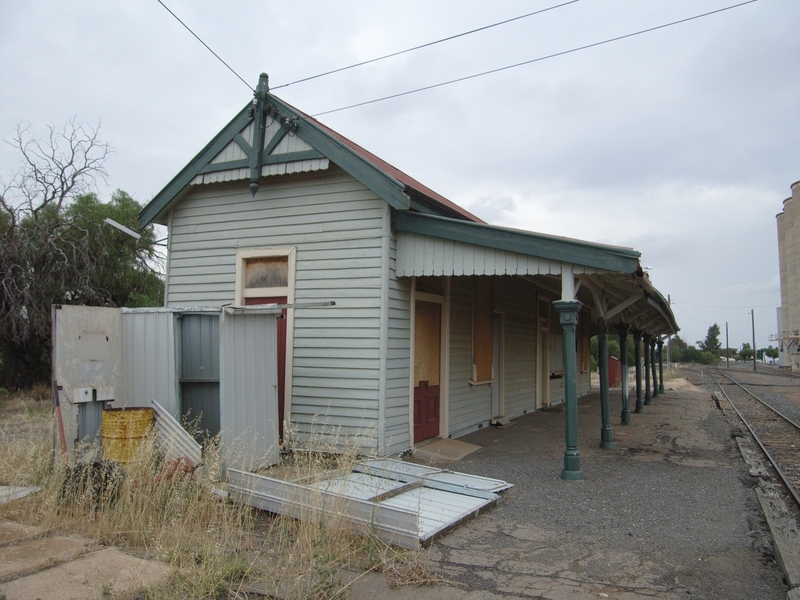 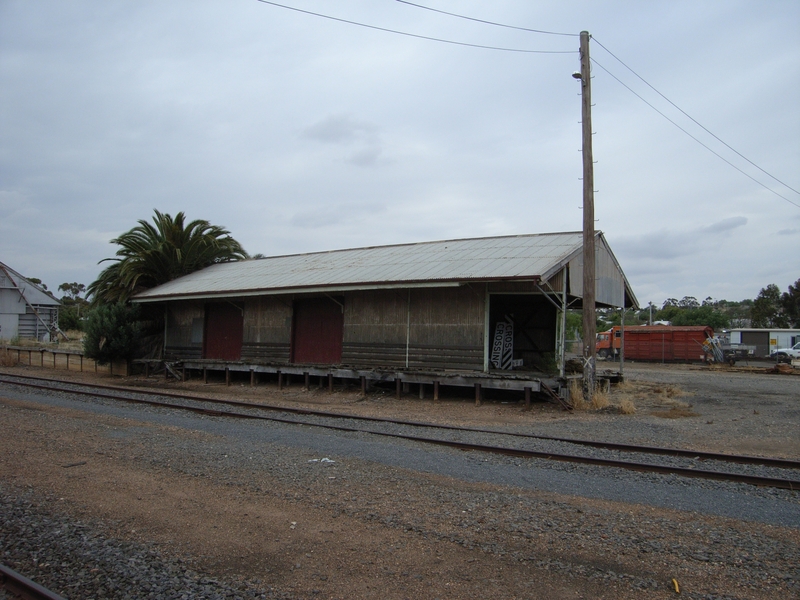 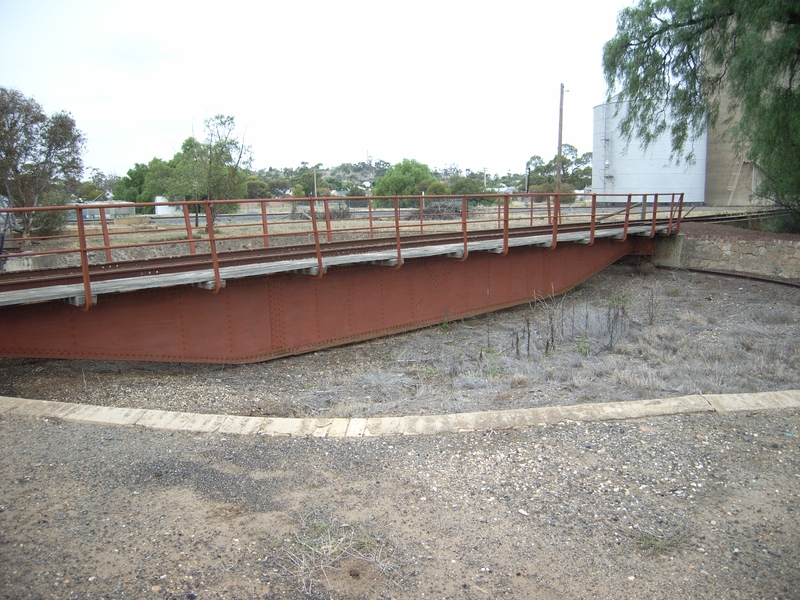 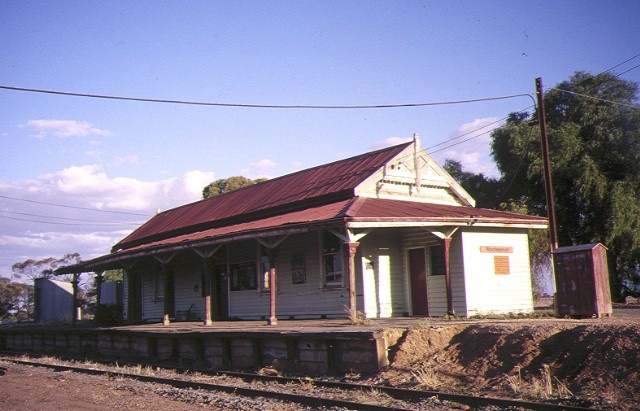 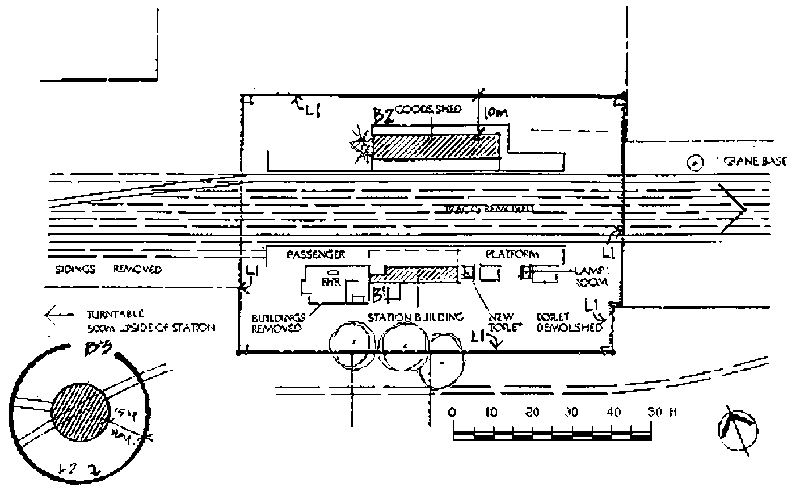 What is significant?
Wycheproof Railway Station was constructed in 1887 by Hossack & Brown on the Korong Vale-Wycheproof line. It comprises the original timber station building with gabled roof and decorated gable ends, a timber posted verandah with decorated capitals and ceiling lining. Other structures include a timber goods shed, a timber lamp room and remnants of an original turntable and crane. The station serves freight trains only and the station building and goods shed are currently being leased.

How is it significant?
Wycheproof Railway Station is historically and architecturally significant to the State of Victoria.

Wycheproof Railway Station is architecturally significant as the most intact example of the 'Pyramid Hill' style of station building. The 'Pyramid Hill' style is a group of modest standard timber station buildings of similar plan and decorative details, featuring Victorian trimmings, such as timber work to the verandah and gable ends.
Show more
Show less
All information on this page is maintained by Heritage Victoria. Click below for their website and contact details.