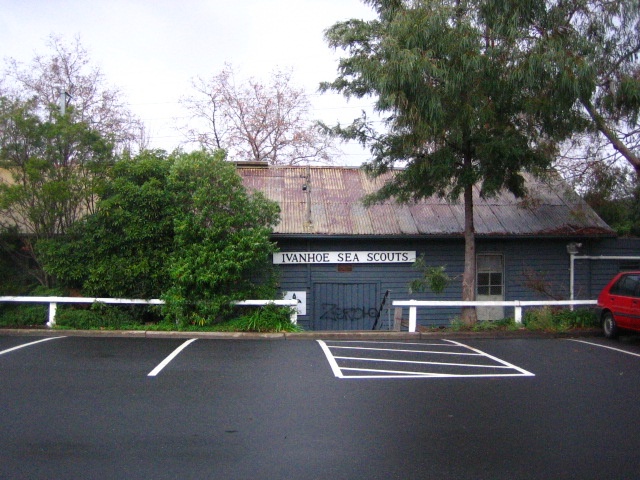 The Sea Scout Hall in Norman Street Ivanhoe, dating from c.1917 and partially rebuilt following the fire in 1951, is of significance.

The Sea Scout Hall is of local social and historical significance to the City of Banyule.

The Sea Scout Hall is of social significance indicated by the level of community involvement in the repair and maintenance of the building, particularly the initial renovation in 1930 and following the fire in 1951. It has considerable attachment for the community who have nominated the building as a heritage place and sought to use the site for the commemoration of the first Sea Scout troop in Victoria. (Criterion G)

The hall is an unusual vernacular structure for Banyule, although found elsewhere, particularly in rural areas. (Criterion B)

NOTE: This place was destroyed by fire on 31 May 2015.The remains of the site were dangerous and included asbestos. Demolition was completed on 15 July 2015.