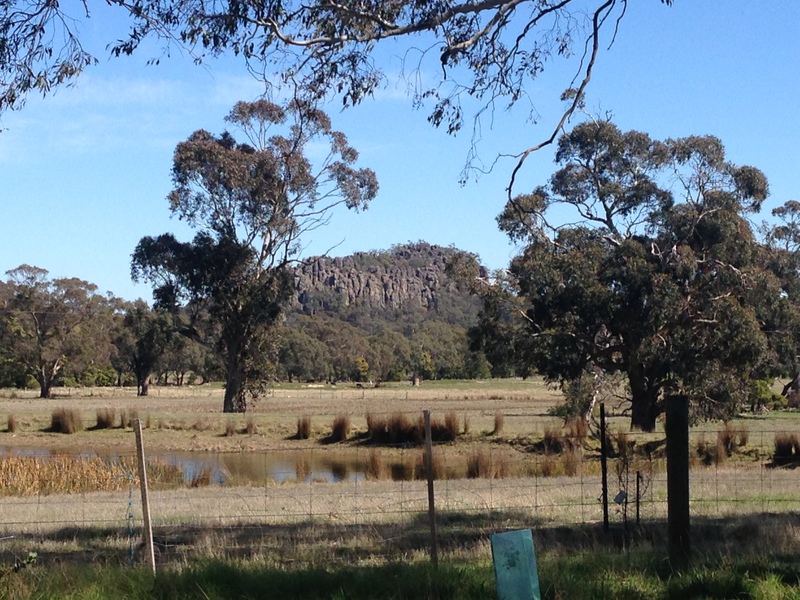 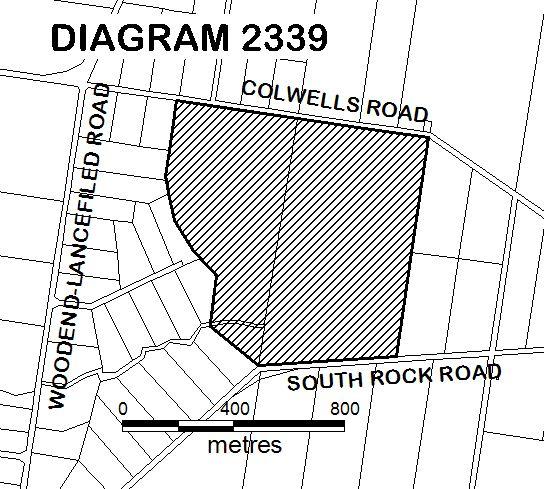 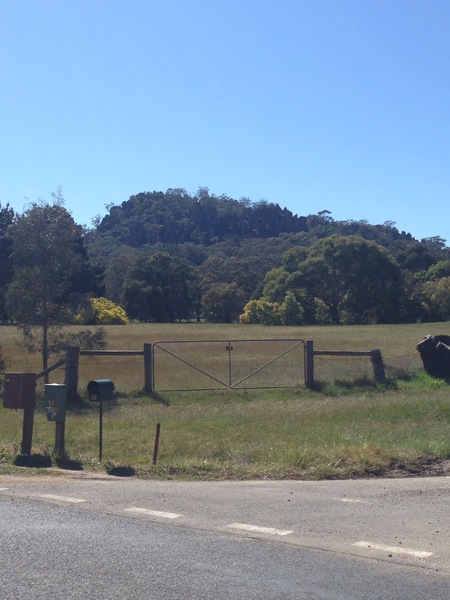 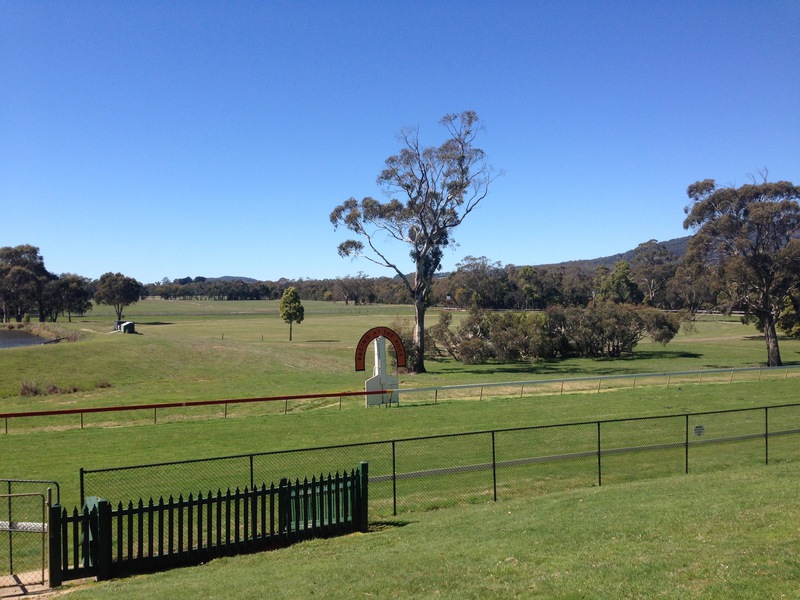 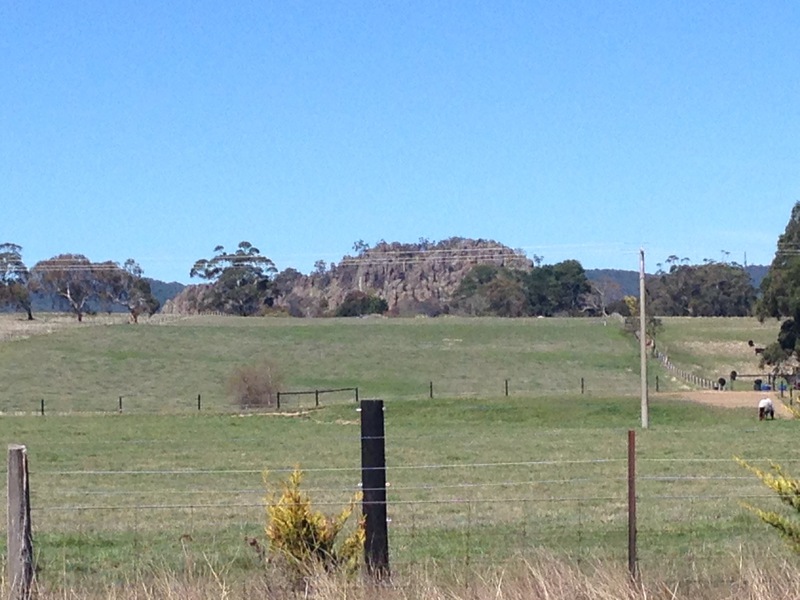 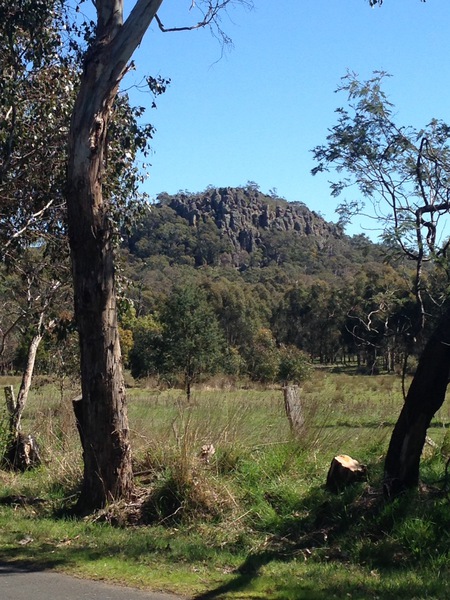 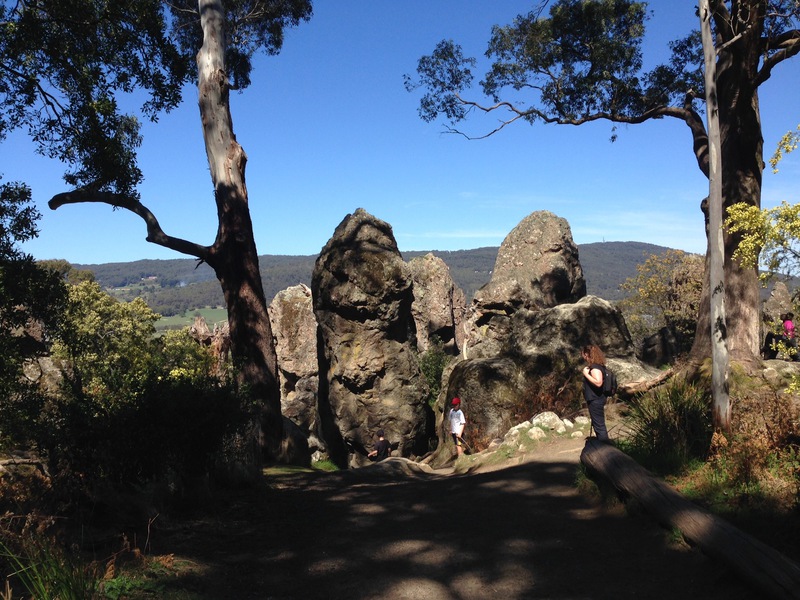 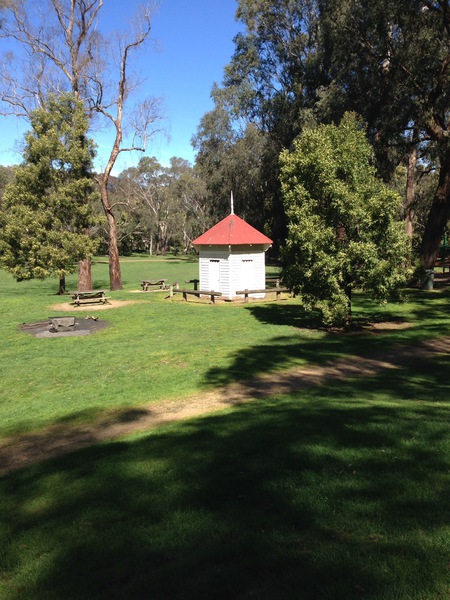 Hanging Rock Reserve is a public reserve of approximately 67.6 hectares (167 acres) located near Woodend. It contains the Hanging Rock geological formation, the woodland that surrounds it and associated recreation grounds, a racecourse and dam and a number of small amenity buildings and structures, including a hexagonal ladies toilet building from the early twentieth century.

The geological formation known as Hanging Rock was first recorded on a map by Robert Hoddle as Diogenes's Mount in 1844. Its remarkable geological character and beauty were recognised by William von Blandowski, Curator of Melbourne's Natural History Museum, who described it as 'one of the most remarkable spots in Victoria, if not in whole Australia' after an excursion in 1855. By the late 1850s the formation had also become known as both Dryden's Rock, after an early settler in the vicinity, and The Hanging Rock, after a suspended and wedged rock on the southern side of the formation. The allotment containing Hanging Rock was purchased from the Crown in 1857, and picnics and sports days were first held on land owned by William Adams immediately to the south-west of Hanging Rock from the mid-1860s. These events included horse racing. By the time Adams acquired the allotment containing Hanging Rock in 1869, organised picnic and sports days on Boxing Day and New Years Day were regularly attended by thousands of people from both the local district and Melbourne.

A 38.8 hectare (96 acre) allotment to the east of Hanging Rock was gazetted by the government as a recreation and water reserve in 1870. In 1884 the allotment containing Hanging Rock was also gazetted and the combined 67.6 hectare (167 acre) site was permanently reserved as a 'Site for Public Recreation and for affording Access to Water'. Horse racing continued as a sporting highlight and, despite some opposition, the racecourse was moved to the water reserve in 1878. The Hanging Rock Racing Club was formed in 1885. The racetrack was extended to its present form in 1911 and a crowd of some 20,000 spectators were reported to be in attendance on race day on New Year's Day in 1912. Races continue to be held at the racecourse twice a year.

The international success of the 1975 film of Joan Lindsay's book, Picnic at Hanging Rock (1967), resulted in a significant increase in tourist numbers to Hanging Rock. Grants from the Victorian Government in 1978 enabled upgrades to various facilities.

Hanging Rock Reserve is a 67.6 hectare public recreation reserve, 7 kilometres north-east of Woodend, and 77 km north-west of Melbourne. It is bordered by Colwell's Road to the north, South Rock Road to the south, private properties to the west and the Eastern Paddock to the east. Racecourse Road bisects the site and provides the main access to the reserve from the south. Located in the north-west of the reserve is Hanging Rock itself, an unusual body of volcanic rock known as a mamelon, characterised by a complex of vertical and inclined pinnacles with large detached blocks and slabs. Geologically, it is noted as the best example of its type in Victoria. Access to the rock formation is through woodland of the lower slopes, via an asphalted pathway or alternative stairway. The summit, individual viewpoints and rock formations can be accessed from minor paths between rocks. To the south a recreation area is formed in open woodland. Facilities include a kiosk (1968), discovery centre (1999), various picnic and amenity facilities and car parking areas. A small hexagonal building, constructed as a ladies toilet in the early twentieth century, is located in this area.

To the east of the site is a racecourse which encircles a dam (1975) and cricket oval. A collection of simple racecourse-related timber and corrugated iron buildings and structures, grassed viewing slope and stand of exotic trees are located to the west of the racetrack.

This place is part of the traditional land of the Kulin Nation and it is recognised that there are Aboriginal values associated with Hanging Rock.

The Hanging Rock Reserve is of historical, aesthetic and social significance to the State of Victoria. It satisfies the following criterion for inclusion in the Victorian Heritage Register:

Criterion G Strong or special association with a particular community or cultural group for social, cultural or spiritual reasons. This includes the significance of a place to indigenous people as part of their continuing and developing cultural traditions.

Hanging Rock Reserve is significant at the State level for the following reasons:

Hanging Rock Reserve is historically significant as an early and popular recreational destination and meeting place for Victorians. The distinctive and rare geological formation of Hanging Rock attracted large numbers of visitors from as early as the 1860s to congregate, be entertained, climb the Hanging Rock formation and participate in outdoor sport and leisure activities, in a unique and highly picturesque setting. The Hanging Rock Reserve illustrates the great popularity of outdoor pursuits, particularly in the nineteenth and early twentieth century. [Criterion A]

Hanging Rock Reserve is historically significant for its long association with horse racing in Victoria from the 1860s to the present day. The site of the present racecourse, in use since 1878, demonstrates the importance of this form of sport as a recreation activity to the rural communities of Victoria. [Criterion A]

Hanging Rock Reserve is of aesthetic significance as an outstanding, distinctive and unusual place of natural beauty. The Hanging Rock formation has been recognised and enjoyed since the 1860s for its natural beauty, for its provision of spectacular views of the surrounding countryside, and as a backdrop to the variety of recreational activities conducted at its base. Visitors have climbed the formation since the 1860s, enjoying its unique spatial and aesthetic qualities and the experience of being within it, and exploring the formation and the surrounding woodland. The importance of its aesthetic qualities is demonstrated in the popularity of the reserve as a Victorian tourist destination over a long period. The picturesque qualities of the place, which unfold from a number of viewpoints, impart a sense of mystery and evoke a strong emotional response from the viewer. From the 1850s the unusual and distinctive physical features of the Hanging Rock formation have stimulated innumerable written and artistic responses, including sketches, paintings, photographs, writing, film and music. [Criterion E]

Hanging Rock Reserve is socially significant for its continuous use and appreciation by the wider Victorian community as a popular gathering place for recreational purposes since the mid-1860s. This enduring association with tourists was reinforced by the production of the book (1967) and the film (1975) of Picnic at Hanging Rock, which resulted in an increase in the popularity of the Hanging Rock Reserve as a destination for local, Australian and overseas visitors. [Criterion G]