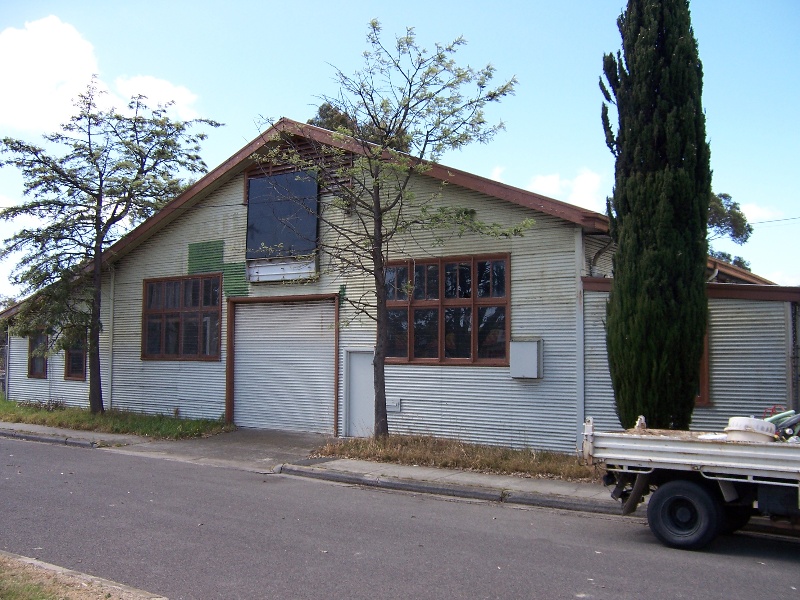 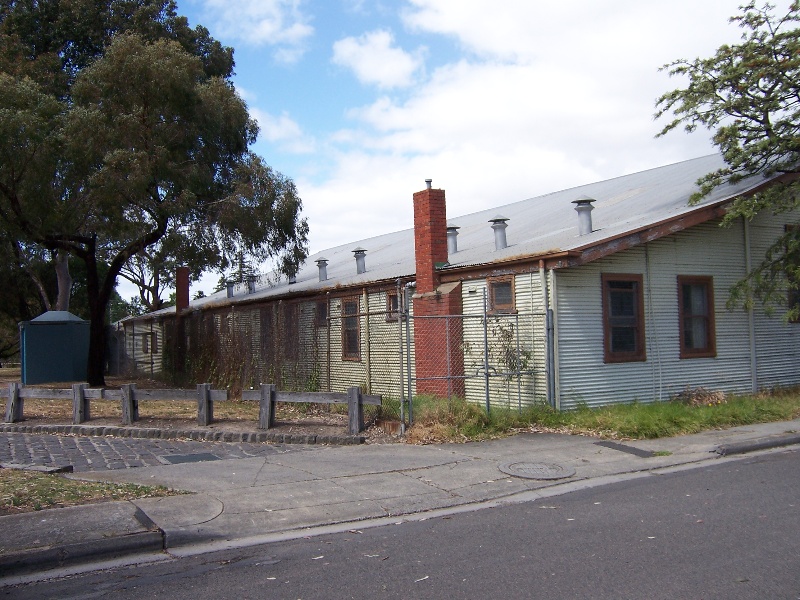 Dandenong Drill Hall, a timber-framed, corrugated iron clad building with iron roof and trusses built c.1915, was one of about 40 timber and iron drill halls built in Victoria between 1912 and 1916. The building comprises a major hall space with a number of smaller rooms leading from the main hall including a kitchen, offices, storage room and mess rooms. The floors are of concrete in the hall and timber in the surrounding rooms. There are three small sheds at the rear of the hall and a large vehicle shed adjacent to the hall.

The introduction of Universal Training in 1911 by the Commonwealth Government meant that all Australian men had to receive part time military training. This decision meant that most country towns of reasonable size needed to have a drill hall. While there were already many such buildings available in Victoria, which had a long tradition of volunteer militia, nonetheless many new buildings were required immediately. The design of the new drill halls was by Commonwealth architect John Smith Murdoch, apparently developed from Queensland models and became a pattern adopted Australia-wide. (Before Federation Murdoch was the Queensland government architect). The very first of these new type drill halls in Australia was constructed in Warragul, Victoria from late-1912 to 1913.

The first volunteer corps at Dandenong was a Light Horse troop in 1877. The Victorian Rangers, a volunteer body formed in 1888 had a local unit at Dandenong. Eleven Dandenong men went off to serve in the South African war in 1899. The need for a drill hall at Dandenong became urgent by 1913 as there were about 170 members of the different corps in training. In a memo dated 1 July 1913 to the Minster for Defence W. H. Irvine, Sergeant Manners MacFarlane advised that suitable land could be excised from the Government reserve known as Dandenong Park used for sports and grazing. The purchase of this land was gazetted on 11 September 1915 and the building in use by January 1916.

In 1938 substantial additions were made to the building including an Officers' Mess, Sergeants' Mess, lecture room and cloak room. These additions were needed as Dandenong had recently become the headquarters of the new 52nd Battalion (the Gippsland Regiment) and required additional facilities, in particular mess facilities, for officers and other ranks who travelled long distances to attend functions, conferences, lectures and other activities.

The drill hall was used as a recruitment centre during both world wars. In 1947 the drill hall was allocated to 5 Infantry Battalion as a depot for the training of the Support Company. Some minor alterations took place in 1949 involving partitioning, new fireplaces and a recreation room at the rear. Additional land adjacent to the training depot was acquired in 1951 for garaging 15 vehicles. In 1957 the Drill Hall became the home of the 15th Field Regiment, Royal Australian Artillery, a 200 strong citizen military force unit.

The drill hall also has a long history of community use and from its earliest days it was used as the venue for dances and other activities. In 1973 the Department of Army moved to a new site and in 2002 the Department of Defence disposed of the property to the City of Greater Dandenong.

Dandenong Drill Hall has local historical and social significance for its long associations with citizen soldiers and the wider community in the Dandenong area and local architectural significance as a representative example of the many timber and iron drill halls built between 1912 and 1916.