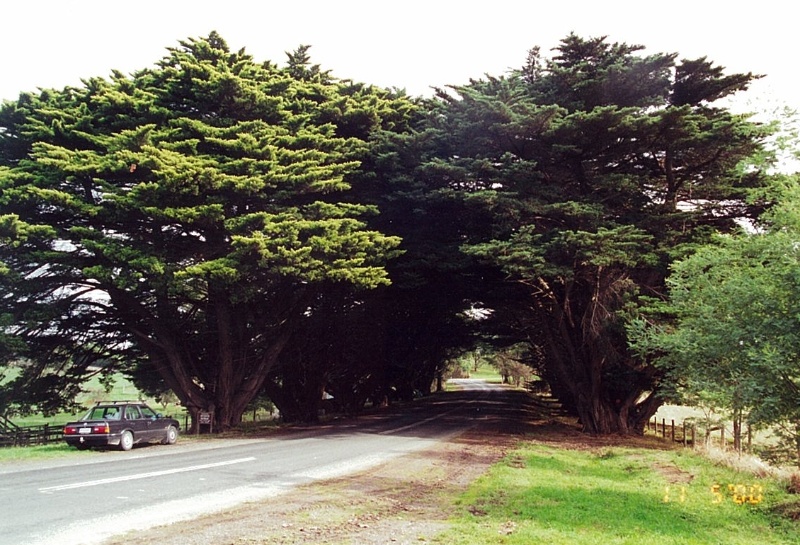 What is Significant?
The Strzelecki Avenue of Honour, planted on 4 July 1919, at Korumburra-Warragul Road, Strzelecki.

Why is it Significant?
The Strzelecki Avenue of Honour is of local historic, social and aesthetic significance to the district of Strzelecki.

Historically, the Avenue is important as as the World War 1 memorial for Strzelecki and district.

One of a series of memorial avenues that were established throughout the Shire, presumably in response to the initiative of the Victorian State Recruiting Committee, it expresses the impact that World War 1 had upon small rural communities. (AHC criteria - A.4 and D.2) Socially, the now mature Avenue is important part of the identity of the Strzelecki district. It defines the centre of the Strzelecki district by providing a strong visual focus that links its two important public buildings, the Uniting Church and the Public Hall, situated at either end. (AHC criterion - G.1) Aesthetically, the Avenue is one of the most intact in the Shire and forms a continuous canopy across the road to create a dramatic tunnel-like effect. (AHC criterion - E.1)