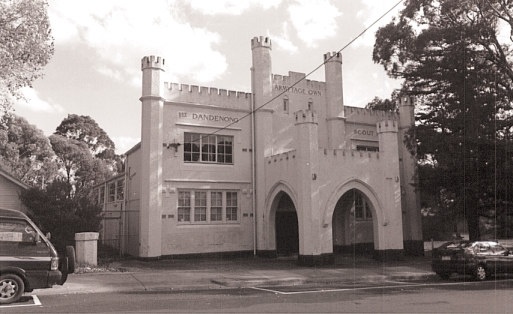 As perhaps the State's finest scout hall, with its distinctive crenellated street facade, as compared among other scout halls built in that era which were typically utilitarian and later often housed in former military huts (Criteria B.2, F.1)

For the hall's close connection with Miss Ada Armytage who, with her sisters, provided strong financial support to the group because, in turn, of the sisters' contact with Lord Baden-Powell (Criteria H.1).

For the hall's long association with the 1st Dandenong Scout Group, Mr Ted Swords, the first scout master and Dandenong High School, among many other key community groups and figures (Criteria H. 1)

For the hut and the hall's combined role at the home front during WW2, a significant period in the area's history (Criteria A.4).