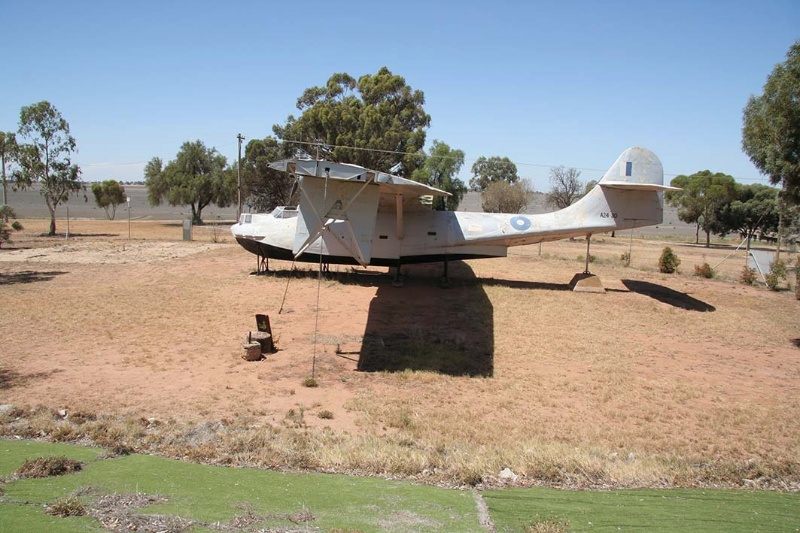 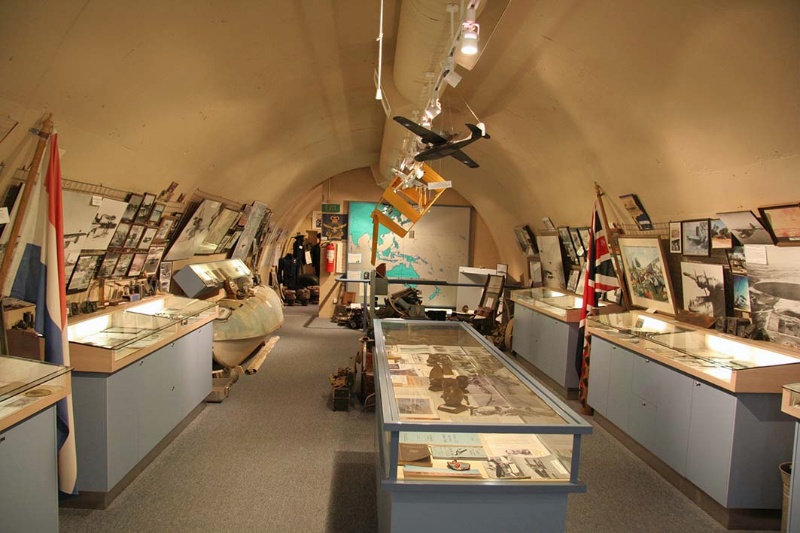 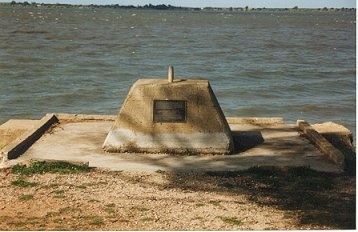 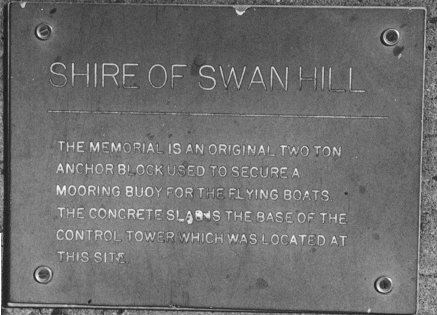 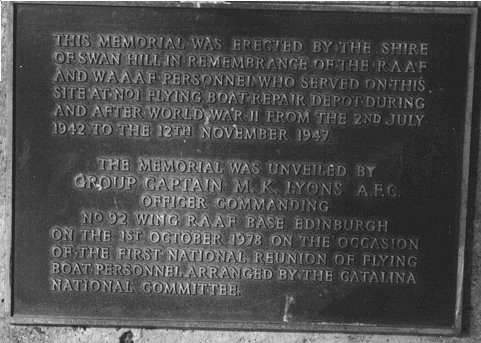 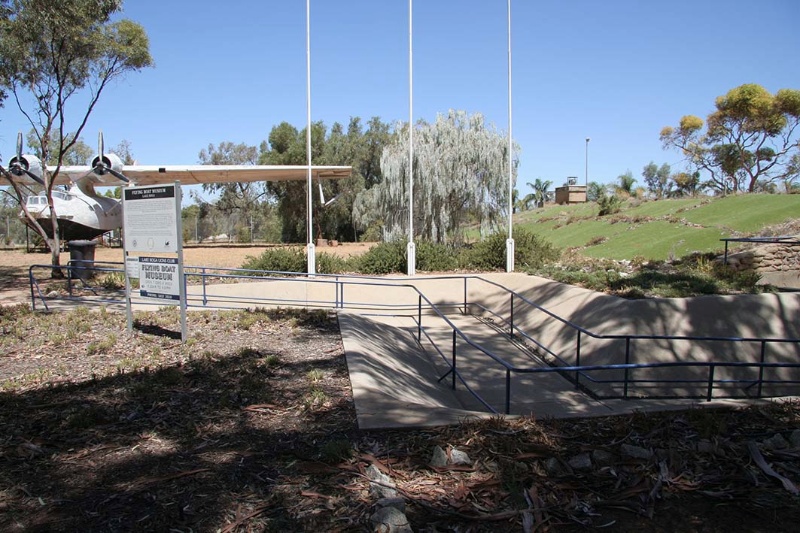 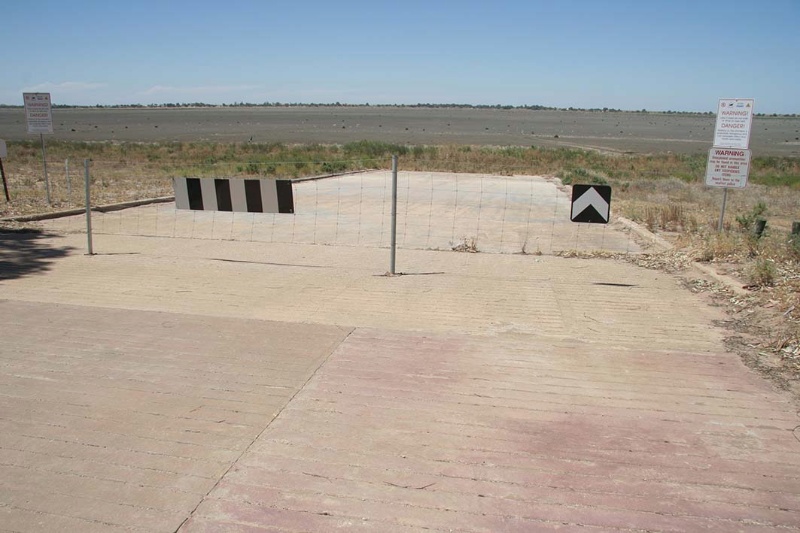 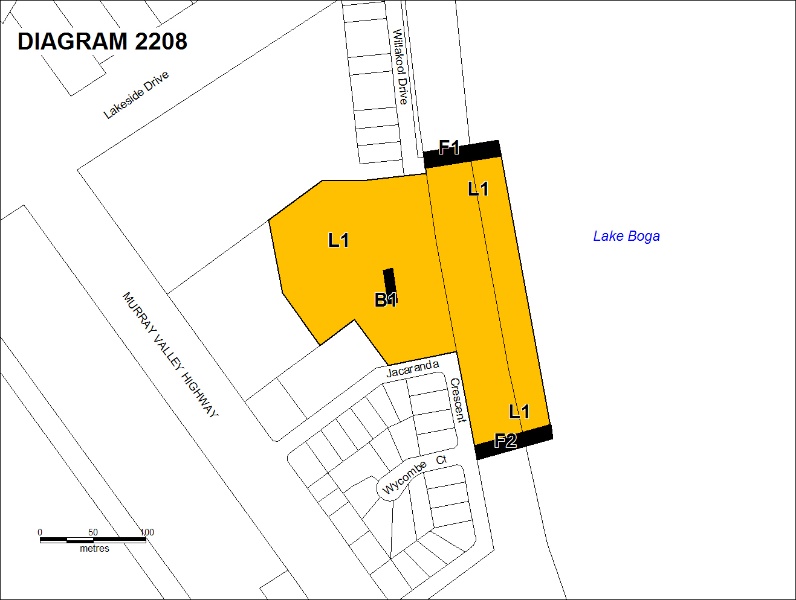 The Lake Boga Flying Boat Museum is located on a foreshore site which was part of the World War II RAAF Flying Boat Repair Depot. It features an original communications bunker, slipways, a Catalina flying boat of the type which was serviced and repaired there during the War, and a collection of related artefacts.

Flying boats were an important component of the RAAF war effort. The Catalina aircraft, which was first produced in the US in 1939, was quickly adopted by many of the allied forces, and formed the backbone of the RAAF flying boat fleet. Although it had a low top speed for a fighting aircraft, it also had outstanding load carrying capacity and endurance and was extremely robust. It was deployed extensively in the western Pacific for bombing, reconnaissance, supply drops and rescue missions. The RAAF placed its first order for 18 PBY-5 Catalina flying boats in 1940. The first RAAF flying boat operations started in January 1942 with a raid by Catalinas from a base in Port Moresby. From April 1943 specialized RAAF Catalina squadrons, known as 'Black Cats', flew long distance night-time mine-laying missions which effectively disrupted Japanese shipping). The USAF deployed similar squadrons, also known as the 'Black Cats'.

Following Japanese air attacks on northern Australian towns in early 1942, northern bases and the main flying boat base at Rathmines on Lake Macquarie in NSW were considered vulnerable, and the Department of Air decided to build an inland RAAF flying boat repair depot. Qantas Empire Airways had already established an emergency base at Lake Bogain anticipation of a possible threat to its Rose Bay Sydney base. This site had a number of advantages - the lake was clear of obstructions, with flat surrounds, and aircraft could take off from the lake in any direction. The site was serviced by a railway, and power was available from Swan Hill, which also had an aerodrome.

The first personnel arrived in late June 1942. Open fronted 'grandstand' hangars, workshops and stores buildings were established on concrete aprons around a curve on the foreshore, serviced by two concrete slipways, with a central timber fuelling jetty. Moorings buoys were set up in a long arc around the lake. The concrete semi-underground radio communications building was located in a central open area in front of the hangars. A similar bunker for VHS radio transmission was located on higher ground to the southwest of the town. At first personnel were accommodated at Swan Hill, but an RAAF barracks and WAAAF quarters were established at the western end of the Lake Boga township by the end of 1942.

The first RAAF Catalina arrived at the Lake in July, and the first repaired Catalina took off in September. The base also serviced flying boats from the Royal Netherlands East Indies Air Force and US forces. In all, 416 aircraft were serviced and repaired at the base, including Catalinas, Dorniers, Kingfishers, Short Sunderlands, Supermarine Walruses and Martin Mariners. Catalinas were the only aircraft to see service with the RAAF for the entire wartime operations, and 168 were acquired by the RAAF. After the Japanese surrender, Catalinas were used to ferry home ex-prisoners of war, as well as servicemen from Borneo, New Guinea and the islands. The Lake Boga base was closed in 1947, when the majority of buildings were removed.

The concrete radio communications bunker and two slipways remain on the foreshore site, along with a reconstructed PBY Catalina. Elsewhere on the former base there are remains of the concrete aprons and footings from the hangars and maintenance sheds, a concrete emergency generator house and remnants of posts and earthworks from the original perimeter fence. The VHF radio communications bunker and scattered evidence of the former barracks area remain to the west of the town. A playing field now occupies the site of the parade ground.

The Lake Boga Flying Boat Museum site is of historical significance as a component in the flying boat operations of the RAAF, which made an important contribution during the Allied conflict with Japan.

The Catalina aircraft on the Lake Boga Flying Boat Museum site is of historical significance for its rarity as one of only a few remaining examples of this important wartime aircraft in Australia.

The Lake Boga Flying Boat Museum site is of historical significance for its capacity to demonstrate the features of an RAAF base established under the difficulties and contingencies of wartime, in contrast to the more formal and self-contained bases established before World War II.

The Lake Boga Flying Boat Museum site is of historical significance for its connection with important missions and battles during World War II. Aircraft which participated in those events were serviced at the base.

The Lake Boga Flying Boat Museum site and collection is of social significance for its associations for RAAF and WAAAF personnel and their families, and for the local community which was involved in the establishment and activities of the base.