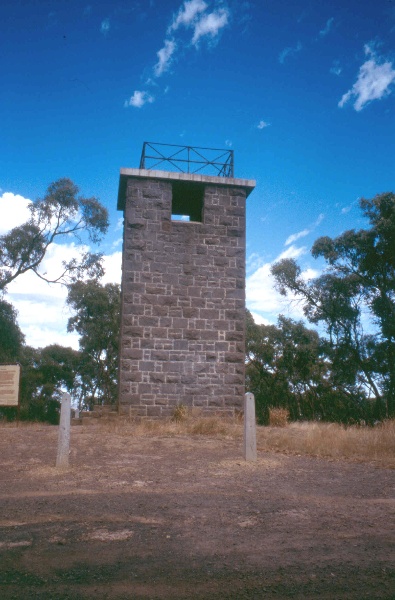 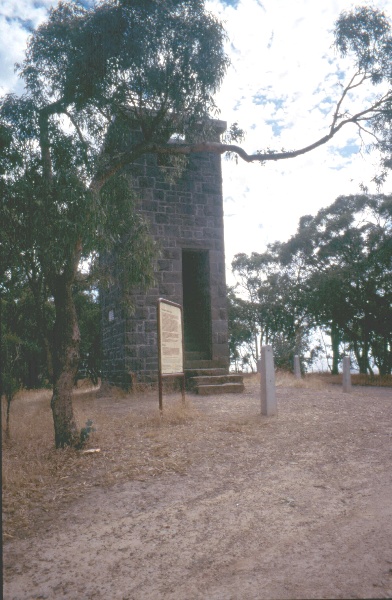 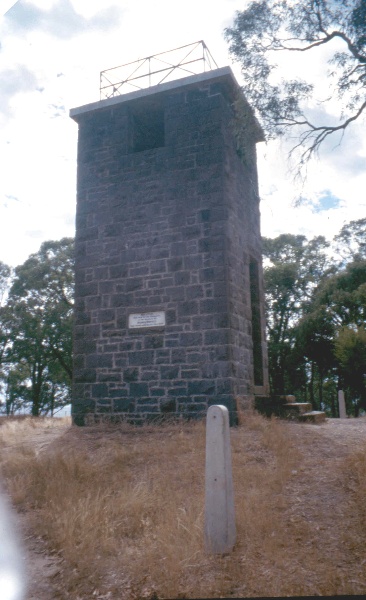 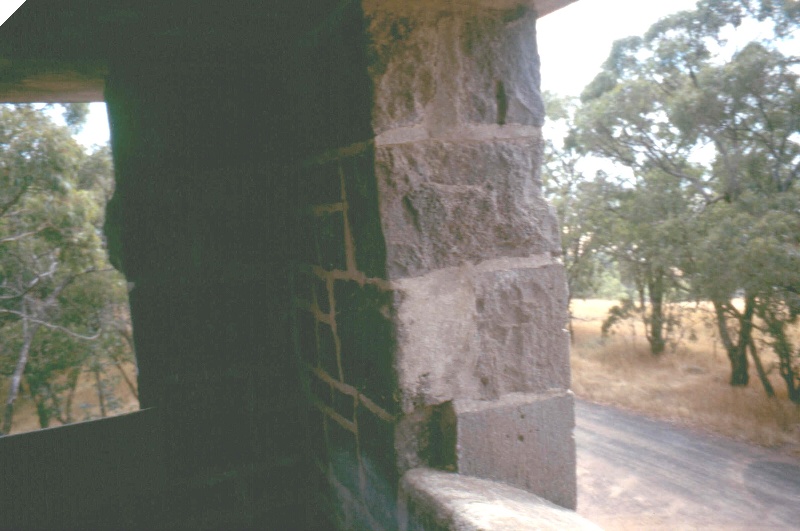 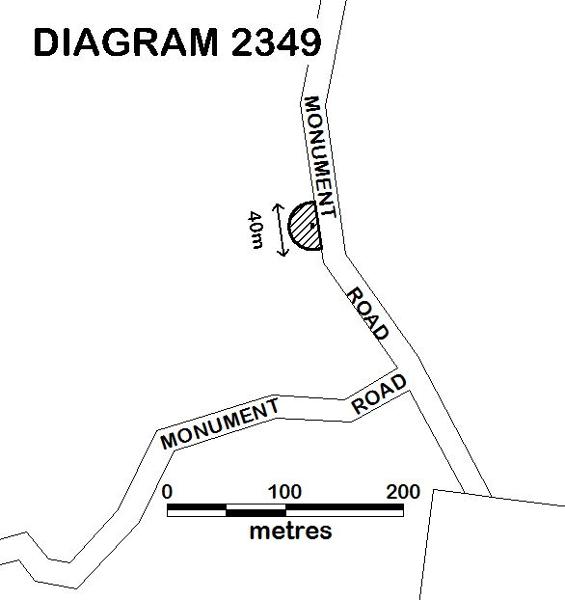 The Kilmore Hume and Hovell Monument was constructed in December 1924 to celebrate the centenary of the explorers' journey from the settled districts of New South Wales to Port Phillip. Hamilton Hume and William Hilton Hovell, together with six convict servants, travelled from Hume's property at Appin on 3 October 1824 and arrived at Corio Bay on the southern coast of Australia, mistakenly believed to be Western Port, on 16 December 1824. With no loss of life or serious injury, the expedition was a great success and recorded important features, such as rivers, the Great Dividing Range and vast, potential grazing lands in Victoria. As a result, pioneers such as the Henty brothers were encouraged to settle at Portland in 1834 and John Batman formed the Port Phillip Association to further investigate the region. This led to the eventual colonisation of Victoria. In December 1824 Hume and Hovell passed by the Kilmore Gap east of Kilmore on the way to Westernport, and it is probable that the party ascended the hill now known as Monument Hill to survey the landscape before them.

In September 1924, the Kilmore Hume and Hovell Centenary Committee proposed the erection of a commemorative lookout tower at a scenic viewing spot in Kilmore. In the Argus and the Kilmore Advertiser, the site was recorded as follows: 'From it, many miles of country travelled by the exploring party is directly under view, covering the track taken by them after leaving the Murchison, up to Sunday Creek, which rises in the ranges and goes down the valley towards Wandong and then to Mount Disappointment, which is also in view from this vantage point'. This selected site became known as Monument Hill. The monument was restored in 1999 and reopened for its 75th anniversary celebrations.

Designed by local engineer Richard Fennelly, the Kilmore Hume and Hovell Monument is a rectangular tower structure approximately 7.8m (approximately 25 feet) tall, of coursed, quarry faced bluestone ashlar with subtle quoining at the corners and simple rectangular viewing openings in the upper walls and roof. The stone was reused from a demolished watchtower at the Kilmore Gaol (1859). Set into the exterior of one of the walls is a smooth white marble plaque with finely crafted black lettering that is surrounded by a mixture of roughly tooled, and quarry-faced, bluestone ashlar. A red brick interior wall supports a winding staircase, constructed of bluestone steps, leading to the top of the tower. The top of the monument is finished with concrete (replaced in 1999) and is accessed via a metal ladder set in concrete sides, and then through a rectangular opening in the concrete. The black painted metal balustrade was restored in 1999 to resemble the balustrade design illustrated in early photographs and further modifications have since been made. There is a Geodetic Survey Victoria Triangulation Station marker set into the concrete.

The Kilmore Hume and Hovell Monument is of historical significance to the State of Victoria.

It satisfies the following criteria for inclusion in the Victorian Heritage Register:

The Kilmore Hume and Hovell Monument is significant at the State level for the following reasons: