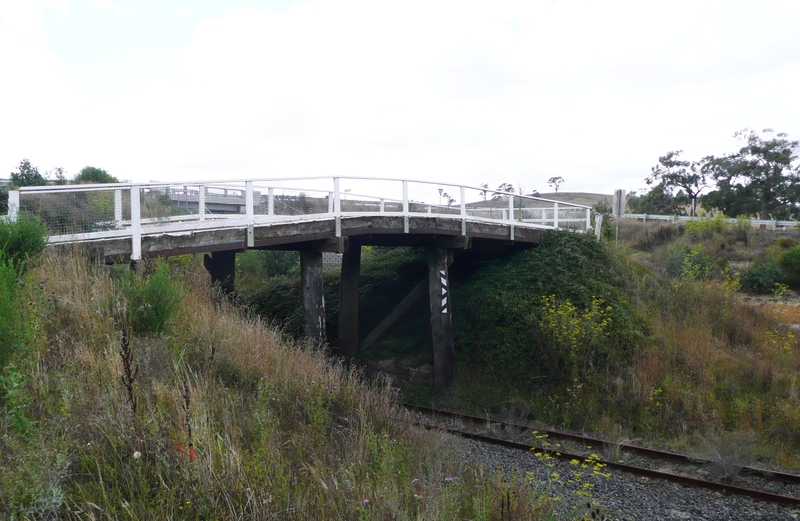 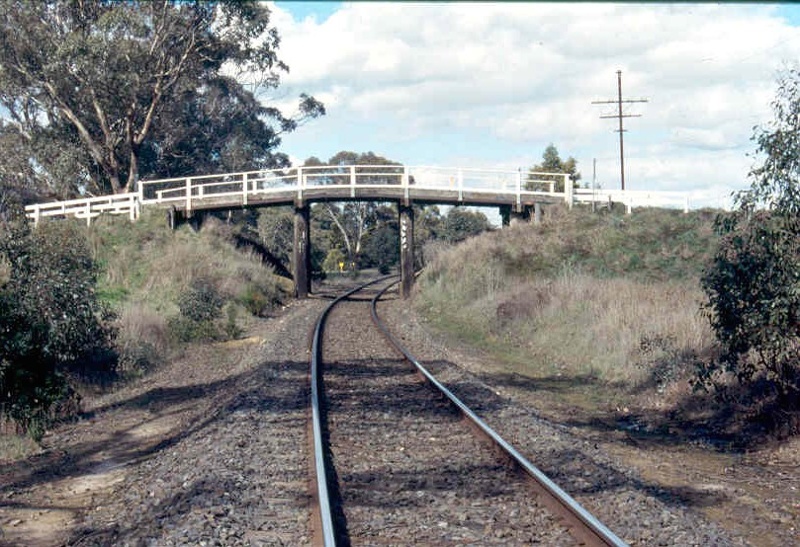 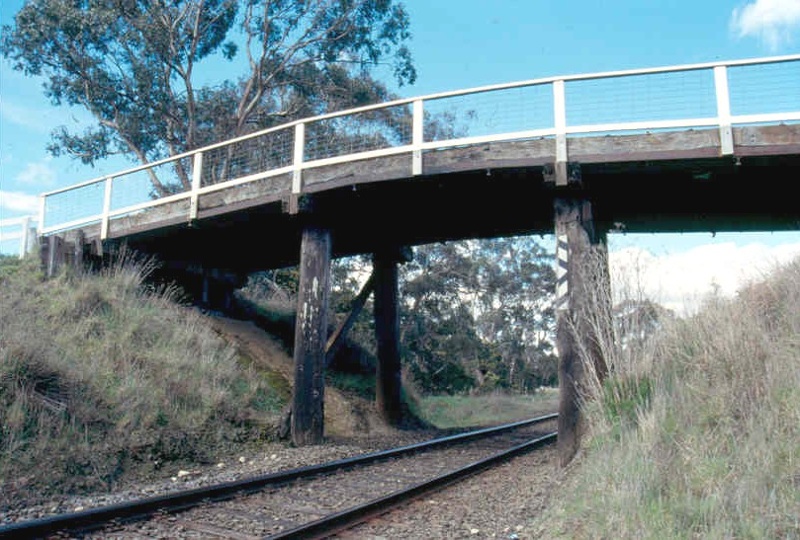 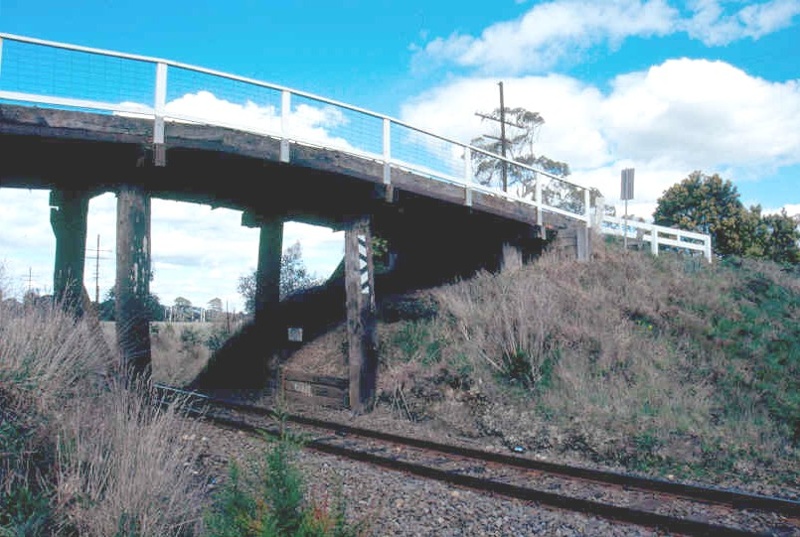 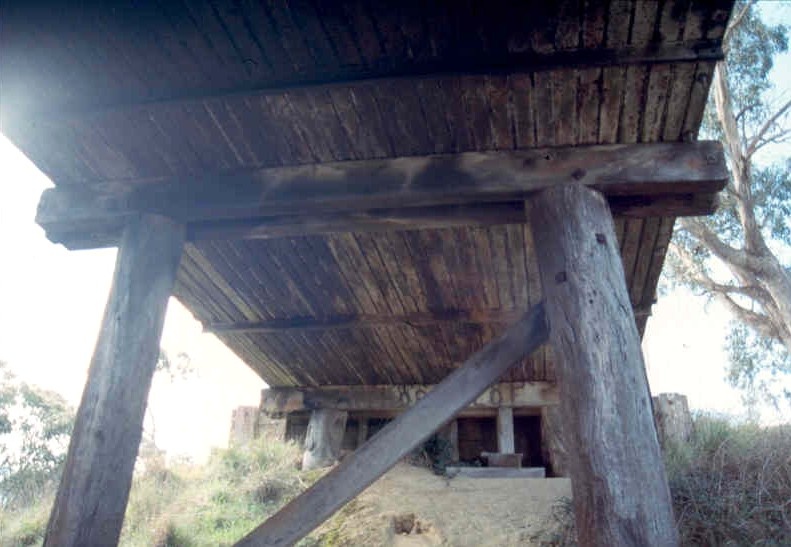 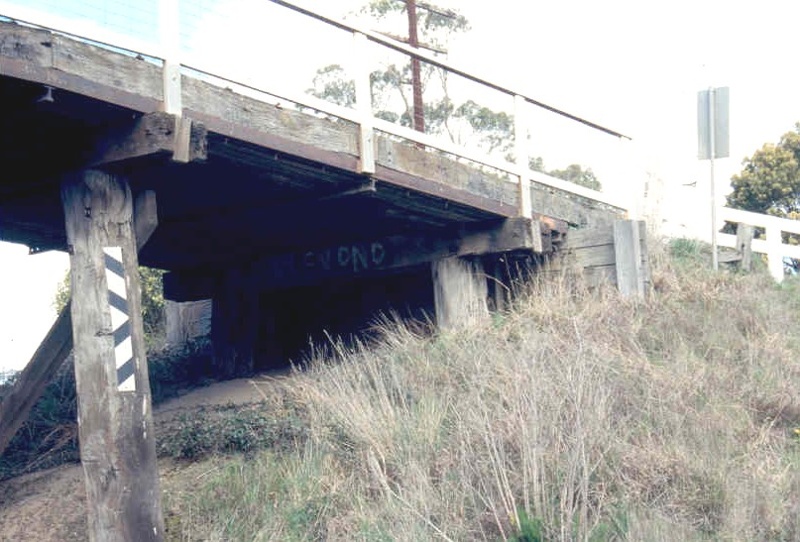 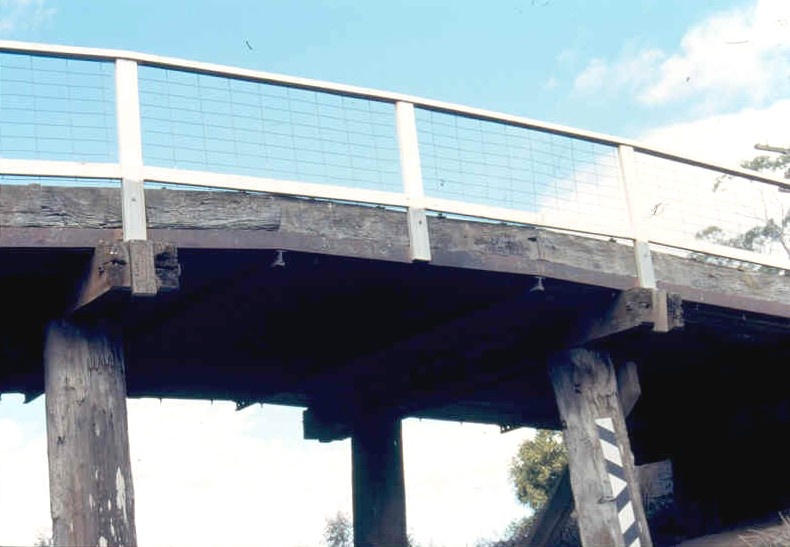 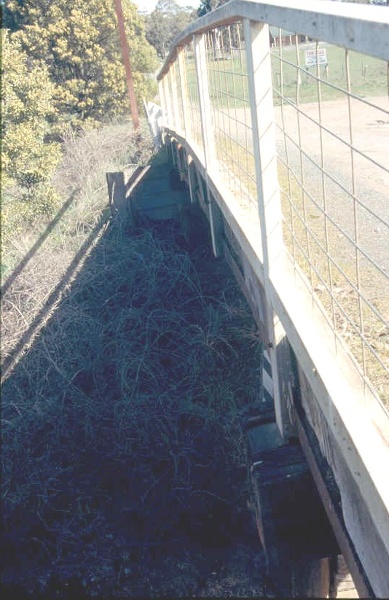 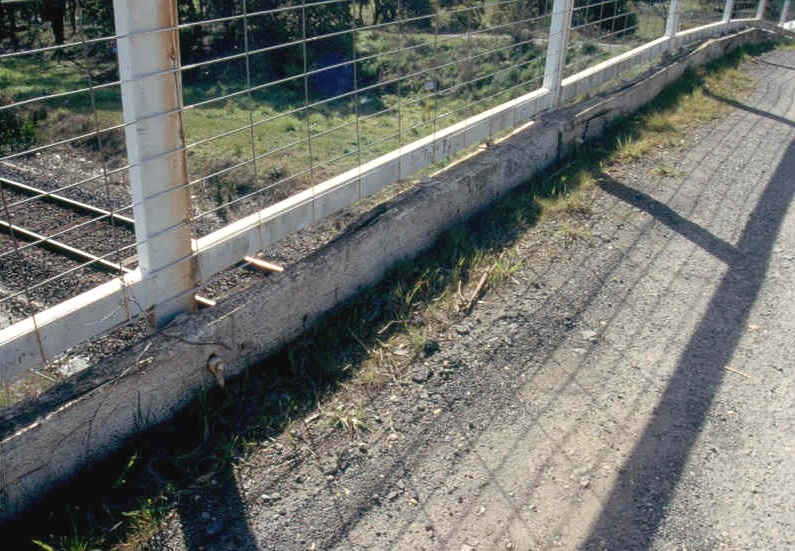 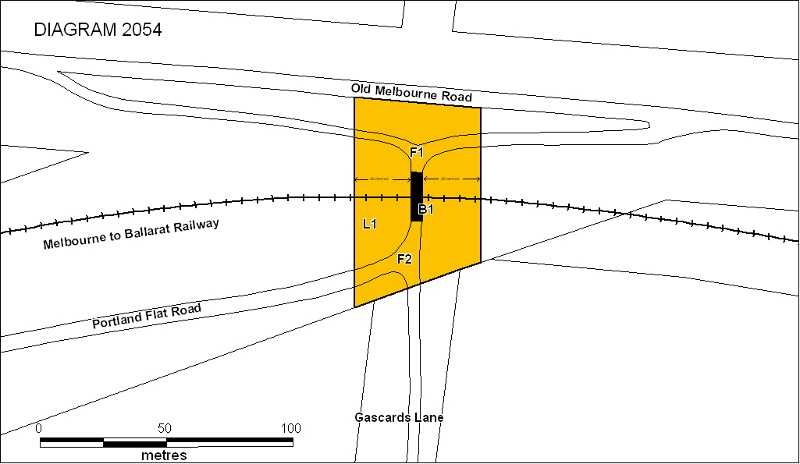 The Western line between Melbourne and Ballarat was opened in stages and formed the last link in the inter colonial railway between Adelaide and Melbourne. The link between Gordon and Ballan, which this bridge crosses, was opened in 22nd December 1886, with the final link in the line, between Ballan and Bacchus Marsh opened on the 4th of December 1889. The bridge was not part of the original works, rather a level crossing with a gatehouse was provided. However as the crossing is on a bend there were concerns about the danger of fast express trains meeting slow horse drawn carriages and carts. Drawings were prepared in October 1899 and the Ballan Times reported on the June the 6th 1900 that the bridge was built.

The bridge deck is constructed of a concrete slab poured over a base of thirty two longitudinal recycled light railway lines that act as both formwork and reinforcement. The road surface is a rock base with an asphalt top. The supporting structure consists of four pairs of hardwood piles, each pile is typically 550mm in diameter. The centre pairs being braced with 245x130 hwd scantlings. The inside faces of the centre piles have been squared off to maximize clearance. Across the top of each pair of piles are two 330x160 cantilevered bearers.

How is it significant?
The Portland Flat Road road over rail bridge is of architectural and scientific (technological) significance to the State of Victoria.

Why is it significant?
The Portland Flat Road road over rail bridge is architecturally and scientific(technological) significant as an outstanding example of rail in slab bridge construction and clearly displays a number of features that are representative of the type, such as the placement of the rails in the deck and the length of the spans.

The bridge is also technologically significant in demonstrating technical innovation. This includes the rail in slab deck. Rail in slab construction utilises redundant light railway lines to reinforce a concrete slab. As such the Portland Flat Road bridge is significant as an example of early reinforced concrete bridge construction, being built within a decade of its earliest known use in Australian. The bridge is also a fine representative example of a form of construction utilising recycled redundant materials.

Technical innovation is also evident in the rails that form the deck. These cantilever past the supporting main span piles to support the centre span. This is of importance because of the early date of construction. This being within twelve months of the construction of the bridge at Great Western which is first known use of this technique on a road over rail bridge that was built by the former Victorian Railways.

The Portland Flat Road Bridge is also of architectural significance as a rare surviving example of a rare form of bridge i.e. hump backed, with a timber sub structure and with rail in slab deck built, by the former Victorian Railways.