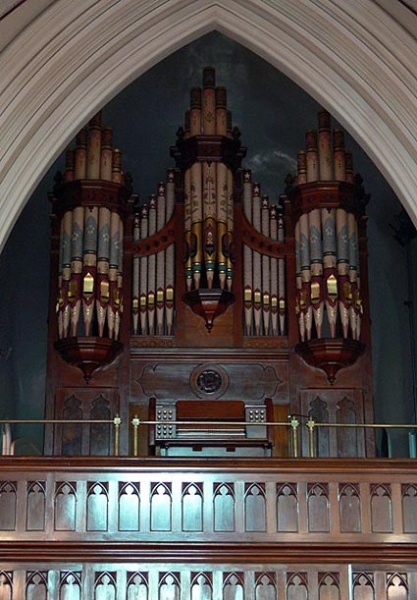 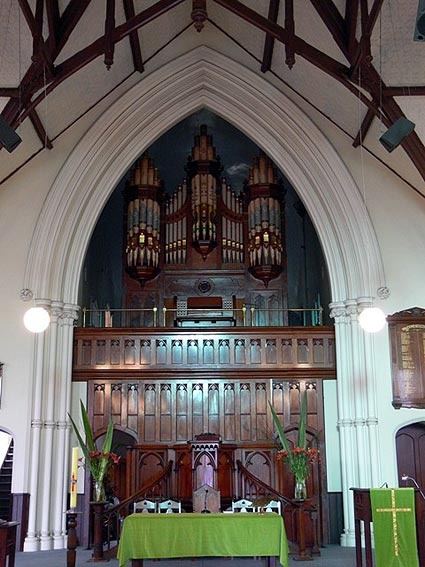 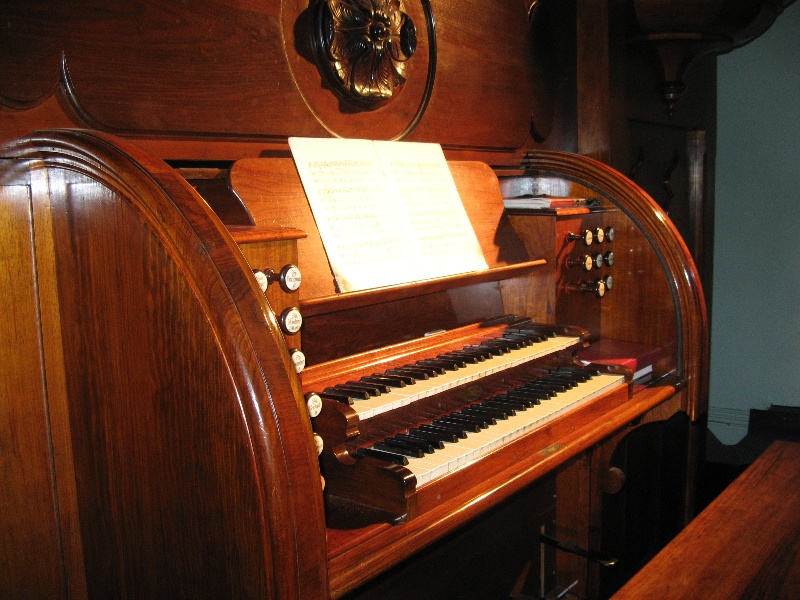 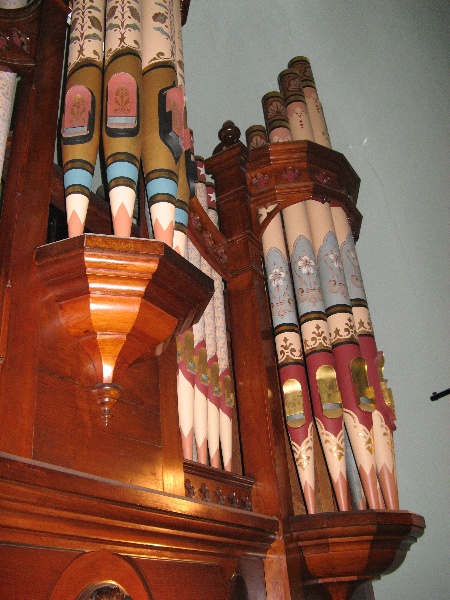 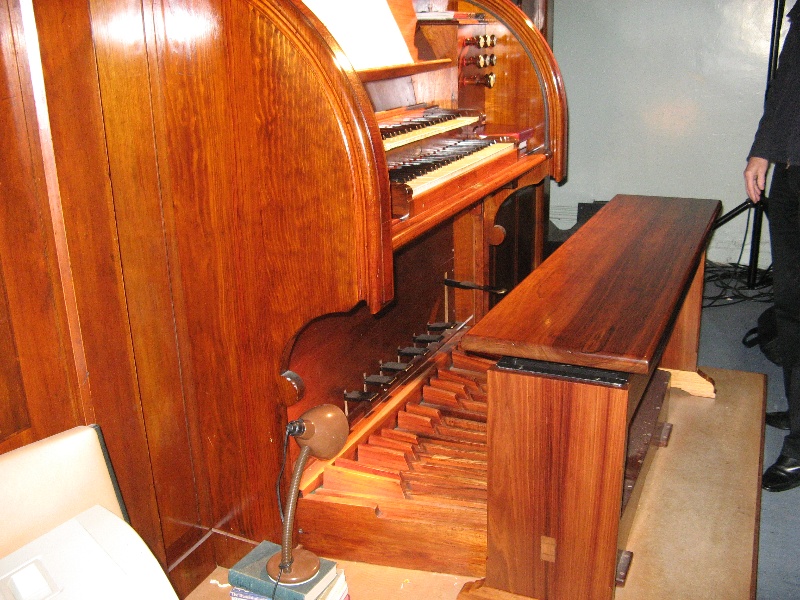 This pipe organ was built by Fincham & Hobday in 1891 at a cost of £895 and was installed in a purpose built gallery in the apse of the Emerald Hill Presbyterian Church (now the South Port Parks Uniting Church) in South Melbourne. The church had been designed by the architect William Ireland and opened in 1860. In 1888 the prominent Melbourne organbuilder George Fincham had formed a partnership, under the name of Fincham & Hobday, with Arthur Hobday, who had served his apprenticeship and worked with Fincham since c1865. The partnership survived until 1896, during which time the firm produced a number of pipe organs notable for their high level of finish, excellent voicing of the pipework, beautifully crafted consoles, excellent cases and finely decorated facade pipes. In 1900 the organ was moved forward to the front of the gallery and the console relocated at floor level. An electric blowing plant was added in 1909. Major repairs were made to the organ in 1958 through the Farquhar Chisholm Memorial Organ Fund. In 1985 George Fincham & Sons replaced the console within the organ case and moved the organ back to its original location. The combination action was made entirely pneumatic at this time. Further restoration was carried out in 1996 by S J Laurie Pty Ltd, involving a complete restoration of the action, windchests, console, double-rise reservoir and casework. The facade pipes were restored by Marc Nobel and Christine Holmes.

The Fincham & Hobday pipe organ is located in a fine timber organ gallery in a Gothic arched recess in the apse of the South Port Parks Uniting Church. It is a large two manual instrument, with a finely crafted console and case. The facade pipes have elaborate patterns and colours of outstanding richness and variety.

The Fincham & Hobday pipe organ in the South Port Parks Uniting Church at South Melbourne is of historical significance to the state of Victoria.

The Fincham & Hobday pipe organ is historically significant as a largely unaltered example of the work from the early 1890s of the prominent Melbourne organbuilding firm of Fincham & Hobday. It is the largest Fincham two-manual instrument from the nineteenth century to remain intact. The tonal design and voicing of this instrument display a strong Romantic influence and the organ has added historical importance because it has the largest extant tracker action in Victoria. The fine casework and console, and the elaborately decorated display pipe are excellent examples of the organbuilder's craft.