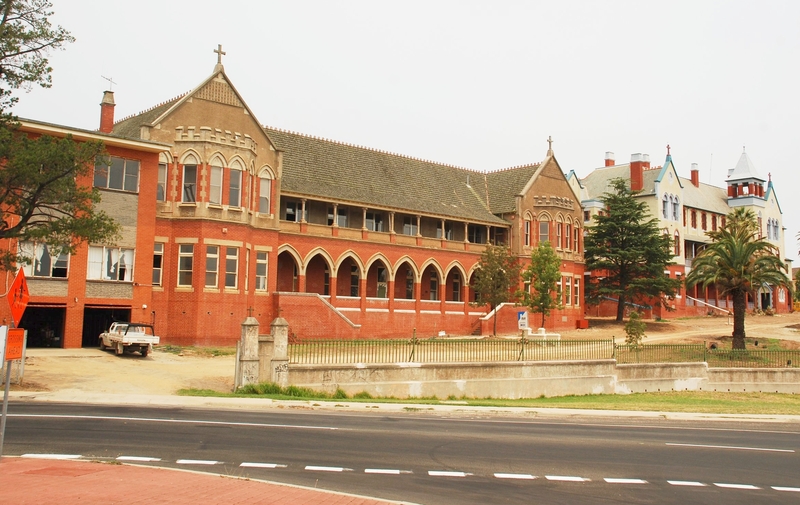 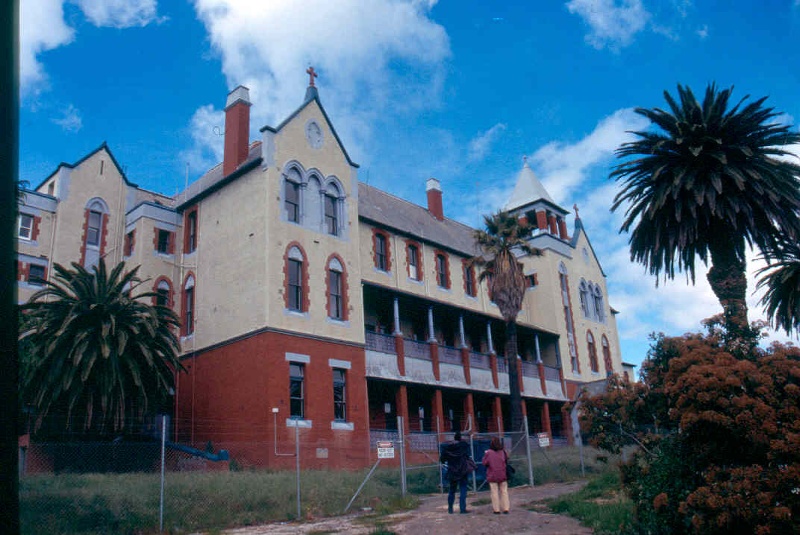 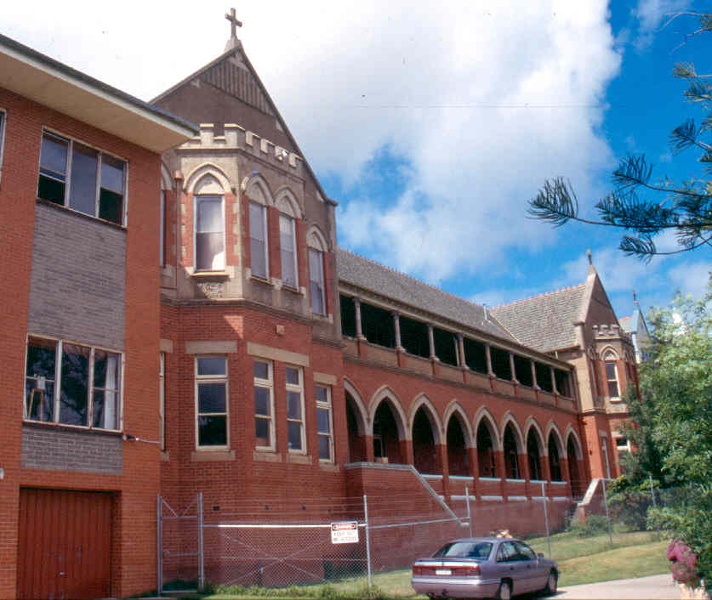 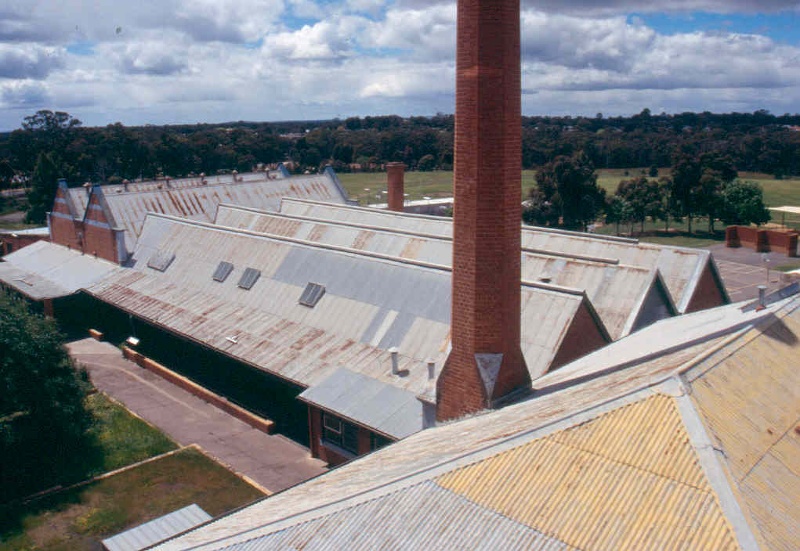 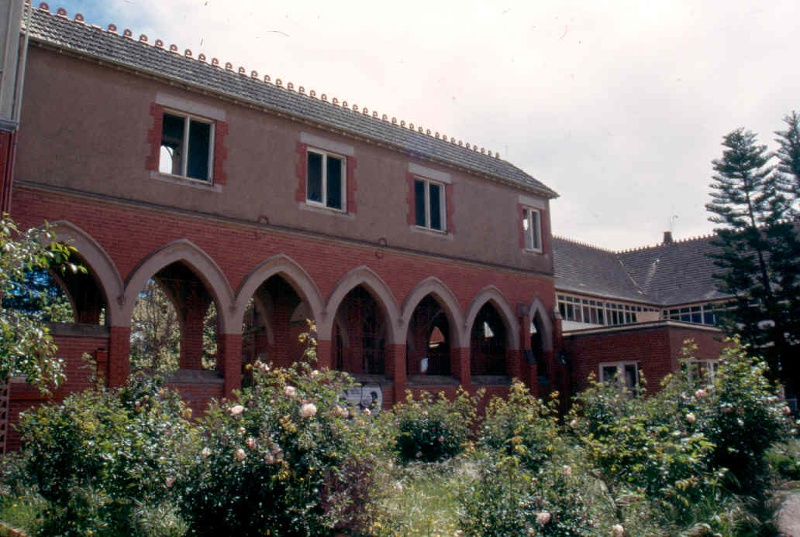 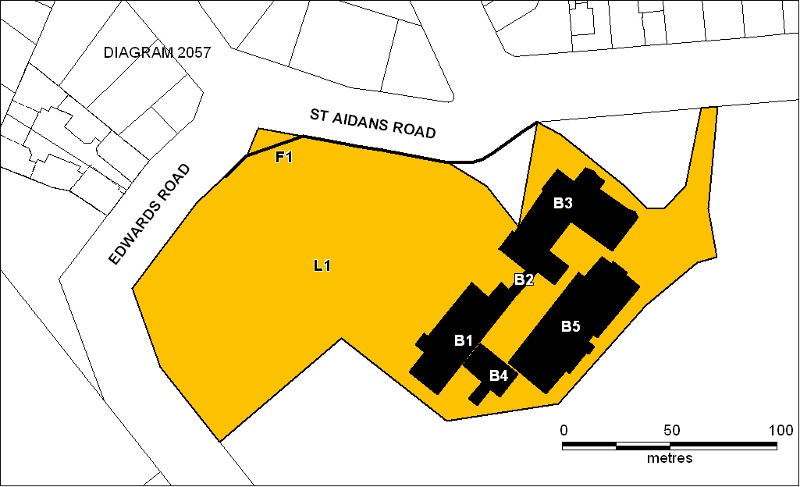 What is significant?
The first four Sisters of the Good Shepherd Order arrived in Melbourne in 1863 at the invitation of Bishop James Goold and set up their Abbotsford Convent (VHR H0951). The order originated in Angers, France where they had provided care and protection for women and girls. In 1904 some of the Sisters from the Abbotsford Convent arrived in Bendigo at the request of Bishop Stephen Reville to set up St Aidan's Orphanage. A house and 40 acres of land had been purchased for the orphanage, funded by the estate of Rev. Father Dr Henry Backhaus. The Sisters also established a refuge for women. Bishop Reville stipulated that both boys and girls be admitted to the orphanage to avoid splitting up families and St Aidan's Orphanage became the only Good Shepherd convent in Australia to care for boys as well as girls.

A large French Medieval style building, designed by prominent firm Reed, Smart and Tappin of Melbourne and supervised by Keogh and Austen of Bendigo, was officially opened on 19 July 1905 before a crowd of some 2000 people. The imposing form of the building was alleviated by a simplicity of detail, asymmetrical massing and a picturesque tower with a bellcast roof. Between 1909 and 1912 the building was completed including a two-storey block for boys comprising dormitories and a dining room known as 'The Lodge' (now demolished). A separate laundry was built at the same time as the 1905 building but it is believed that the current laundry building dates from the late 1920s with an extension in the 1950s. In 1924 the cast iron entrance gates and fence were built.

The orphanage continued to grow and in 1930-31 a two storey building designed by EJ and KB Keogh was constructed to the east of the 1905 building. With its gables and Gothic arches, it complemented the 1905 building. The Sisters received a government grant of £7000 from the Unemployment Relief Fund towards the cost of the building and local unemployed men worked on the site. This was a major work in Bendigo during the Great Depression era. Opened by the Premier EJ Hogan on 14 June 1931, the building was widely admired for its modern conveniences including a separate sick ward and heating system.

Further accommodation was provided with the construction of a building in 1956 (not included in current ownership). By the 1970s the philosophy of the Good Shepherd Order had evolved from protecting people within the convent to helping people outside the walls of the convent and gradually the order?s large convents and institutions around Australia closed. During the 1970s residents and Sisters who were living at St Aidan?s were moved to houses outside the convent. The complex was sold to Girton College in 1984.

The imposing buildings were once surrounded by a large estate with a farm, orchard and park-like garden. The land has been reduced by subdivision, but the front garden survives. The garden includes seven Canary Island Date Palms (Phoenix canariensis), a Monterey Cypress (Cupressus macrocarpa) hedge, a Golden Cypress (Cupressus macrocarpa 'Horizontalis Aurea'), a Mexican Fan Palm (Washingtonia filifera), footings of two removed statues and curving drive and paths.

How is it significant?
St Aidan's Orphanage is of historical, social, architectural and aesthetic significance to the State of Victoria.

Why is it significant?
The complex has historical significance as one of the largest and most visible charitable institutions in the State. The orphanage and refuge had a long history of accommodating and educating generations of disadvantaged women and children. The 1931 addition to the orphanage is a tangible reminder of the extent of poverty during the Depression era, the rising number of State wards in the system and the increasing pressure put on institutions such as St Aidan's.

The complex is historically important for its associations with the Good Shepherd Sisters who have made a significant contribution to social welfare throughout Australia.

The complex is historically important for its associations with the Catholic Church and the important role the Church played in the history of social welfare in Victoria. The landmark buildings at St Aidan's Orphanage dominated the surrounding countryside, giving a high visibility to the charitable works of the Catholic Church and making a compelling statement about its authority. The complex has associations with significant members of the Church including Rev Dr Henry Backhaus, (1811-1882), pioneer clergyman of the Roman Catholic Church on the Bendigo goldfields, whose estate provided the land for the building and who is commemorated in the foundation stone of the main building. The complex has further associations with Bishop Stephen Reville (Bishop of Bendigo, 1901-1916) who initiated the establishment of the Orphanage. St Aidan is the patron saint of the diocese of Wexford, Ireland, the birth place of Dr Reville.

The former laundry has historical significance as a rare surviving example of a large industrial building attached to an institution attesting to the size of the complex and the nature of the work involved in its operation.

The complex has architectural significance as a visually cohesive complex built in a complementary style over a long period. The 1905 building is a substantial work from the important architectural firm of Reed, Smart and Tappin. This firm was responsible for the design of many important buildings such as the Royal Exhibition Buildings and Trades Hall, as well as the Good Shepherd Convent in Abbotsford. The buildings are given added drama and prominence by their location on the crest of a hill overlooking the landscaped grounds.

The complex has aesthetic significance for its landscape setting with its collection of palms and cypress and curving drive and paths. The garden, the footings of statues and the encircling fence contribute to an understanding of the place as a refuge from the outside world. Conversely, the spacious grounds were also used as a venue for events such as fairs, garden parties and religious celebrations which drew the outside community into the orphanage.

St Aidan's Orphanage has social significance for the large numbers of children and women who resided, worked and were educated at the orphanage and refuge.