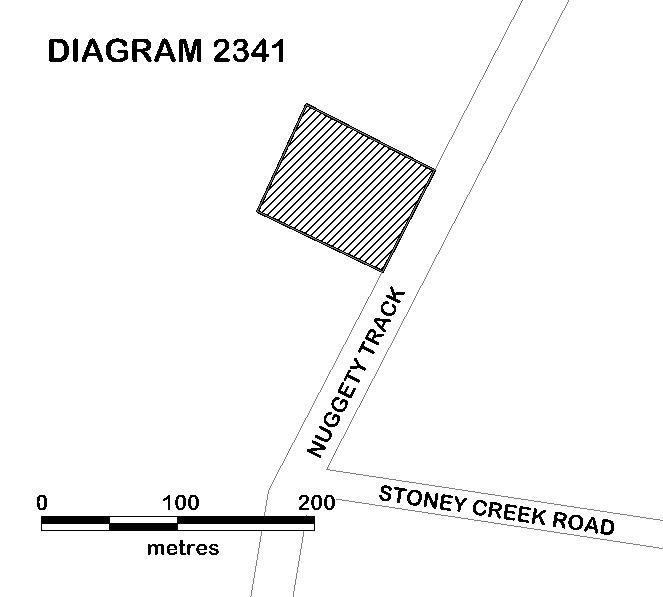 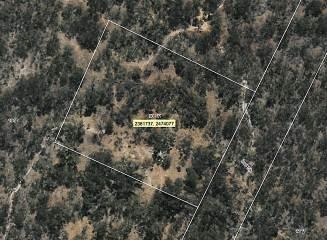 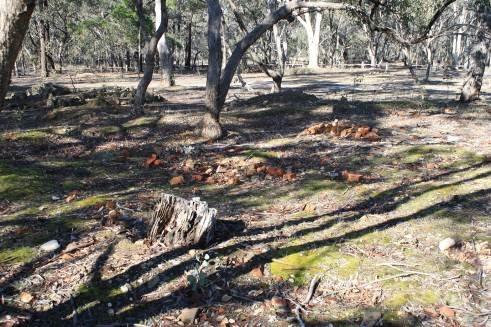 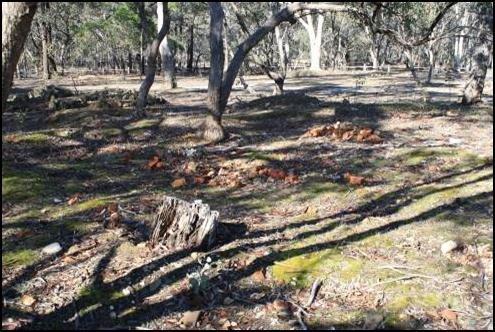 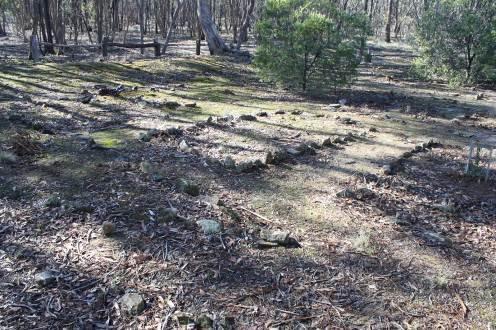 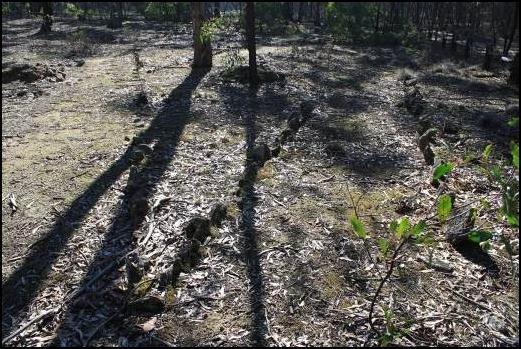 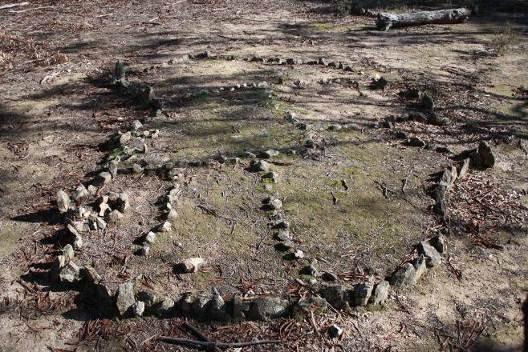 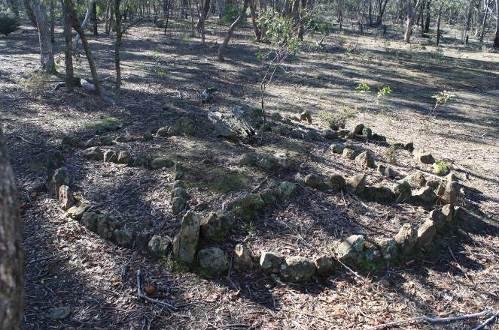 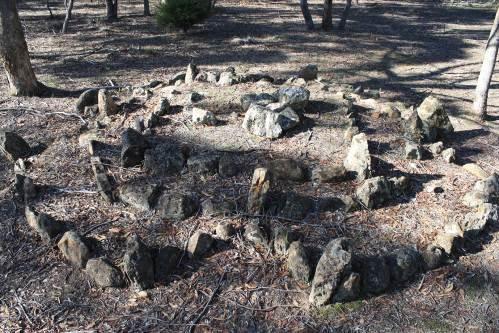 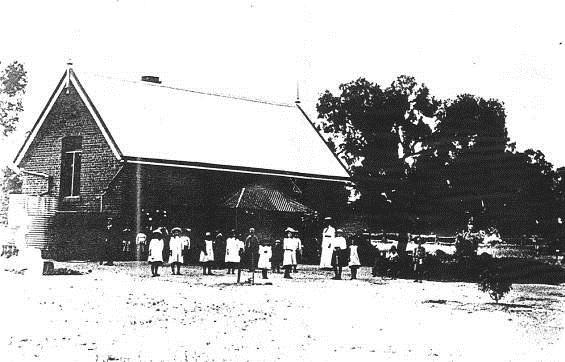 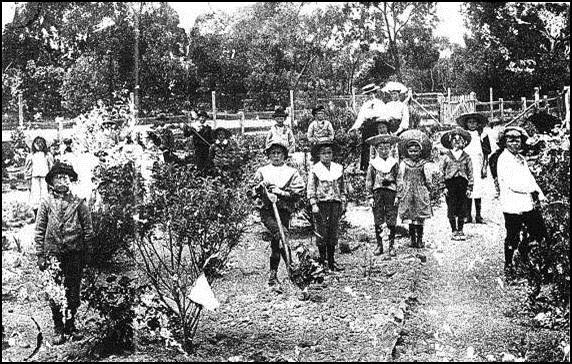 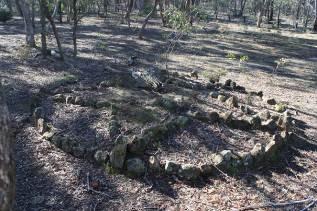 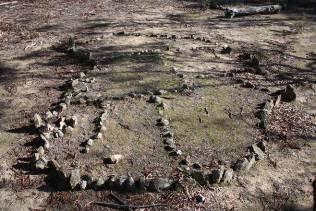 The Stony Creek School Reserve, located in the Talbot State Forest approximately 7 kms southwest of Talbot. It contains the archaeological remains of the 1869 Stony Creek School House and rare examples of school garden beds and educational rockeries dating from the first decade of the twentieth century. There are also some native and exotic trees planted while the school was in use.

The first Stony Creek School House, a timber structure, was built on the reserve in 1865. By 1867 it accommodated thirty-seven students. In 1869, it was replaced by a single-storey brick building. A local gold rush in 1876 saw a great increase in the number of children attending the school. By 1893, the gold had run out and by 1902 student enrolments had fallen to 10. As a result the District Inspector recommended the school should operate on a part-time basis with the Red Lion School, situated near Majorca. In 1905, Miss Elizabeth James, a keen gardener, was appointed head teacher at Stony Creek and remained there until 1913. With her students she created stone rockeries whose various shapes helped educate her students in the geography of Australia, and geometry. They also created stone garden beds, built a flower house and planted trees on Arbor Day. To create this cultivated garden landscape, Miss James and her students cleared the area of stumps and obtained water from a nearby dam for the garden. The establishment of a garden was part of the international school garden movement, evident in Victoria and Australia in the early 1900s, which promoted gardens as a means to learn first-hand about nature, science, mathematics, horticulture and botany. Maps depicting the Federated States of Australia became common in school grounds as an aid to learning about geography. School gardens also reflected the key underlying principle of the State's new education system from 1902: learning through experience. The school closed in 1916 and the brick school building was demolished.

This place contains the remains of the 1869 Stony Creek School house including a building platform, traces of foundations and scatters of brick rubble. In the south-east corner of the school grounds, sandstone and quartz rocks have been used to define pathways and small triangular, square and circular garden beds.

There are also several larger ornamental beds located near the school house. Two of these are rare and evocative relics of the Federation era. One bed has been designed in the shape of a map of Australia (measuring 9.45m x 6.71m) including within it the Federated state boundaries (five mainland states and northern territory but no discernable Tasmania). The other stone arrangement represents a five-point star contained within a 6.1m diameter circle. Another prominent circular arrangement, located near the star, is locally known as a sundial. The school ground has some native and several exotic trees including sugar gum and pine most likely planted after 1905.

This site is part of the traditional land of the Dja Dja Wurrung.

The Stony Creek School Reserve is of historical and archaeological significance to the State of Victoria. It satisfies the following criterion for inclusion on the Victorian Heritage Register:

The Stony Creek School Reserve is significant at the State level for the following reasons:

The Stony Creek School is historically significant as a remnant school garden containing educational stone rockeries. The garden and rockeries were a product of the new Victorian State School education system 1900-1910. Based on progressive trends developed in Europe and England, the system's central philosophy was 'learning through experience' rather than rote learning. [Criterion A]

The Stony Creek School Reserve is rare for its possession of a rockery depicting the mainland Federated states of Australia. This is a rare and evocative symbol of Australia's early years as a nation . [Criterion B]

The Stony Creek School Reserve is of significance for its potential to contain archaeological artefacts and deposits which may be able to provide additional significant information about the history of early twentieth century school education. [Criterion C]

The Stony Creek School Reserve is also significant for the following reasons, but not at the State level.

It is associated with Miss Elizabeth James, the school teacher who was responsible for creating the school garden to help educate her students in geometry, the geography of Federation Australia and the aims of Arbor Day, and to protect and care for trees.