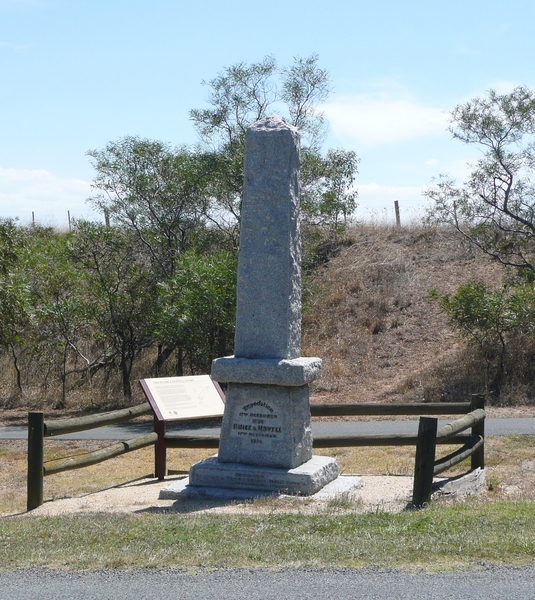 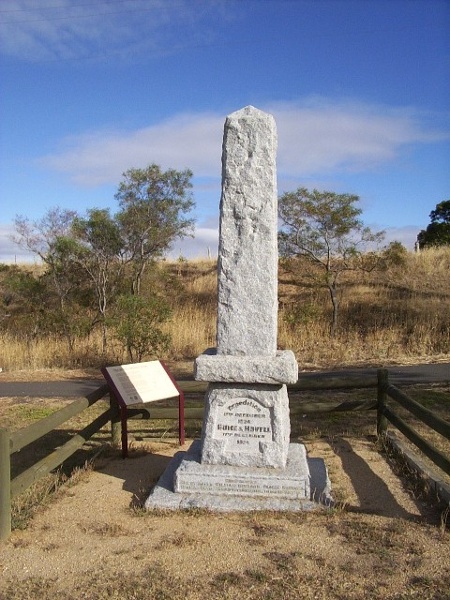 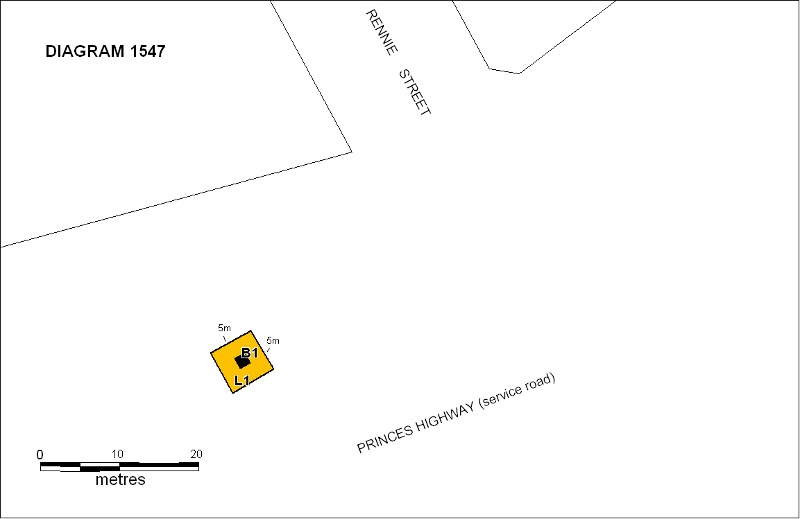 The Hume and Hovell monument at Lara was constructed in 1924 to celebrate the centenary of Hume and Hovell's explorations of land to the south of the settled districts of New South Wales. The Hume and Hovell Centenary Celebrations Committee which was formed in 1924 included representatives from the Education and Lands Departments, the Historical Society, the National Parks Association, the Tourist's Resorts Committee and the Automobile Club of Victoria. The chairman of the committee, ophthalmologist and university lecturer Sir James Barrett, was a prime mover in the movement to build commemorative memorials to the expeditions of the explorers. Other influential members of the committee were the Director of Education Frank Tate, and Education Department official Charles R Long who was the founder of the monthly School Paper which encouraged the study of the exploits of the early explorers. The Hume and Hovell Centenary Celebrations Committee appealed to municipal councils, school committees, inspectors of schools and head teachers to establishment local committees for the erection and unveiling of monuments in the form of tablets, cairns, pyramids and obelisks to mark the Hume and Hovell route.

The great majority of the 37 memorials marking the route taken by Hume and Hovell across Victoria were erected in 1924, the year of the centenary. In most localities, a commemorative cairn or obelisk was erected. In a small number of places, the memorials took the form of tablets placed in schools. Officials of the Hume and Hovell Centenary Celebrations Committee and parliamentarians followed the approximate Hume and Hovell route from Albury to Lara by motor car unveiling the local monuments along the route.

The Lara centenary committee under the leadership of the Rev ACF Gates proposed the erection of a ₤2,000 bronze monument at intersection of the Melbourne and Lara Roads at Lara to a design by eminent sculptor Paul Montfort. The design as proposed by the Lara committee proved to be far too ambitious and a new design was prepared by Montfort to meet the greatly reduced funds available. The design consisted of a granite obelisk supported by a three-tiered concrete and granite base. The monument was inscribed with the date of the Hume and Hovell arrival at the Lara site, the names of Hume and Hovell, and the names of their six expeditionary companions: Henry Angel, William Bollard, Claude Bassawa, Thomas Boyd, James Fitzpatrick and Thomas Smith. On 17 December 1924, the monument to Hume and Hovell at Lara was unveiled by Senator R P Wilson [representing the Prime Minister Stanley Bruce] before a crowd of over 1,000 people.

Hamilton Hume and William Hilton Hovell and six servant convicts set out from Hume's property at Appin in New South Wales on 3 October 1824 and arrived at Corio Bay [which they mistakenly believed to be Western Port] on the 16 December 1824. The expedition had been a great success in that it was accomplished without loss of life or serious injury and had reported on many important features. Hume and Hovell had discovered major rivers, first sighted the mountains of the Great Dividing Range in Victoria, and the expedition proved to be instrumental in drawing attention to the potential of the vast grazing lands sighted on their expedition. The favourable reports of the land they had seen induced the Henty brothers to settle at Portland in 1834 and also prompted John Batman to form the Port Phillip Association to investigate the area, leading to the colonization of Victoria.

The Hume and Hovell monument at Lara is of historical significance to the State of Victoria.

The Hume and Hovell monument at Lara is historically significant as a representative example of a series of Hume and Hovell monuments which are manifestations of the Hume and Hovell centenary movement which was instigated as an educative tool to remind succeeding generations of the achievements of the "British race" and the strengths and virtues of patriotism and initiative. The monuments are significant for their association with the Hume and Hovell Centenary Committee members, the scientist, educationist and publicist Sir James Barrett, and the leading educationists Frank Tate and C R Long, who were all powerful forces in the promotion of the commemorative movement. The memorial reflects the role of local communities through their construction of the monuments which testify to their gratitude to the expeditionary explorers in opening up inland Victoria. The chain of memorials also represents the interests of Committee members such as the motoring and tourist associations who were involved in promoting the virtues of recreational exploration.