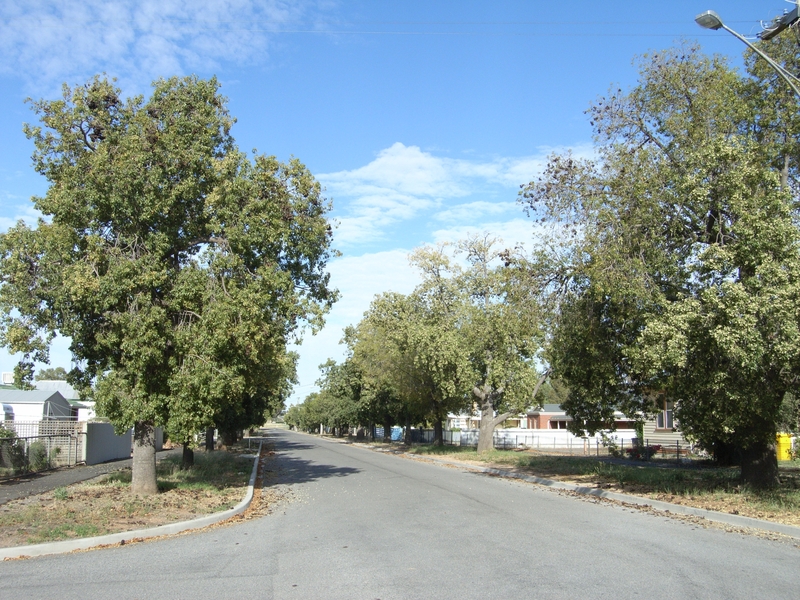 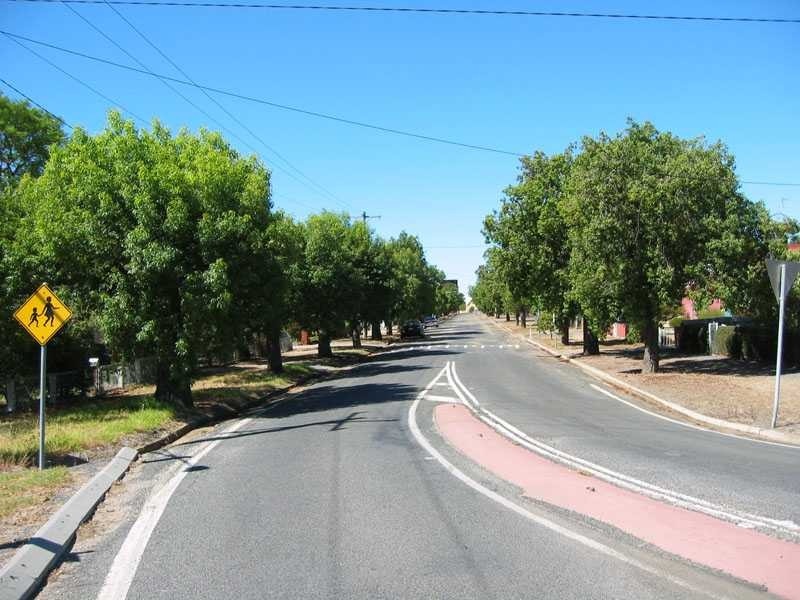 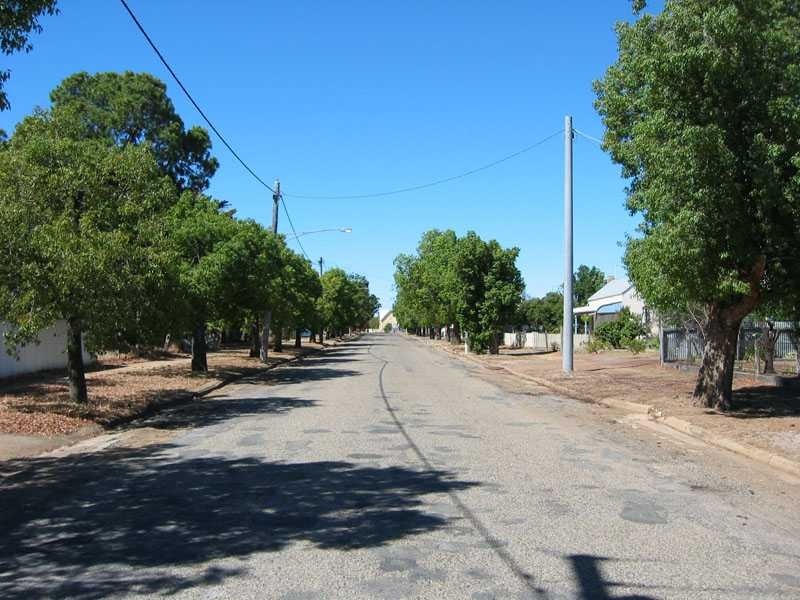 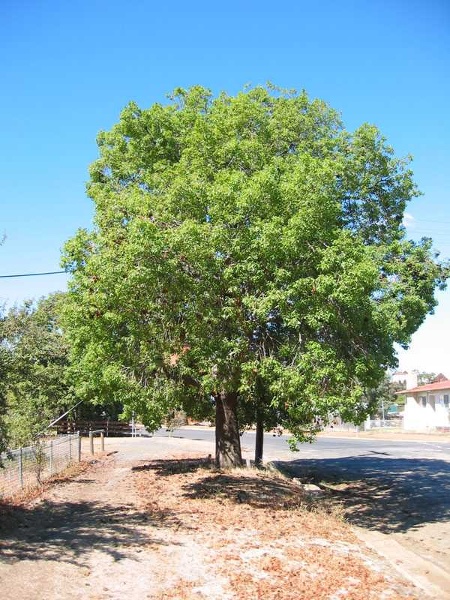 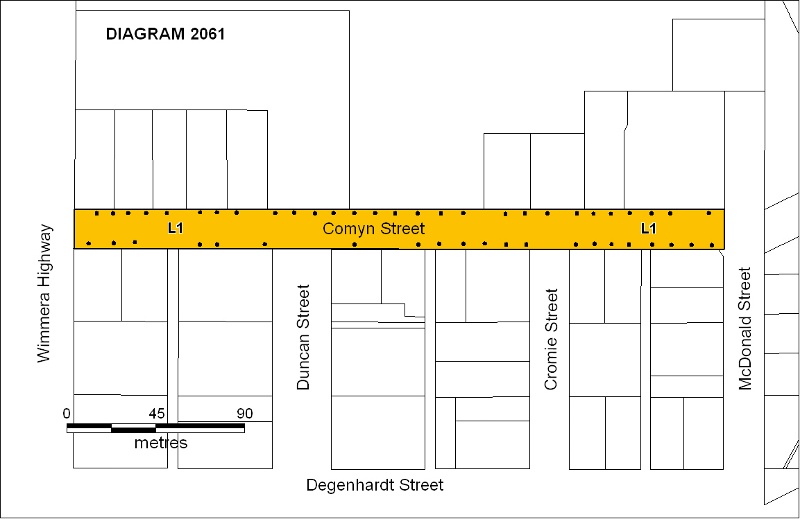 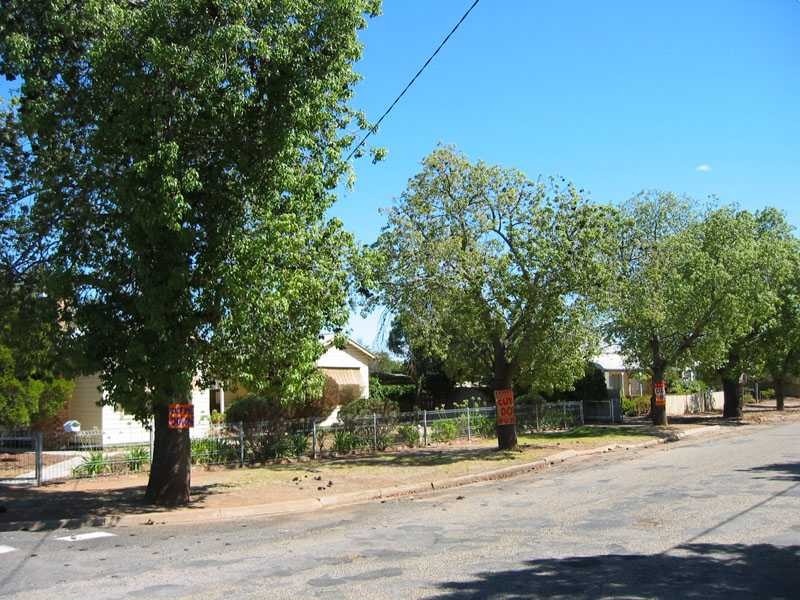 What is significant?
Formerly known as Marma Gully, the township of Murtoa started to be developed in the early 1870s on land owned by pastoralist Sir Samuel Wilson of 'Longernong'. In 1871 the first freehold block was pegged out on the eastern side of Lake Marma and in 1876 the township was surveyed. The railway arrived in 1878 and the water tower was built in 1886.

Comyn Street was formed as part of the original 1876 town survey and provided the main road from the Wimmera Highway to the Murtoa railway station. In Comyn Street (north side) is the 1880 home of Gustav Degenhardt, who was a member of the original party of four Germans from Mt Gambier that pegged out claims around the Lake in 1871. The majority of other houses in Comyn Street are from the interwar period and later.

The Murtoa Progress Association was formed in 1888. For the first decade and a half its activities 'were mainly directed to tree planting in the main streets and on crown lands by Lake Marma.' In 1889 200 trees were obtained from the Macedon State Nursery and 180 trees from Adelaide. Ratepayers were urged to water trees in front of their blocks. An extra 500 trees were to be planted in 1890 and the Progress Committee reported that 1,000 trees had been planted in 1892.

At the 1902 Annual General meeting of the Murtoa Progress Association it was reported that among the 533 trees planted in 1901 were '28 curyjongs [sic]. The curyjongs were planted in Comyn Street and are looked after by the residents of that street who also donated the trees.' A further 28 trees were planted the following year. A postcard postmarked 1903 shows the avenue of young trees in tree guards along Comyn Street.

The avenue of 49 Kurrajongs planted in 1901-02 is located along Comyn Street between the Wimmera Highway and McDonald Street. There are 28 trees along the north side and 21 trees along the south side. A tree measured on the north side, at the intersection of McDonald Street has a trunk circumference (1.4m above ground level) of 1.92m, height 11m and canopy spread 13m. The trunk circumference ranges in size from 1.09m to 1.92m.

Most of the trees are in good condition, exhibiting single trunks and spreading crowns. Some trees on the northern side in the western half have been subjected to powerline clearance. The construction of aerial bundle cables has now reduced the need for severe pruning, except to four trees at the western end where the powerlines are still mounted on cross-arms.

How is it significant?
The Kurrajong avenue is of historical and aesthetic significance to the State of Victoria.

Why is it significant?
The avenue of Kurrajong trees in Comyn Street Murtoa planted in 1901 and 1902 is historically significant as being the earliest known Kurrajong planting in Victoria, and being amongst the earliest surviving street tree plantings using an Australian native species. This tree planting represents a significant change in tree selection in Victoria where evergreen Australian natives became the preferred species for northern areas, rather than exotic deciduous trees mainly used prior to 1900. The planting is only preceded by an avenue of Moreton Bay Figs in Warrnambool, believed to have been planted in the 1890s. From the 1850s fast growing evergreen trees, mostly conifers but also Blue Gums and Moreton Bay Figs were planted in streets. From the 1880s large growing deciduous trees, mostly elms, planes, poplars and oaks were the preferred street tree; however these trees were unsuitable for drier parts of Victoria. The Sugar Gum, Pepper Tree, Silky Oak, Moreton Bay Fig and Kurrajong were recommended. Other Kurrajong street plantings occur in Dunolly, planted after 1909, and at Yarrawonga and Nathalia an Avenue of Honour were planted in the 1920s.

The avenue of Kurrajong trees is of aesthetic significance as an important landscape feature providing an impressive evergreen 'tunnel' and visual experience rarely encountered in Victoria. The trees have grown to a mature size along a residential street for a length of about 325m and provide a unifying theme. The smooth grey trunks, dense lime green canopies and regular spacing between the trees, barring the 7 missing trees, provide an attractive and outstanding landscape.