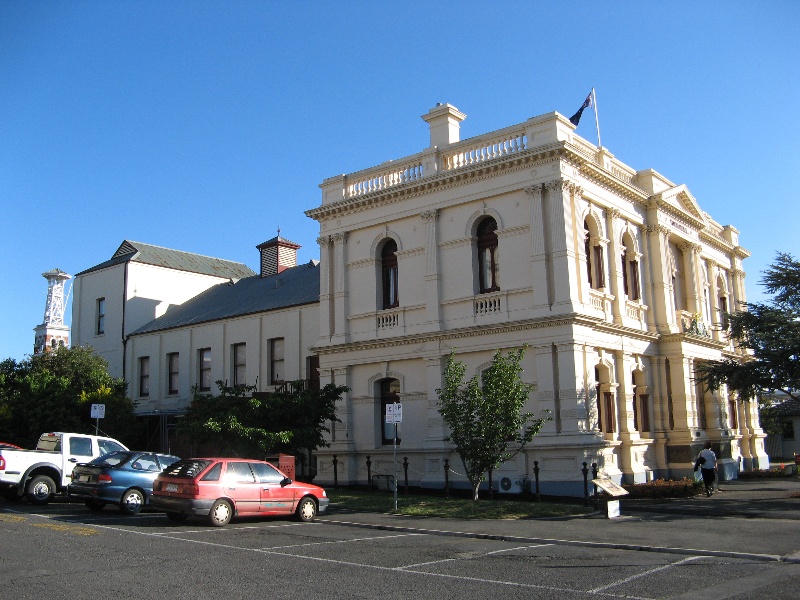 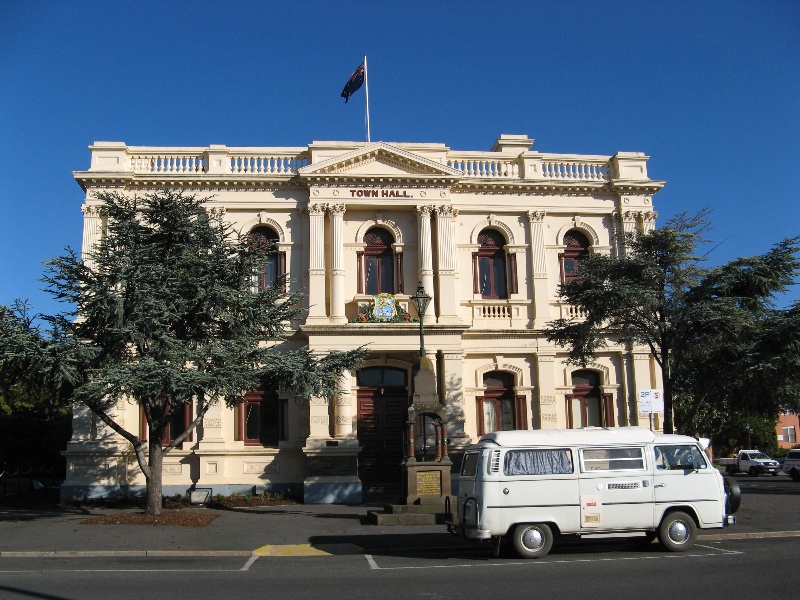 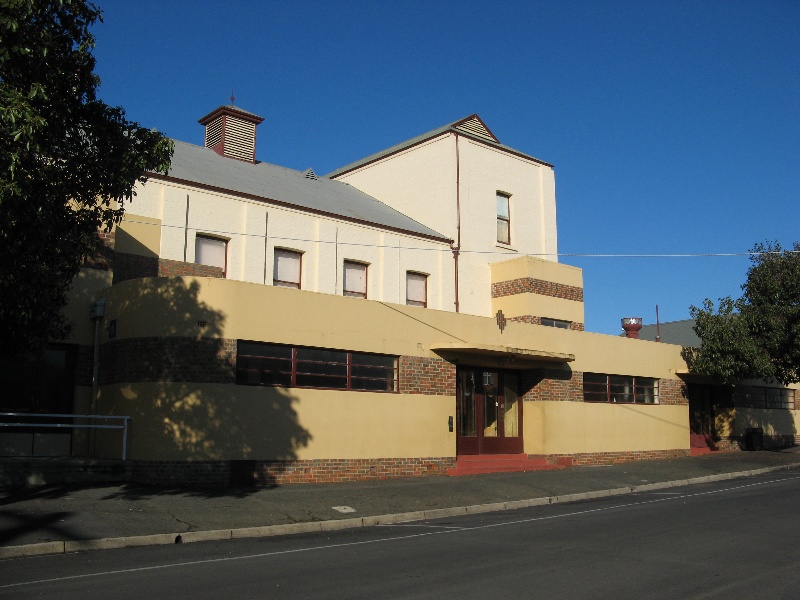 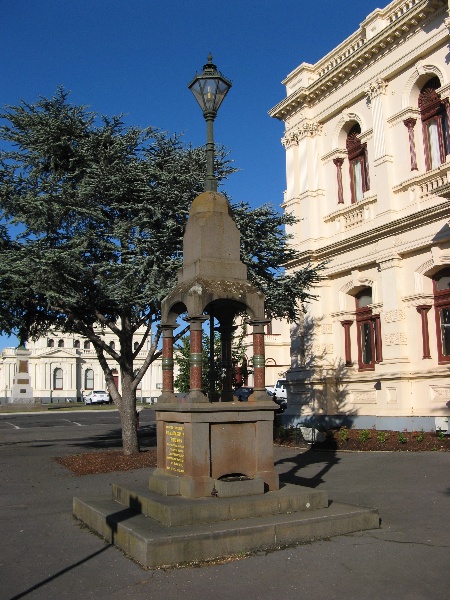 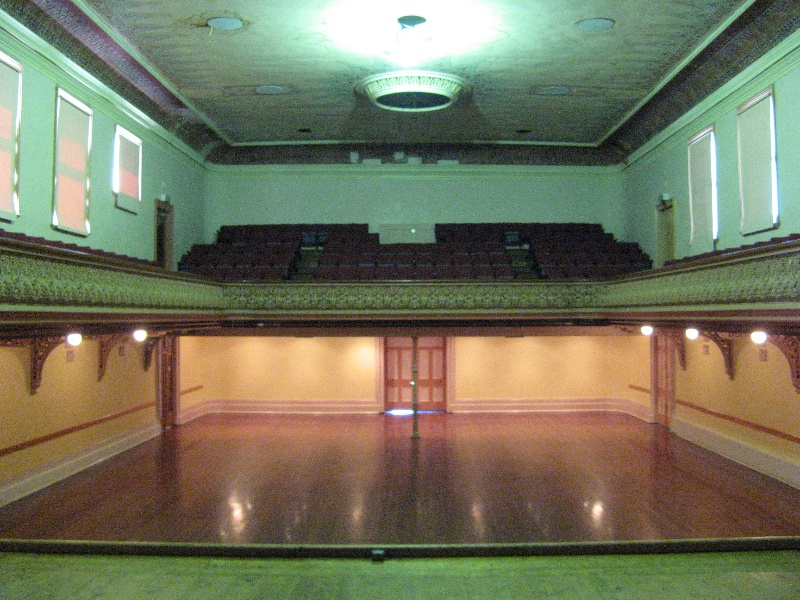 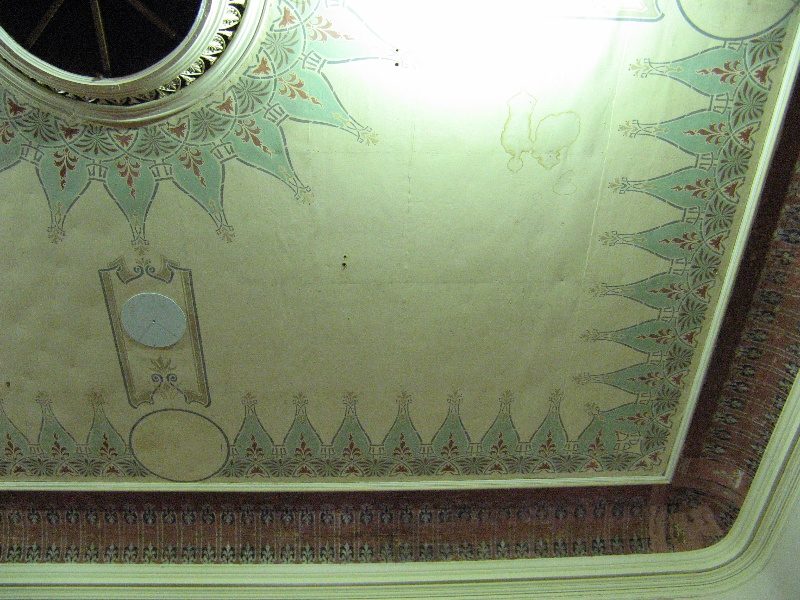 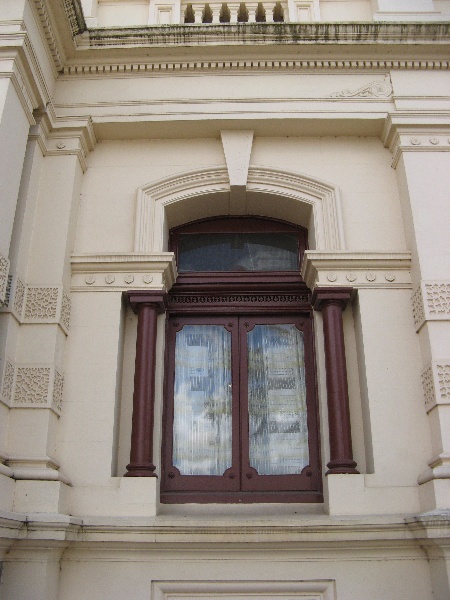 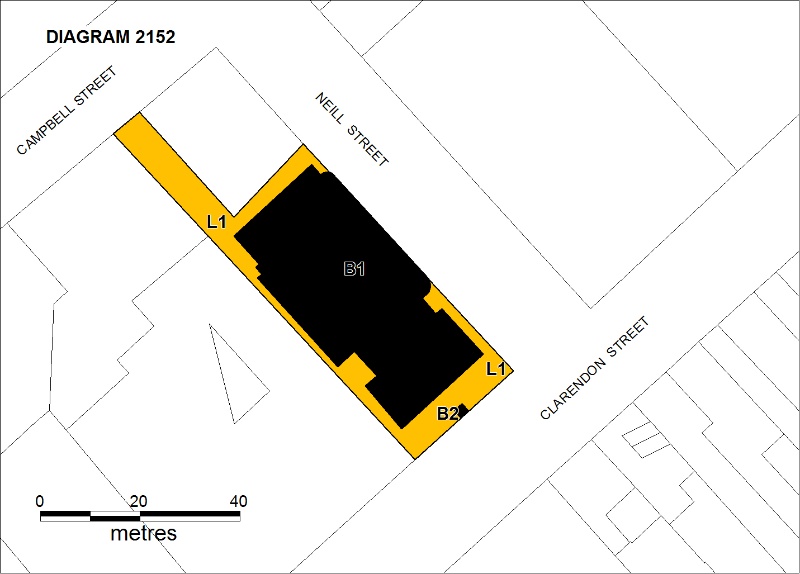 The first Maryborough Town Hall, built in 1858, lacked a large hall suitable for public functions, and in 1887 the decision was made to build a new Town Hall on vacant land in the Civic Square near the Post Office. The architect was George Johnson, possibly the most prolific designer of municipal buildings in late nineteenth century Victoria and noted for his designs for town halls in Melbourne, particularly Collingwood, Northcote and North Melbourne Town Halls, as well as many theatres and opera houses in Melbourne and other Australian cities. Tenders were called in March 1887, the successful quote being for ₤6454.5.0 by George Clayfield Senior. The foundation stone was laid in June 1887 and the new town hall opened with a grand ball in July 1888. In 1903 a memorial drinking fountain was erected in front of the building. Designed and made by George Daws, a Melbourne monumental mason, it commemorates Gerald Wilkinson, Maryborough's first war casualty, who was killed in action in 1901 during the Boer War. Films were screened at the Town Hall between 1908 and 1967. In 1939 a new entrance foyer for the hall and a Lower Town Hall were constructed, providing much needed public work during the depression. They were built by Steve Hunn for ₤5000, to plans by the Melbourne architect Harry J Little. Funds were made available by the sale of the Borough electrical supply to the SEC. In 1971 the administrative offices at the front of the building were vacated when new administrative offices were built opposite. The old offices are now used for council and community purposes.

The Maryborough Town Hall is a symmetrical two-storey rendered Free Classical style building with a single storey Streamlined Moderne style addition. On the main administrative block on Clarendon Street there is a central projecting two-storey entrance portico, a balustraded parapet and balustraded balconettes outside the first floor windows. The windows are modified Serlian openings, with stilted segmental arches on the ground floor and semi-circular arches on the first floor. Much of the interior is intact and it retains some original furniture. At the rear is a large much more simply decorated wing containing the hall, which has a painted ceiling, a stage surrounded by a proscenium arch and a gallery which extends around three sides. The gallery has a cast iron balustrade and is supported on decorative brackets. The 1939 additions along Neill Street include a smaller hall beneath the north end of the main hall and a Streamlined Moderne style entrance foyer for the hall. This addition is of cream render with bands of brown clinker brick at the base and forming a continuous strip with the steel framed windows. Internally the foyer retains its original Art Deco features, including ticket offices, light fittings, staircases, doors and windows. The memorial drinking fountain on the footpath in front of the Town Hall is an elaborate structure on a stepped base of Malmsbury bluestone with the top section supported on four stone columns. There is a commemorative plaque on the front, the maker's name on the rear, water basins for dogs on two sides and it is surmounted by a cast iron lamp. The Town Hall is one of three landmark buildings around the civic square in the centre of Maryborough, the others being the Post Office (1878, VHR H1754) and the Court House (1891-2, VHR H1475).

The Maryborough Town Hall is of architectural and historical significance to the State of Victoria.

The Maryborough Town Hall has architectural significance as a notable and largely intact example of a late nineteenth century provincial town hall, and as a major public building designed by the prominent Melbourne architect George Johnson. It is notable for the fine interior of the hall, particularly the gallery and painted ceiling. The Moderne style additions are also significant for their intactness and for the Art Deco interiors. The significance of the Town Hall is enhanced by its location in the Maryborough Civic Square, adjoining the 1878 Post Office and the 1891-2 Court House. The group of three buildings is significant as an outstanding example of late nineteenth century civic design.

The Maryborough Town Hall has historical significance as a reflection of the wealth of gold mining towns such as Maryborough in the nineteenth century and of the civic growth that occurred in Victoria as a result of the mining industry. The 1903 memorial drinking fountain has historical significance as a demonstration of the importance attached by the community to the sacrifices made by local men in foreign wars in the early twentieth century.