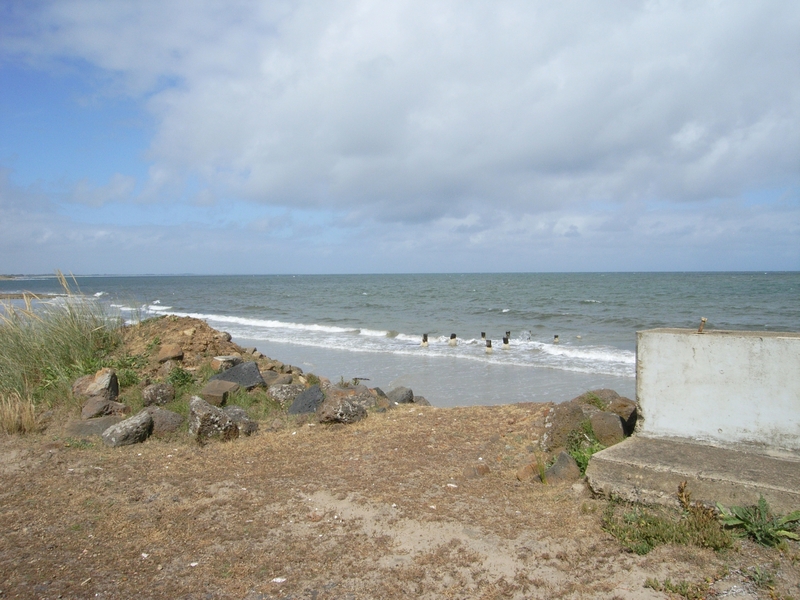 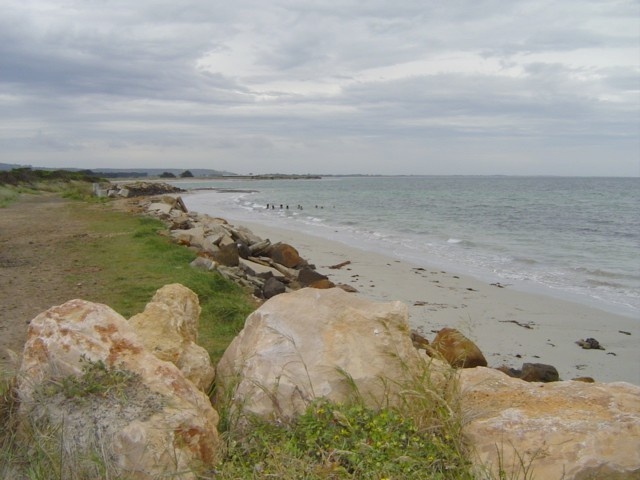 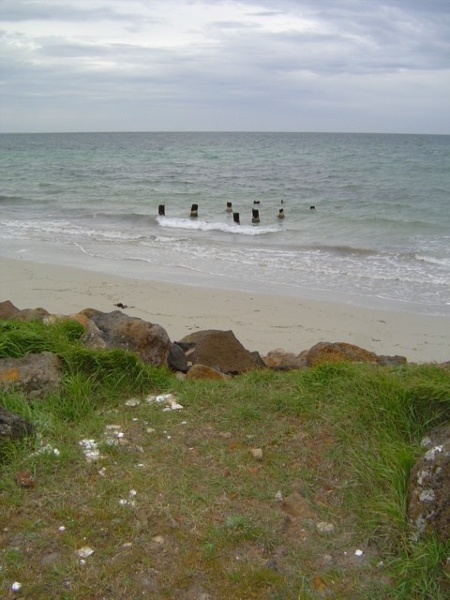 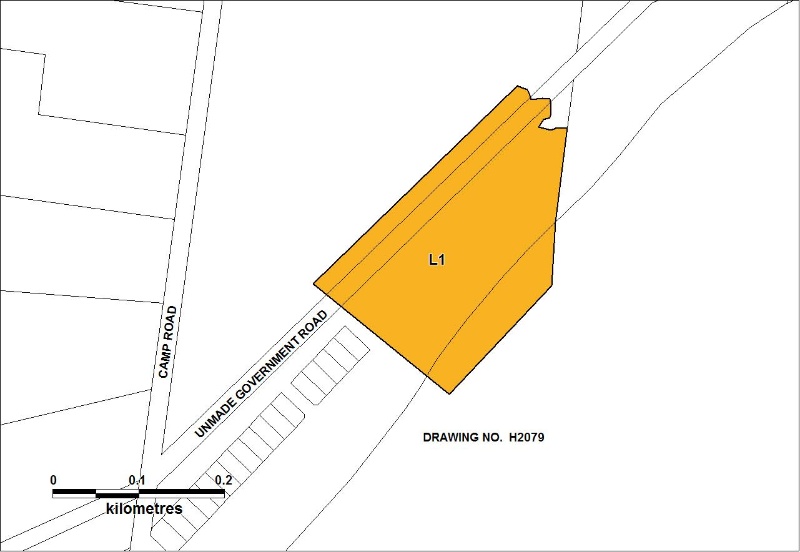 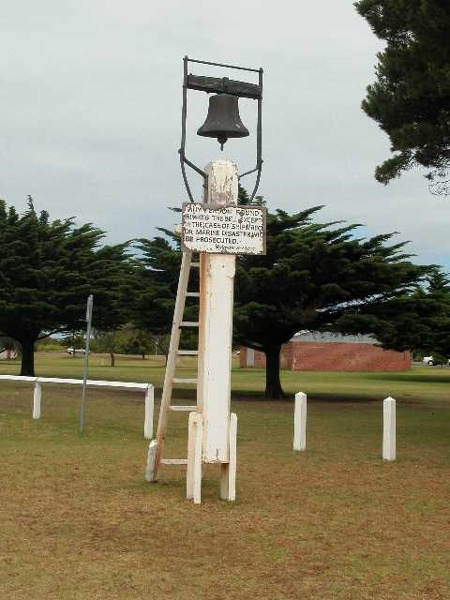 The Convincing Ground is the site of one of Victoria's first whaling stations. It is located at Allestree, approximately 10km from Portland. Portland's first whaling station was established by William Dutton in 1833 at Double Corner, following sporadic activity by sealers and whalers in the area since the early years of the 19th century.

Edward Henty arrived in Portland Bay on 19 November 1834, with ambitions to undertake a range of business activities, including farming and whaling. His diary entry for 18th October 1835 makes reference to widespread scatters of whalebone 'close to the look-out tree near the convincing ground'. Henty's comments demonstrate that the name 'Convincing Ground' was in use by late 1835, and that the area was clearly the focus of whaling activities at this time.

In October 1835 John Helder Wedge (a former Assistant Surveyor General of Van Diemen's Land) arrived in Portland Bay, and made sketches of a whaling station. The sketches show a well established complex, consisting of at least nine buildings (one of which is probably a covered try-works), overlooking the waters of a small cove. The site portrayed by Wedge may be the Convincing Ground.

By the late 1830s, the Hentys had established a whaling station at the Convincing Ground. In May 1841, G.A. Robinson, Chief Protector of Aborigines visited Portland and stated: '[ ] miles from Double Corner is the Messrs Henty's fishery. This spot where the buildings are is called the Convincing Ground.'

There are a number of mid 19th century historic plans that depict features that relate to the Convincing Ground. The first survey of the Portland District was undertaken by Charles J. Tyers. His February 1840 Plan of the west coast of Portland Bay is the first map reference to the 'Convincing Ground'.

Henry Wade, Surveyor, prepared an undated, but pre-1851 Original Plan of Coast Line from the township of Portland to the River Shaw. The plan identifies the Convincing Ground site, adjacent to the small cove opposite Minerva Reef. The plan also marks a rectangular enclosure at the centre of the Convincing Ground site, and has the annotation 'Henty'. Another plan of Wade's from March 1851 identifies the same features. The rectangular enclosure depicted on Wade's plans extends back well beyond the foreshore, suggesting that the site consisted of a range of buildings and structures, across a large area.

A third Coastal Survey plan of Wade's from August 1851 again identifies the Convincing Ground as the area adjoining the broad sweep of the cove opposite the reef, and has the annotation 'Ship Building Establishment'. John Barrow's Survey of Portland Bay, dated 1854, marks three buildings by the cove opposite Minerva Reef, which are labelled 'Old Whaling Buildings'. Another plan of Barrow's dated October 1854, has the cove inside Minerva Reef named as 'Convincing Ground' and the three structures marked 'Old Whaling Buildings' are shown again.

In 1884, a reporter for The Argus, writing as 'The Vagabond', visited Portland and was taken on a tour by an old local resident. The report identifies the Convincing Ground as a focus of intensive industry for a number of decades, as activities changed from whaling to boat building and sheep processing. The Vagabond also makes a clear association between the Convincing Ground site and the remnant jetty or slipway structure, 'posts in the water, a few posts on shore'. The remains of the wooden jetty are still clearly visible today.

Overlays from historic plans demonstrate that although there may have been some degree of change in the foreshore landscape, the Convincing Ground was located in the cove that is still clearly visible today, protected by Minerva Reef, where the jetty remains can still be seen. The whaling, ship-building and other historic activities would have taken place in these waters, on the foreshore and in the low coastal dunes that extend behind the beach.

By the mid 1840s activities at the Convincing Ground were beginning to diversify away from just whaling, perhaps in response to falling whale numbers. In September 1845, Scott and Stocker received permission from Governor La Trobe to build ships at the Convincing Ground, and a schooner was launched in 1848. A few years later two vessels were built for Steven Henty.

In choosing the Portland Bay area for a settlement, the settlers directly displaced Aboriginal people from their tribal lands. Following a visit to Portland in May 1841, George Augustus Robinson, Chief Protector of Aborigines in the Port Phillip District (1839-1849) reported to Superintendent C.J. La Trobe that 'a large number' of local Aborigines were 'slain' at the Convincing Ground in a violent conflict with whalers over the carcass of a beached whale. This episode has been called a 'massacre' by some historians, although this is strongly contested by others.

Although Robinson's conclusions that a massacre occurred at the Convincing Ground have been strongly challenged, he did possess reliable information from Edward Henty and Police Magistrate James Blair which suggested that violent conflict had occurred between Aborigines and whalers in the Portland area, and that a number of episodes of this nature had occurred at the place that became known as the Convincing Ground.

The details of the violent conflict between Europeans and Aboriginal people are difficult to determine with certainty. The analysis of some historians suggests a date of 1833 or 1834, and the number of Aboriginal people who died at the Convincing Ground is unknown.

The area around the Convincing Ground was the land of the Kilcarer gundidj clan, located between the Ure gundidj (near the Portland township area) and the Cart gundidj (around Mount Clay). In May 1841, Robinson learned from the local Aborigines that the clans in the Portland area had united when the Europeans first arrived in their country, and that among the remaining group of 158 people who were living at Mount Clay, only two members had survived from the 'once powerful' Kilcarer gundidj clan.

The Convincing Ground is of archaeological, historical and social significance to the State of Victoria.

The Convincing Ground has archaeological significance as a rare example of a whaling site in Victoria, and for its potential to contain artefacts, building remains and other relics associated with the historic activities on the site. In particular the sea floor between the reef and the shore (particularly in the vicinity of the remnant jetty), the beach and the foreshore area, and the area behind the beach frontage are considered to have the potential to contain archaeological material relating to the operation of the whaling stations from c.1834-1860.

Over the years, a large amount of historical archaeological material has been observed at the site, including a trypot, whalebone, iron rail lines, building footings and artefacts. Some of these artefacts have been dated to the period c.1830-1850.

Physical remains of shore-based whaling stations in Victoria are very scarce and it is likely that the Convincing Ground represents the most significant and intact site of its kind in the State. Archaeological material from the site has the potential to provide evidence about the way of life of the whalers, farmers and boat-builders who lived and worked at the Convincing Ground.

The archaeological integrity of the site is also very high. Although there has been some coastal erosion and redeposition along the foreshore, it is likely that the main area of settlement, away from the beach, has had little sub-surface disturbance. This part of the site has only been subjected to grazing in recent history.

The Convincing Ground formed part of the first permanent settlement in Victoria and is therefore historically significant as a place of early settlement, and as a place of contact and conflict between Europeans and Aboriginal people. There is substantial evidence that instances of frontier conflict were frequent in the early decades of European settlement in the Portland area, and the Convincing Ground is representative of these encounters.