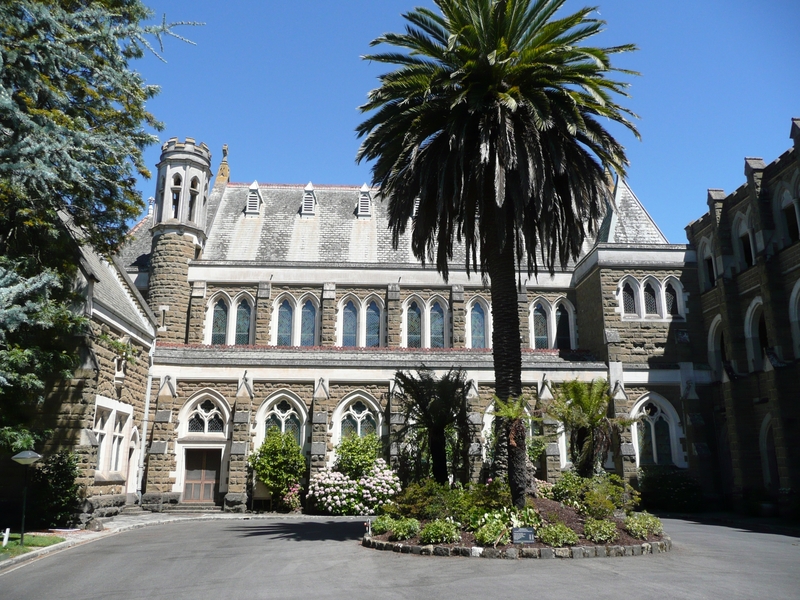 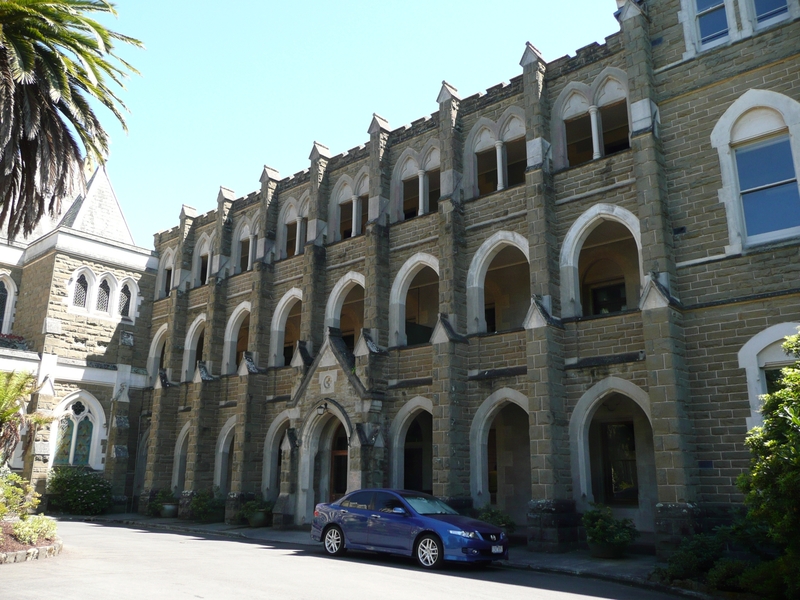 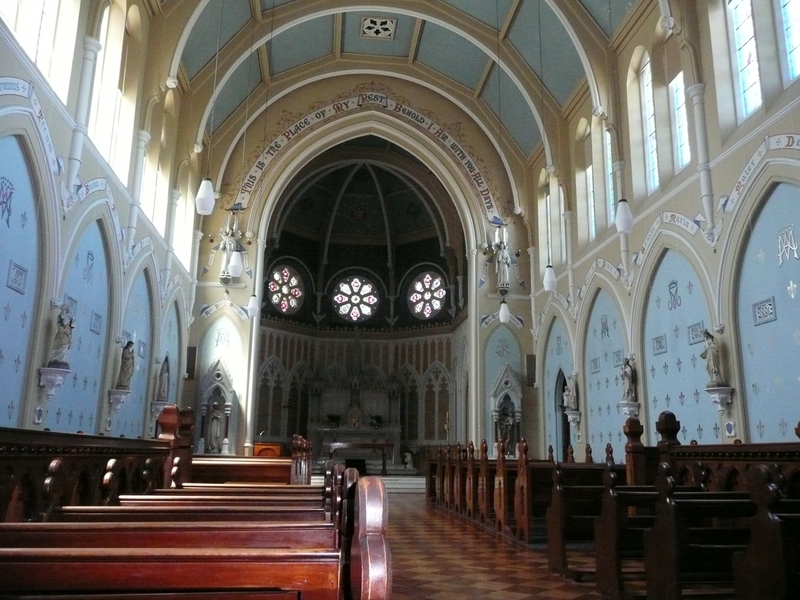 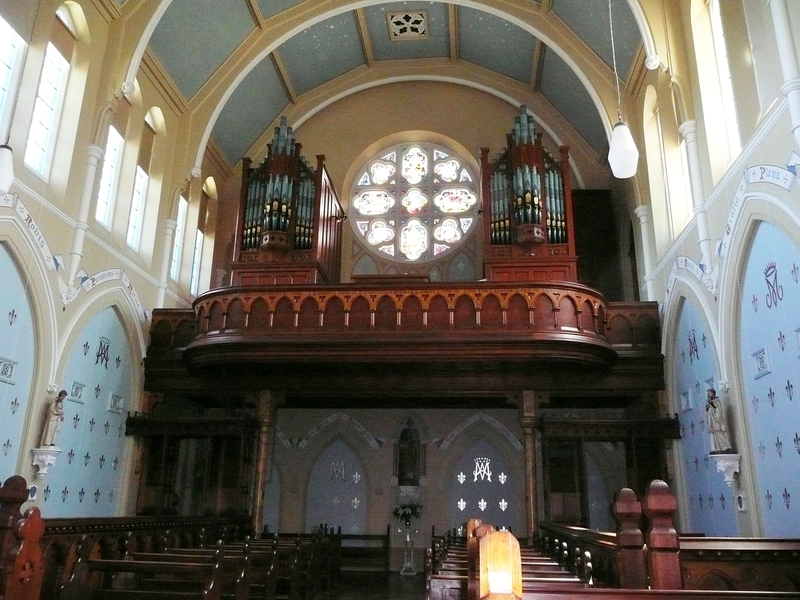 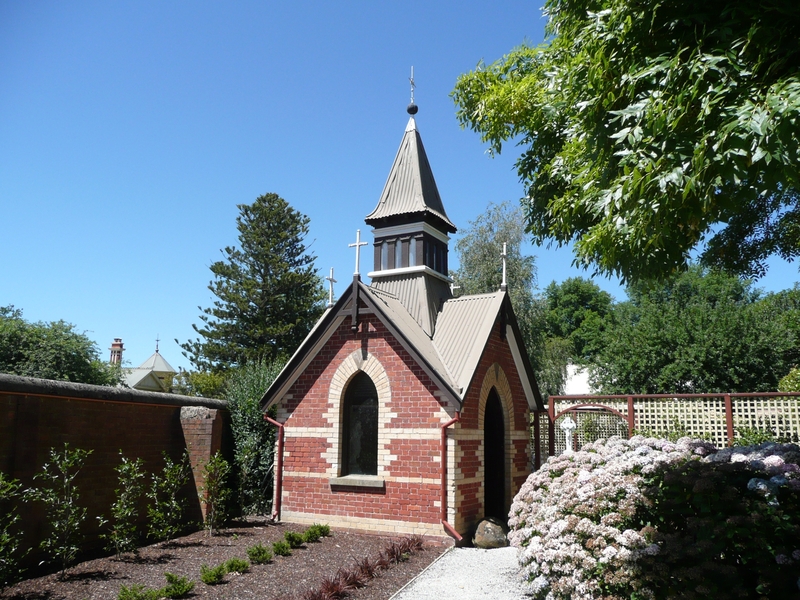 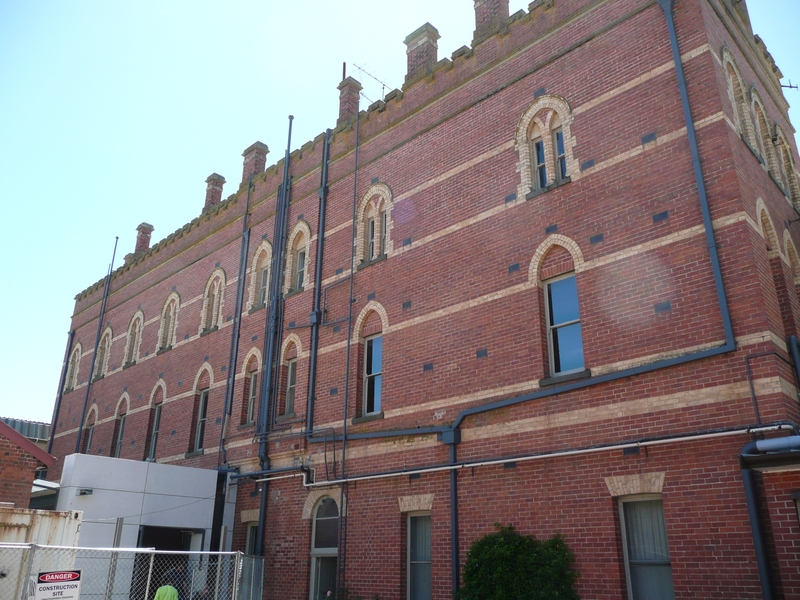 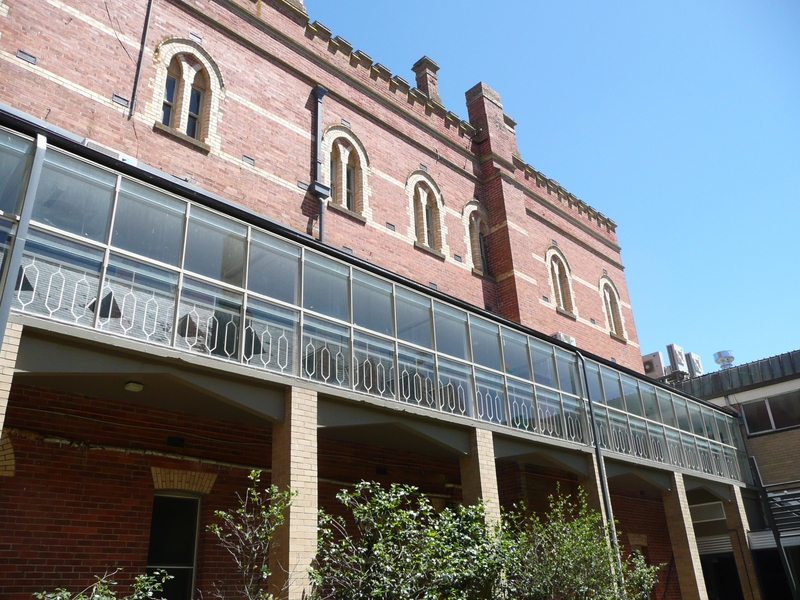 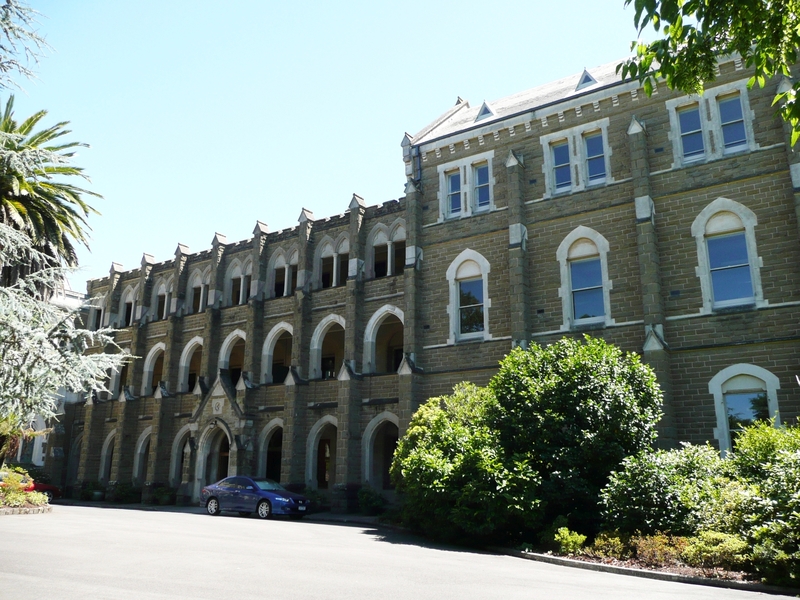 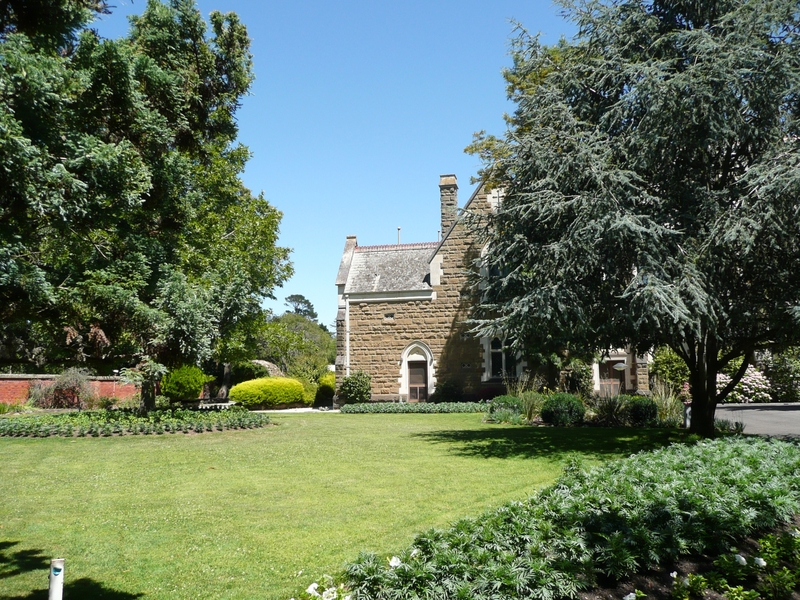 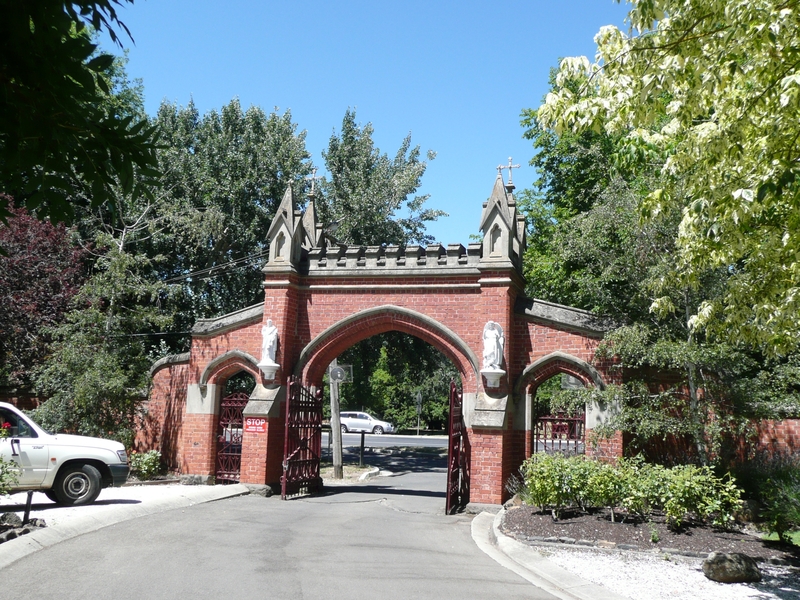 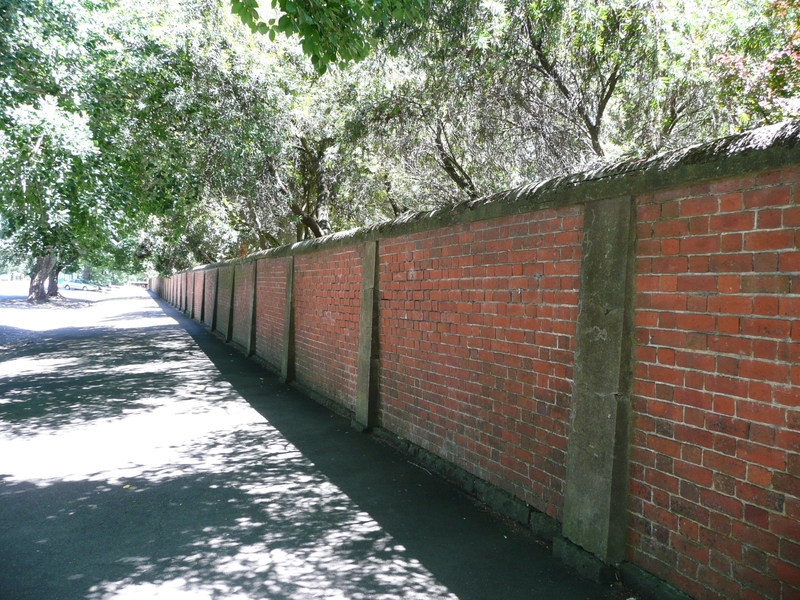 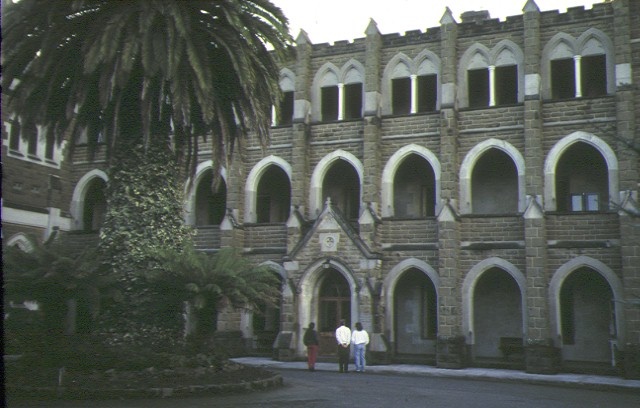 In 1875 the Institute of the Blessed Virgin Mary (Loreto sisters) acquired the two storey residence of EA Wynne for use as a convent. A three storey residential wing was added in 1882 followed by a novitiate established in honour of St Michael in 1892. The convent chapel, the church of the Immaculate Conception, which opened in 1902, was partly funded by the bequest of Countess Metternich, a former student and teacher. A third storey was added to the original convent building (Loreto Abbey) to commemorate the diamond jubilee of Mother Mary Gonzaga Barry in 1913. Mother Gonzaga, who died in 1915, is buried in the convent cemetery. Several additions, including hostel accommodation and a nursing home have been made since the Second World War.

Loreto College (also known as Mary's Mount Convent) is of considerable historic significance for its association with the Loreto sisters. The Australian branch of the order was established at Ballarat in 1875, and from Ballarat extended its mission in Victoria and the mainland states. Notable for the vigour with which it promoted education, the convent became a recognised centre of instruction for Catholic girls in Victoria.

The establishment of the convent school in 1875 marks a critical period in the history of Catholic education in Victoria, following the introduction of the Education Act (1872) and the withdrawal of government aid for church schools.

Mary's Mount is an important element of a group of buildings - St. Patrick's Cathedral, the Loreto College (Dawson Street), St Patrick's college, the Bishop's Palace and Sacred Heart College, Ballarat East - which demonstrate the particular strength of the Catholic Church in Ballarat.

The Loreto Abbey, residential wing, St. Michael's novitiate, convent chapel and the cemetery chapel [buildings 1, 2, 4 and 6] are of historical significance as the physical expression of the nineteenth and early twentieth century development of the Loreto Order in Australia. The period coincided with the tenure of Mary Gonzaga Barry as Mother Superior.

The Loreto Abbey, constructed as a private residence in 1866-67, is of historical significance as the building in which the Australian branch of the order was founded in 1875.

The Abbey is of interest in the way it demonstrates a changing pattern of architectural style and function, as the building evolved from private residence, to Abbey, to school.

Constructed in 1882, the residential wing is of architectural significance as a well executed and essentially intact example of the work of the prominent firm of architects Tappin, Gilbert and Dennehy.

The St. Michael's novitiate, constructed in 1892, is of architectural significance as an unusual example of a late nineteenth century brick masonry building with its quirky employment of polychrome brickwork, parapet denticulations, and picturesque chimney groupings.

Completed in 1902, the convent chapel is of historical significance as a symbol of the faith and identity of the Loreto community in Ballarat.

The convent chapel is of historical significance for its association with the German countess, Elizabeth Wolff Metternich.

The convent chapel is of architectural significance as possibly the largest and most elaborate convent church in Australia.

The convent chapel represents a notable application of the use of decorative paintwork and stencilling, tessellated tile work, and stained glass.

The convent chapel is of architectural significance as a well executed and essentially intact example of the work of the prominent firm of architects Reed, Smart and Tappin.

The cemetery chapel is of architectural significance for its unusual transverse gable roof terminating in a spire seated on a square base of highlight windows.

The honour roll in the cemetery chapel is an important historical record of the Loreto order in Ballarat.

The perimeter fence and entrance gates, erected in 1881, unify the disparate elements of the site and contribute to the value and importance of the Sturt Street west streetscape.

Mary's Mount is one of the most architecturally significant and intact convents in Victoria.