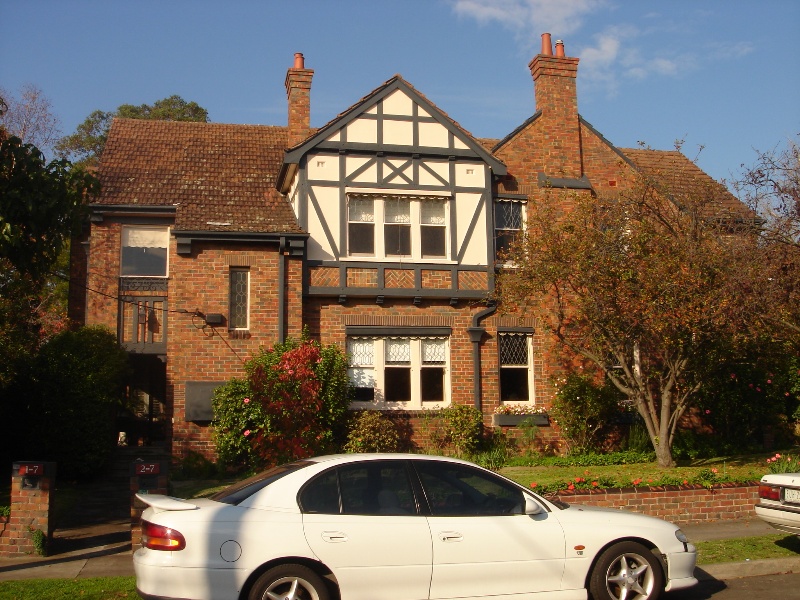 Berwyn Flats, 7 Glenroy Road, Hawthorn, is of local historical and aesthetic significance. It is a good and relatively intact example of a finely articulated interwar complex of flats in the Old English Tudor style, which although containing four flats was designed to appear as a single large house. The building successfully combines projecting bays, brickwork patterning and gabled roofscape, to help break up the large composition. It also displays competent detailing and application of the Tudor mode, with many of the principal characteristics evident such as clinker, tapestry and herringbone brickwork, and applique half-timbering in a picturesque composition.