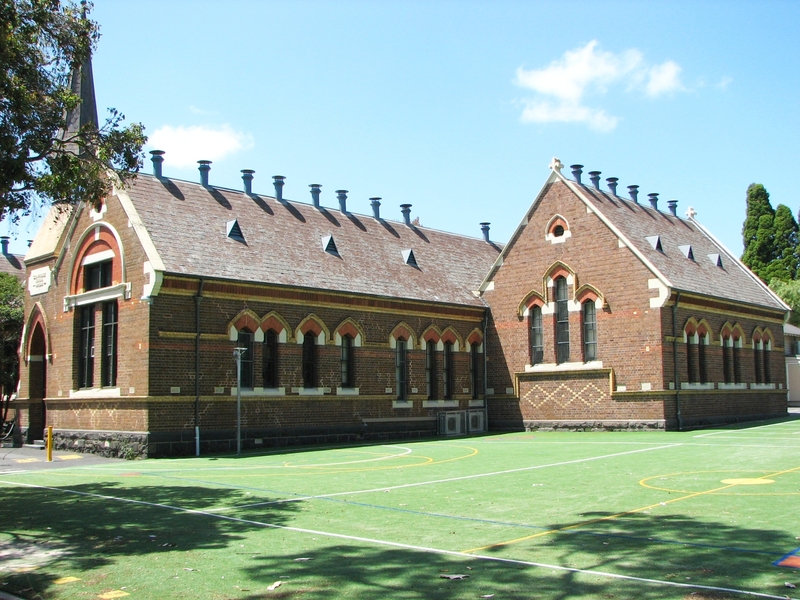 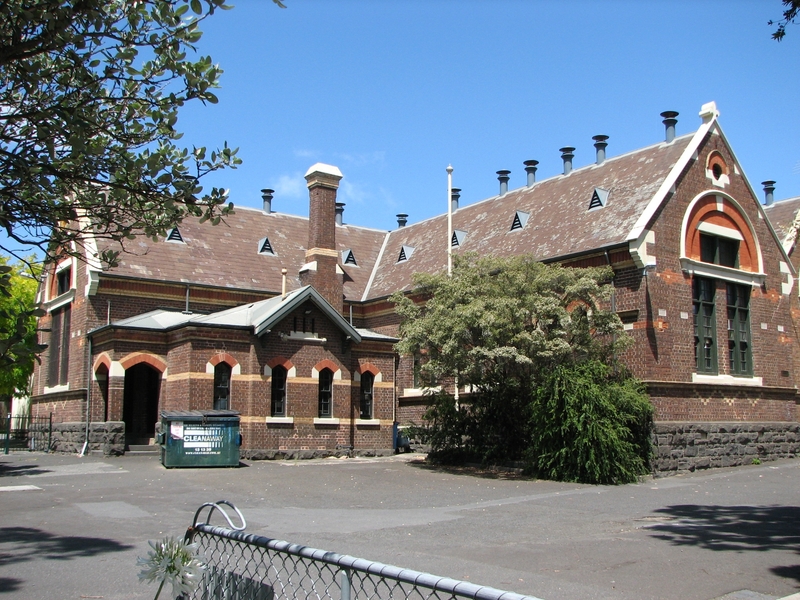 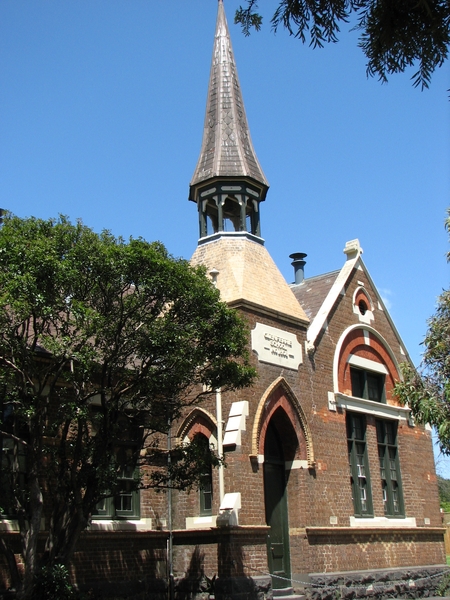 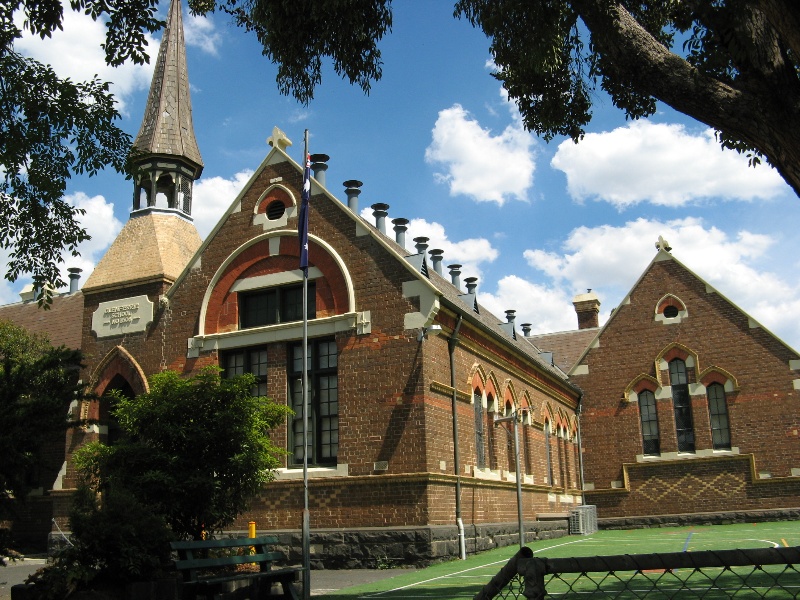 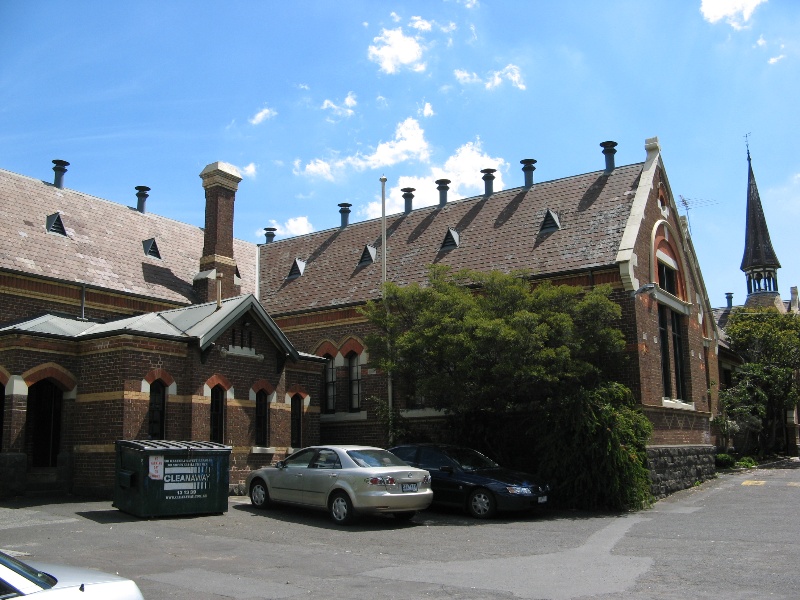 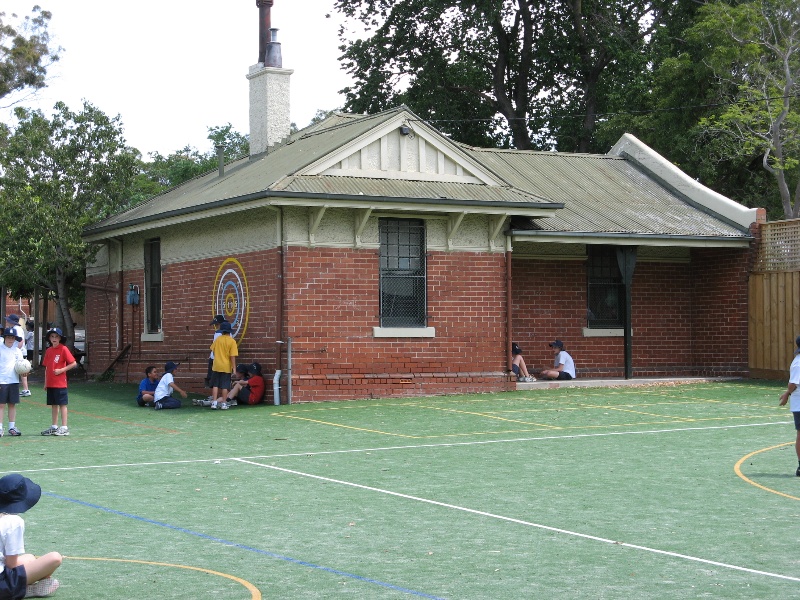 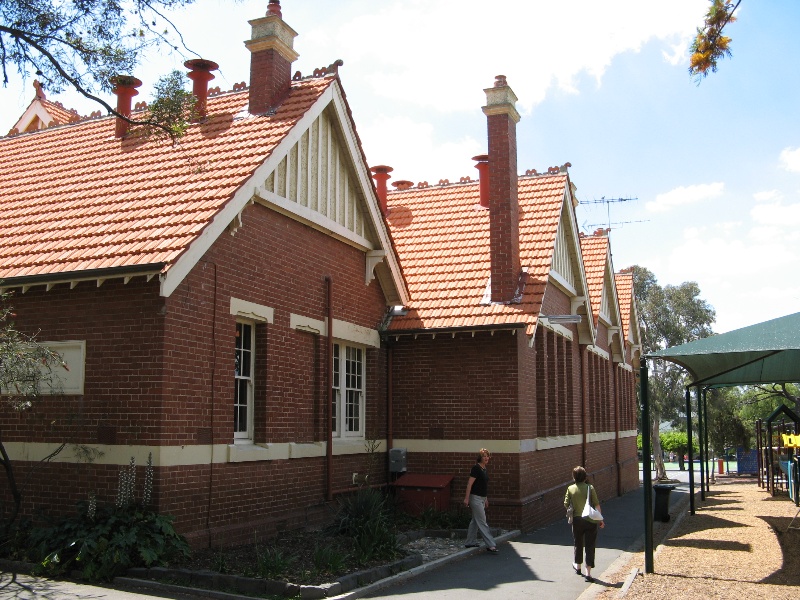 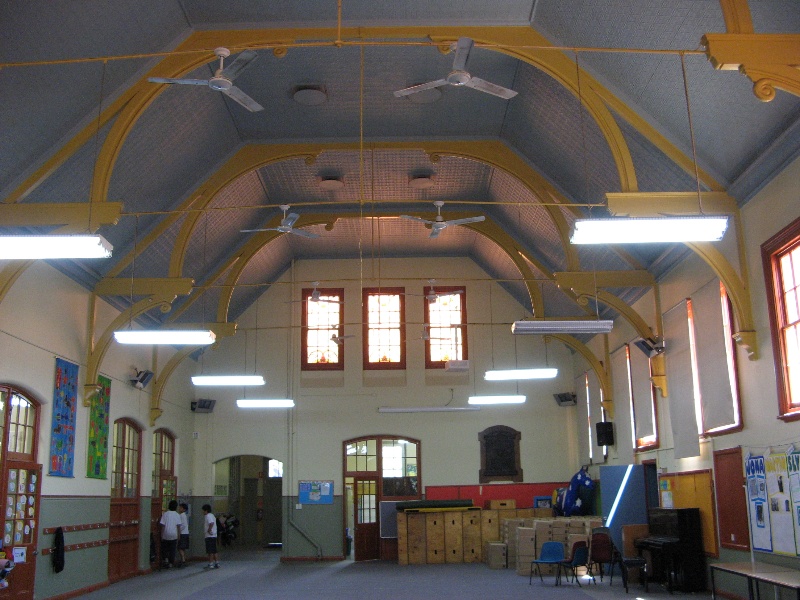 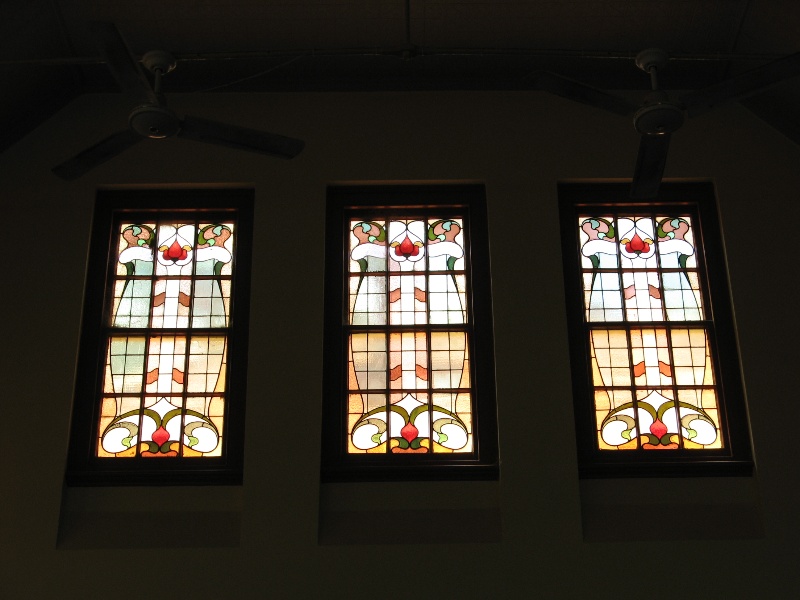 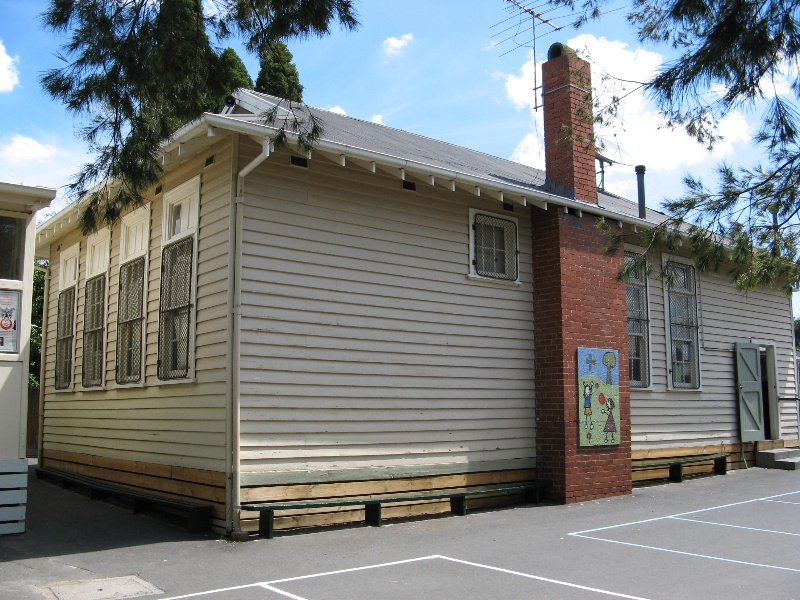 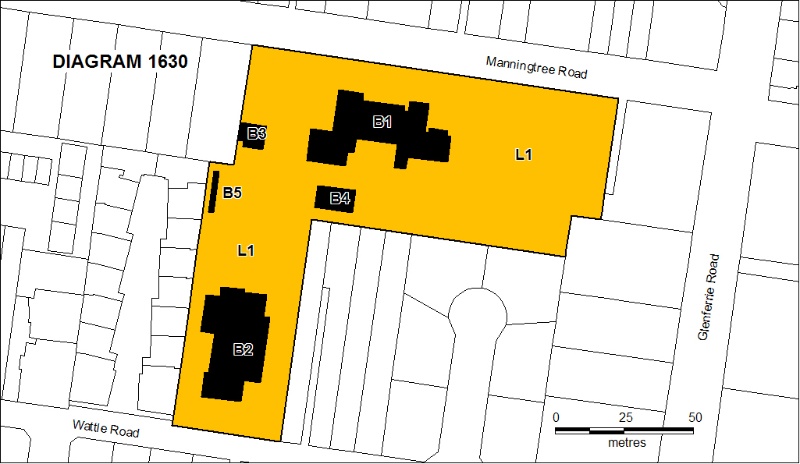 School No 1508 first opened in 1875 in the Wesleyan Church Hall in Burwood Road, and the new school, designed by the Education Department architect Henry Bastow and built by James Bonham for ₤4200, opened in March 1877. Rapidly increasing enrolments led to the construction in 1881 of the first extension, built by Martin & Peacock. This included a two room caretaker's quarters with a small fenced yard at the front. In 1887 the school was extended again, to provide for a total of 638 pupils. Both the 1881 and 1887 extensions differed only slightly in style from the 1877 work. In 1904 more land was purchased stretching through to Weinberg Road, now Wattle Road, at the rear of the school, to provide room for an infants school, a proposed cookery centre and a proposed sloyd school. The new Infants School was completed in 1907, and a shelter shed constructed to the north. But the Department avoided the expense of another building by providing a room for sloyd in the old school. This was operating by the end of 1907, and a separate sloyd room was only built in 1924. In 1909 a new brick caretaker's cottage was built to the west of the school. The school also operated a needlework school, a rural training school and a cookery centre in the middle decades of the twentieth century.

Glenferrie Primary School No 1508 includes five buildings of heritage value: the original nineteenth century building, the Infants School, the caretaker's cottage, the sloyd room and the shelter shed. The oldest building is a single storey, asymmetrical, Gothic style, polychrome brick building with a gabled slate roof. A prominent feature of the original central wing is the asymmetrically placed spired bell tower. Some of the building's original Gothic arched windows have been replaced with straight headed windows. The Infants School is a single storey Queen Anne style brown brick building with a multi-gabled, terracotta tiled roof with terracotta cresting. Its six classrooms open off a large hall with a hammerbeam roof and three coloured glass windows in each end. It is intact and in good condition. The caretakers cottage is a three-room Arts and Crafts style brick cottage with a gabled roof, which has had a brick and timber skillion added to the rear. The sloyd room is a rectangular plan timber building with a brick chimney and a corrugated iron gabled hip roof. A skillion has been added on one end. The shelter shed is a Federation period structure, the open side decorated with delicate timber arches inset with fretwork panels, and with a corrugated iron roof. Part of it has been rebuilt.

Glenferrie Primary School No 1508 is of architectural and historical significance to the State of Victoria.

Glenferrie Primary School No 1508 is architecturally significant as a largely intact example of a late nineteenth and early twentieth century school complex. The original building is architecturally significant as one of the best and most intact examples in Victoria of one of the large asymmetrical Gothic style schools built by the Education Department following the introduction of the 1872 Education Act. This building is also significant for the 1881 caretakers quarters, of two rooms and a yard, associated with larger school buildings from 1876-83. The Infants School is significant as the earliest of this school type constructed. The sloyd room is significant as one of the few such structures now known to survive in the state. The caretaker's cottage is also now a rare example of onsite accommodation provided for school employees. The shelter shed is possibly the only Federation period arched shelter shed remaining in the state.

Glenferrie Primary School No 1508 is historically significant as a reflection of the enormous increase in school enrolments in Victoria following the 1872 Education Acts and of the rapid growth of the population of Melbourne in the late nineteenth and early twentieth centuries, which required the establishment of many new schools and the continual expansion of existing schools.