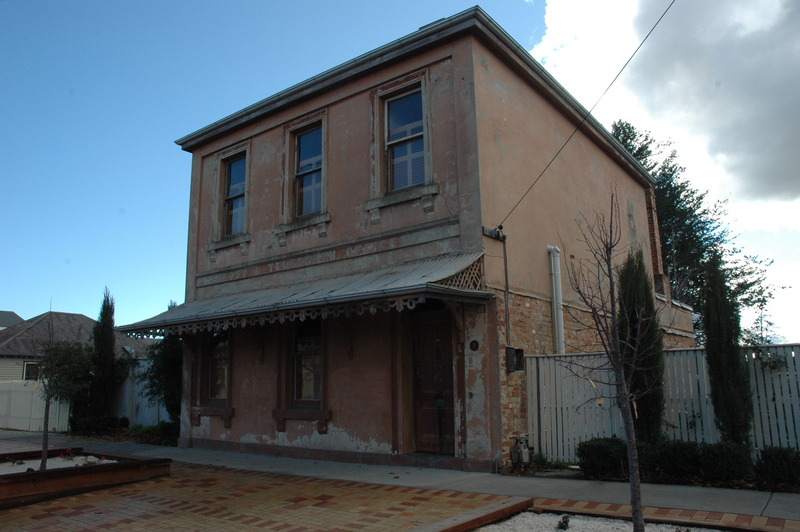 The house is incredibly intact and the original fabric includes an unusual cantilevered verandah with ornate timber brackets and decoration. It has a symmetrical facade with three upper sash windows of single pane glass which appear to be original, a single Victorian period timber door and two timber framed windows at ground level and a projecting render band above the verandah which has the outline of a sign announcing "Post & Telegraph Office".

140 Inglis Street, Ballan is of local historical, rarity and representative (architectural) significance to the Moorabool Shire.

140 Inglis Street, Ballan is historically significant for its association with the Flack family who ran businesses in Ballan and still own the property. The property was constructed circa 1874 and is an excellent example of a Victorian masonry building. It is one of only a few Victorian buildings surviving in Ballan which have not been altered.

As a purpose built Post Office it has rarity value because it was privately constructed rather than being built by the Government and is not of a known Post Office style. The rarity value of the building is enhanced by its intactness. (Criterion A & B)

The building retains a number of original features of the Victorian era, including rendered masonry walls with ashlar ruling and mouldings around windows and doors, a cantilever verandah with ornate timber brackets, decoration and single pane sash windows. The hipped roof has a central chimney and a side wall devoid of render indicates an early building (also a Flack store) has been removed. The retention of the generous garden setting with mature trees and prominent site in Ballan enhances its significance. (Criterion D)