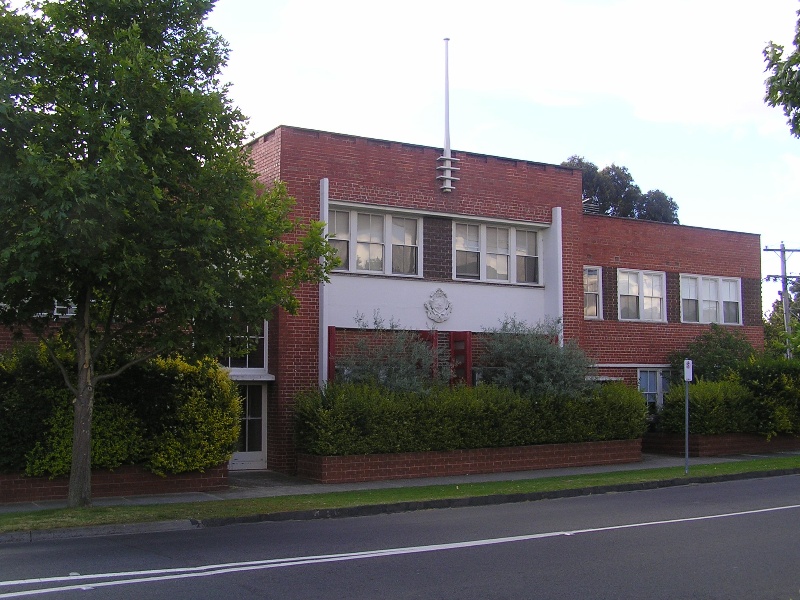 Review of B Graded Buildings in Kew, Camberwell &amp; Hawthorn

Designed by architect Harry Winbush in 1940-41, the former MFB fire station at 135-137 Belford Road, Kew is of local historical and architectural significance. It is a good, representative and externally intact example of a large suburban fire station of the late interwar period, which demonstrates its original use through the retention of details such as the central flagpole and MFB crest, but also through its overall form. Architecturally, the building stands as a good example of the Modernism dominant in smaller and medium-sized institutional buildings in Melbourne by 1940-1, Winbush's design comparing favourably with contemporary Seabrook and Fildes and Percy Everett designs. It is distinguished by a plainness and elegance in its massing and detailing which sets it aside from earlier Streamlined Moderne treatments, and is a key example in Boroondara of Modern architecture of the period.