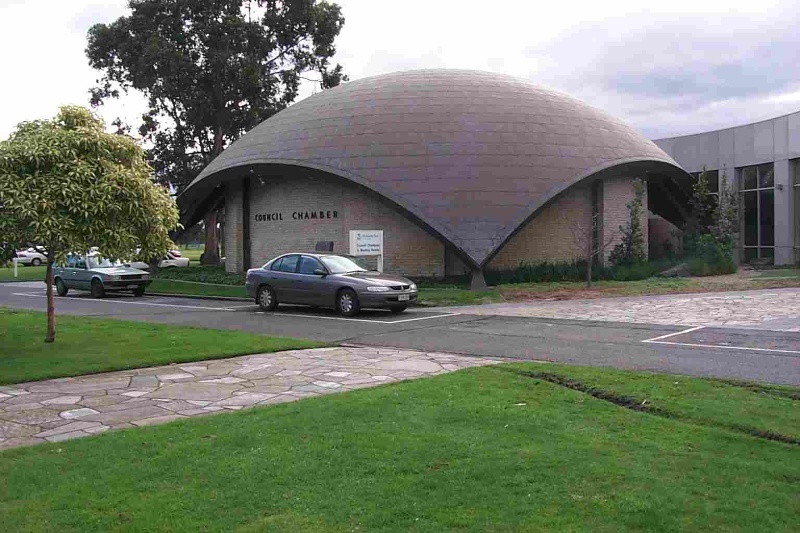 The Altona Civic Offices Council Chambers (former) is of local historic, social, aesthetic and technical significance to the City of Hobsons Bay.

Historically, it is significant for its strong associations with the former City of Altona as the first (and only) purpose built Council Chambers. It illustrates the rapid development of the City of Altona from its inception in 1957 to the construction of the new municipal complex of which the Chambers were a part in 1963. (AHC criteria A4 and G1)

Socially, it is significant for its strong associations with the Altona community, particularly at the time of its formative development in the 1960s and is an important local landmark and part of the identity of the area. (AHC criterion G1)

Aesthetically, it is significant for its striking modernist design, which was inspired by contemporary buildings such as Romberg and Boyds Academy of Science building in Canberra, which dramatically illustrates the progressive and forward-thinking philosophy of the young Council at the time. (AHC criterion E1)

Technically, it is significant for the distinctive domed form, which followed the latest trends in concrete shell design and is now one of a small group of segment-domed public buildings in the country. (AHC criteria B2 and F1)