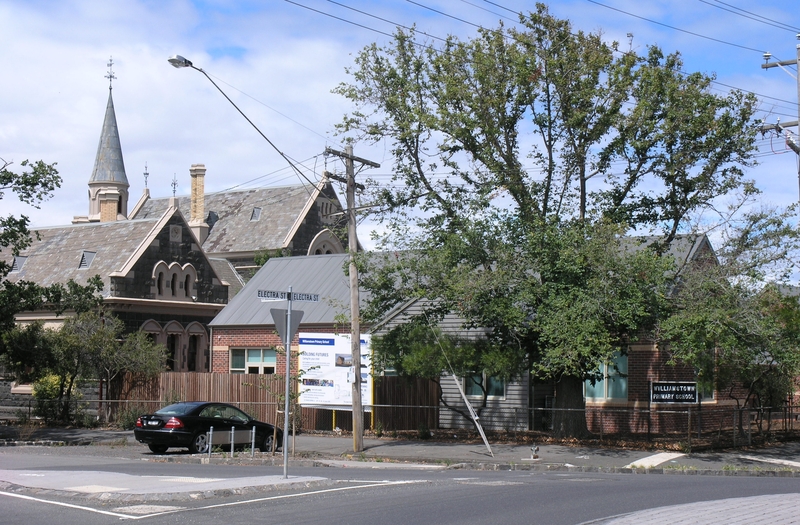 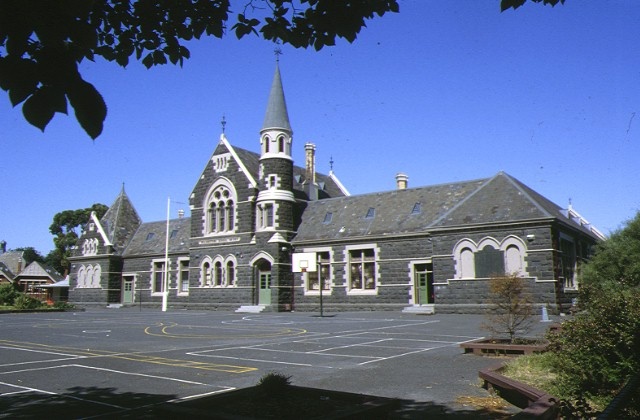 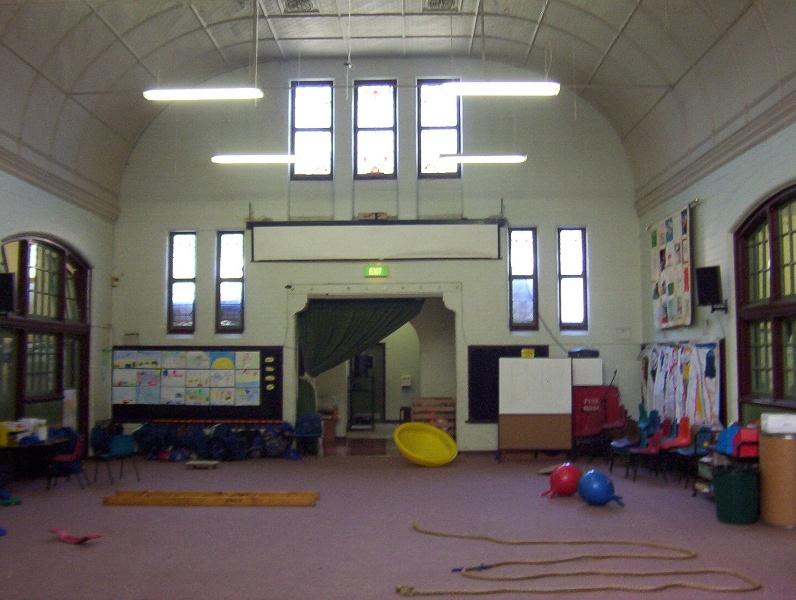 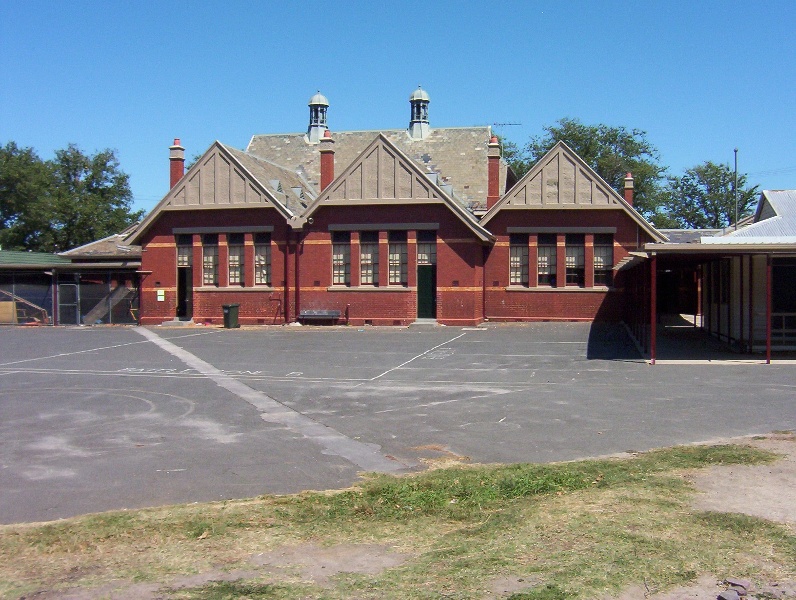 What is significant?
The site on which Williamstown Primary School stands was originally part of the market reserve and was purchased by the Education Department from the Williamstown Council in 1874. Williamstown Primary School was first opened in 1873 at the Mechanics Institute, with increasing numbers of pupils necessitating the leasing of additional rooms for classrooms in the Temperance Hall in 1875 and the Methodist Church in 1876. In 1877 tenders were called for the erection of a new school building, which was opened the following year. In 1905 additional land was acquired to enlarge the school, and as a result the original allotment of about two acres was almost doubled in size.

The first building constructed for Williamstown Primary School was built at the end of a substantial construction phase, following the creation of the Education Department in 1873. The architect for the department at the time was Henry Bastow and a number of Gothic inspired school buildings were designed, including a very similar example in Urquart Street, Ballarat, constructed in 1878 in polychromatic brick.

The 1878 school building at Williamstown is constructed of cyclopean-faced basalt, recorded as quarried from the site, with rendered window and door surrounds and string courses, cream brick chimneys and a slate roof. The building consists of an asymmetrically composed central two storey section with a tower, flanked by two single storey wings. It is designed in the Gothic style, which was commonly adopted for larger school buildings from the late 1870s, and incorporates steep slate gable and hip roofs, roof gablets, a prominent circular tower and pointed arch openings with label mouldings. A steeply pitched pyramidal roof, parapeted with gable ends to two sides, remains at the south end of the main facade. A similar one, removed in 1925, stood at the northern end in a symmetrical manner. Two single storey wings project west from the ends of the main facade.

A timber building with low pitched corrugated metal roof was constructed in the late 1930s and in the early 1950s a prefabricated aluminium building by the Bristol Aeroplane Company was erected on the site. These prefabricated buildings, constructed in England and transported to Australia, were erected across Victoria. The example at Williamstown is made up of two modules and incorporates vertical metal fins, for sun control, on the north facade.

Extensive remodelling of the 1878 building was undertaken in 1915 with changes made internally and externally. At this time, significant alterations were made to many of the arched windows of the ground floor, which were enlarged and squared. The Infant School was used as a girl?s secondary school from the 1920s until 1962, when it was again used for the younger pupils.

How is it significant?
Williamstown Primary School is of architectural and historical significance to the State of Victoria.

Why is it significant?
Williamstown Primary School is of architectural significance for the 1878 building which is a rare basalt example of an urban primary school designed in the Gothic style. It is one of a group of important school buildings designed by Henry Bastow in this style and the central offset tower and the pyramidal end tower are of note. The building was reported to be the best example of the type of school being built in the Australian colonies at the time, and a model was apparently sent to London for inclusion in an exhibition.

The 1905 Infant School at Williamstown Primary School is of architectural significance as an early and accomplished example of Federation Queen Anne applied to educational architecture. It is also of note as the first Infant School to respond to new ideas in planning and elevation in relation to infant school design, and represents a major shift in educational thinking compared with the 19th century, particularly in relation to lighting, ventilation and planning. It formed the basis of infant school architecture in Victoria for the ensuing nine years, during which time twenty-six schools were built.

The prefabricated Bristol Aeroplane Company building is of architectural significance as a representative example of this type of construction, once common in the State. It reflects both the shortage of building materials after the Second World War and the need to cater for a growing population. The building appears to remain reasonably intact, despite some alterations.

Williamstown Primary School is of historical significance due to its association with the development of the suburb of Williamstown and as a reflection of the development of education in Victoria following the creation of the Education Department in 1873. It was built in response to the growth of this suburb and the addition of buildings in the 20th century reflects the changing needs of the community.