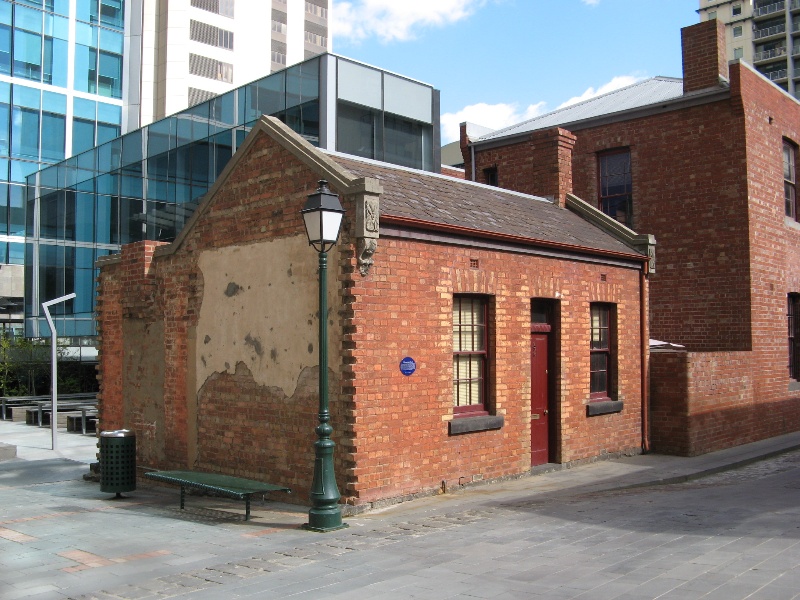 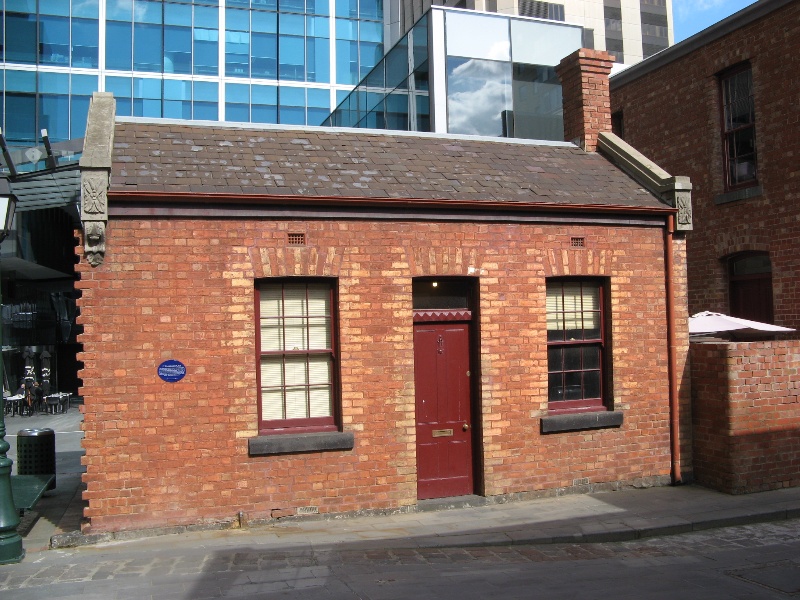 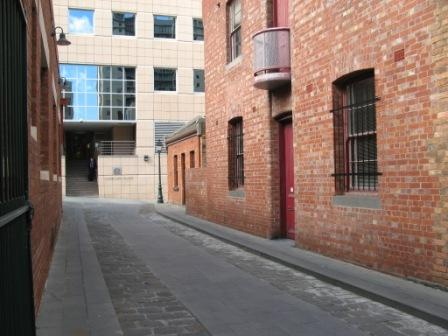 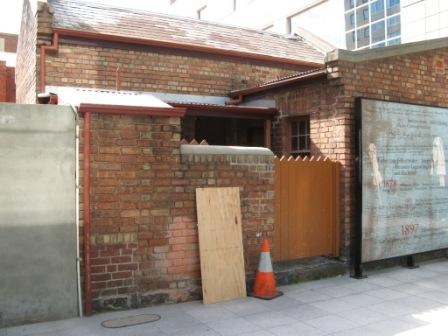 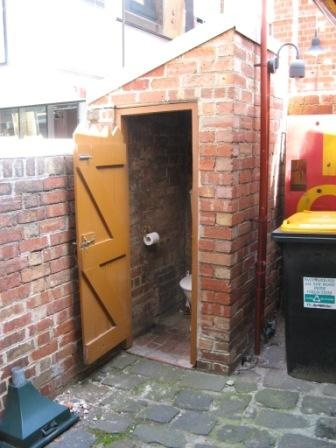 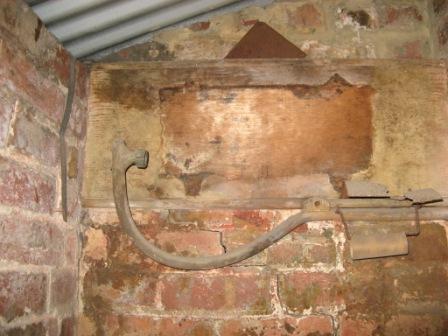 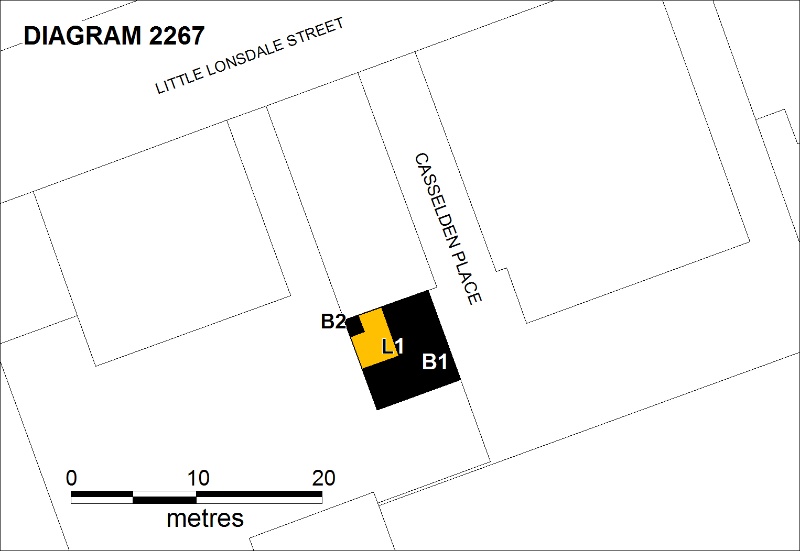 The house at 17 Casselden Place is a single-storey brick cottage of three rooms, the last remaining of a row of six cottages built in 1877 on the west side of Casselden Place, a laneway running off Little Lonsdale Street in the once-notorious Little Lon area of Melbourne. The land around Casseldon Place had been subdivided and sold in 1847 and five two-room wooden cottages were built there, most probably just before the Melbourne Building Act came into effect in January 1850. This was introduced to restrict the spread of fire and specified the use of fireproof building materials. These cottages were bought in 1871 by John Casselden, but there are no records of any earlier building having been constructed at 17 Casselden Place. In 1877 Casselden, who had been first recorded in 1853 as a shoemaker and later as a newsagent, had six new brick cottages built by George Tuxworth. The six cottages were always rented out, often to Chinese men or single women, who were attracted by the cheap rental and central location. The single women were likely to have been among the many prostitutes who contributed to the area's poor reputation. The cottages remained in Casselden's possession until 1890, after which they changed hands every few years until the Commonwealth Government took possession of the area in 1948. In the 1960s the other five of the six cottages were demolished leaving number 17 as the sole survivor, which in 2010 is used as an office. The city block on which the house is located has been redeveloped, and the house is now almost surrounded by high-rise buildings: the Telstra national headquarters, the Casselden Place office tower and The Urban Workshop.

The house at 17 Casselden Place is a small three-room cottage constructed of machine-made bricks on bluestone footings and has a gabled slate roof. There are two main rooms, one, which opens directly off Casselden Place, has a fireplace with a timber surround (likely to have been installed some time after the building was constructed), a timber dado and a wooden ceiling. The other room, originally a bedroom with no fireplace, opens off this. The small kitchen is in a rear skillion and opens off a small bluestone-paved courtyard, which also contains a brick WC structure, which retains with some early water piping and evidence of its former nightsoil function.

The house at 17 Casselden Place is of architectural and historical significance to the state of Victoria.

The house at 17 Casselden Place is historically significant as the only surviving example in the city of the many single-storey workers' houses that were built along the back lanes of the central city as rental investments from the early 1860s. It is a demonstration of the way of life of the city's poorer residents in the second half of the nineteenth century. The good quality of its materials and construction are probably a reflection of the Melbourne Building Act which came into effect in 1850. The small scale of the cottages reflects the circumstances in which many inner-urban poor found themselves, unable to find or afford more substantial lodgings. The artefacts uncovered by the large-scale archaeological excavation of 2002-04 revealed the frugal respectability of Melbourne's working class poor, who expressed pride in their homes through the possessions they acquired and used to decorate their homes.

The house at 17 Casselden Place is architecturally significant as the last of the many single-storey workers' cottage built in the city of Melbourne during the second half of the nineteenth century to survive intact. It is a unique example of a small-scale workers cottage of the second half of the nineteenth century, and is notable for the quality of the materials and the workmanship.