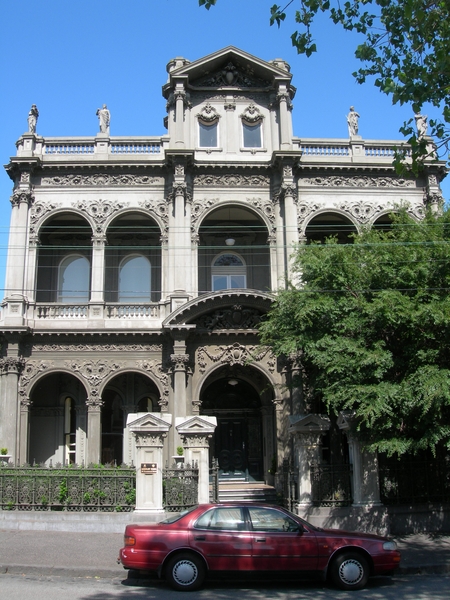 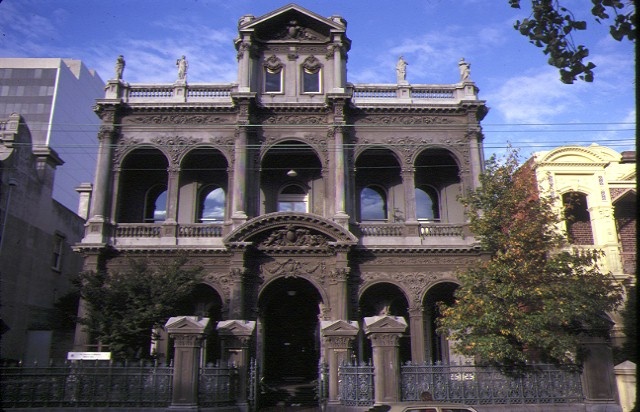 What is significant?
Medley Hall was erected in 1893 for Mrs Leah Abrahams by the builder Richard Stockdale to the design of the architect Walter Scott Law. The elaborately decorated two storey rendered brick structure has a two tier arcade. The residence, originally of thirteen rooms, was designed with a free use of classical elements and motifs which has become known as the so-called boom style. The main facade is symmetrically arranged as four bays of two storeys flanking central bay. This central bay appears to project slightly because of prostyle Greek Corinthian and Ionic columns carrying a broken segmental pediment on the ground storey and broken entablature on the first storey. A tower raises the central bay to a third storey. Flanking the tower, the balustraded parapet carries two statues on either side. The interior is richly decorated.

How is it significant?
Medley Hall is of architectural significance to the State of Victoria.

Why is it significant?
Medley Hall is architecturally significant as one of the most outstanding designs of noted Melbourne architect W S Law. Law was the designer of many elaborate houses and terraces during the so-called ?boom period? of the 1880s, including Biltmore and Drummond Terrace. The profusion of fine stucco work and mouldings, both internally and externally, is unsurpassed and epitomizes the boom period.
Show more
Show less
All information on this page is maintained by Heritage Victoria. Click below for their website and contact details.