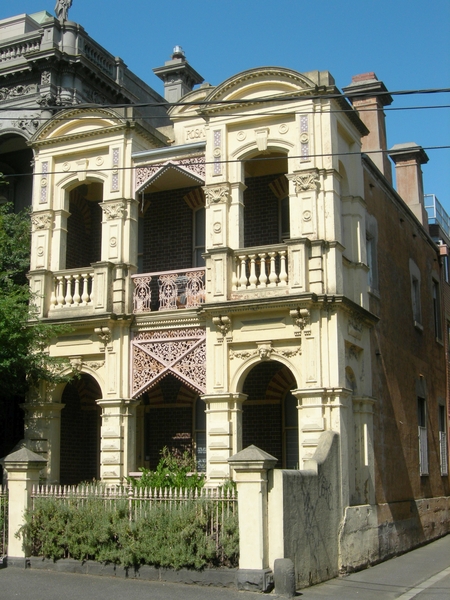 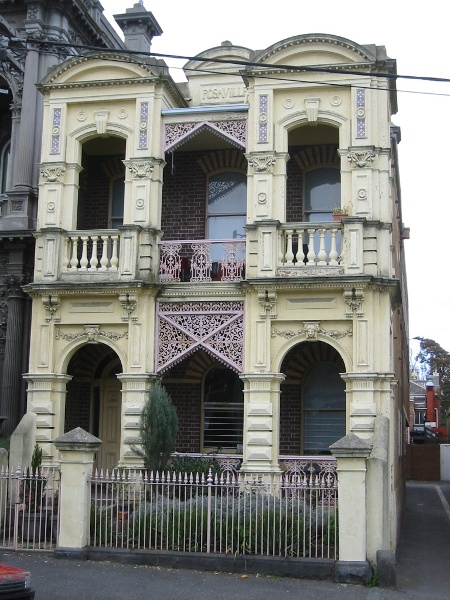 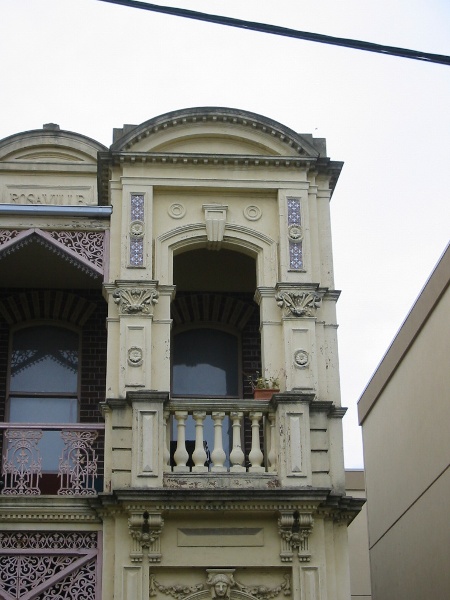 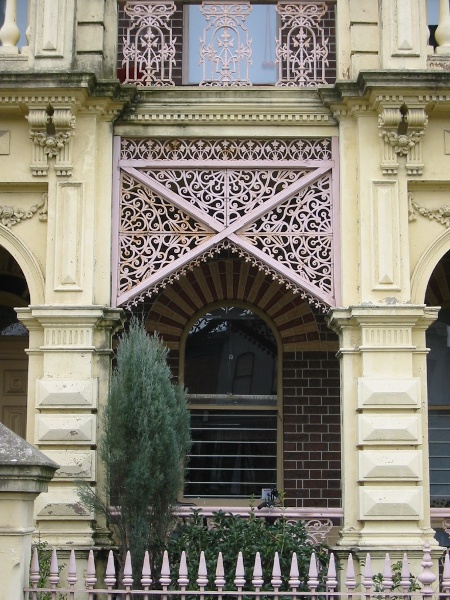 Rosaville, at 46 Drummond Street, Carlton, was built in 1883 for Abraham Harris to the design of the architect Nahum Barnet. Rosaville, an exotic example of so-called boom style classicism, is a symmetrical two storey terrace residence constructed of brick. The elaborately stuccoed brick wings of the two storey verandah are divided by a cast iron balustrade panel and frieze. The stucco detailing is extremely Mannerist in style, expressed as a restless surface combining a range of classically derived elements such as pilasters, elaborate capitals, rustication, festoons, swags and dentillated segmental pediments. The openings on the two storeys as are treated as contrasting segmental and round arches. Additional decorative variety is given by the ornamental tile insets to the uppermost pilasters and by keystone faces. The parapet to the roof has a nameplate beneath a segmental arch pediment. An iron palisade fence between brick piers divides the small front garden from the street.

How is it significant?
Rosaville is of architectural significance to the State of Victoria.

Why is it significant?
Rosaville is architecturally significant as an excellent example of so-called boom style classicism in 1880s Melbourne. The highly ornate and mannered treatment of the verandah contrasts to the more conventional polychrome brickwork of the bulk of the house behind. Rosaville demonstrates the prevailing 1880s domestic architectural expression of wealth, opulence and confidence amongst the successful business classes.
Show more
Show less
All information on this page is maintained by Heritage Victoria. Click below for their website and contact details.