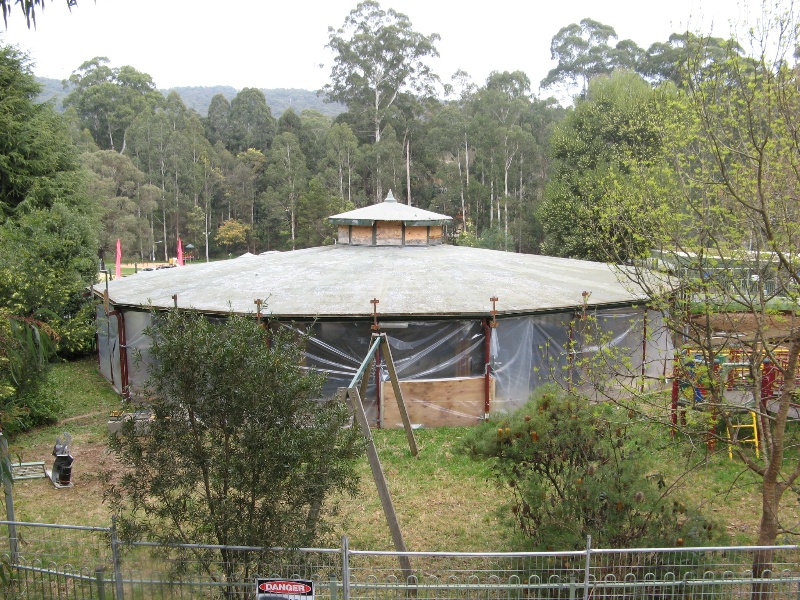 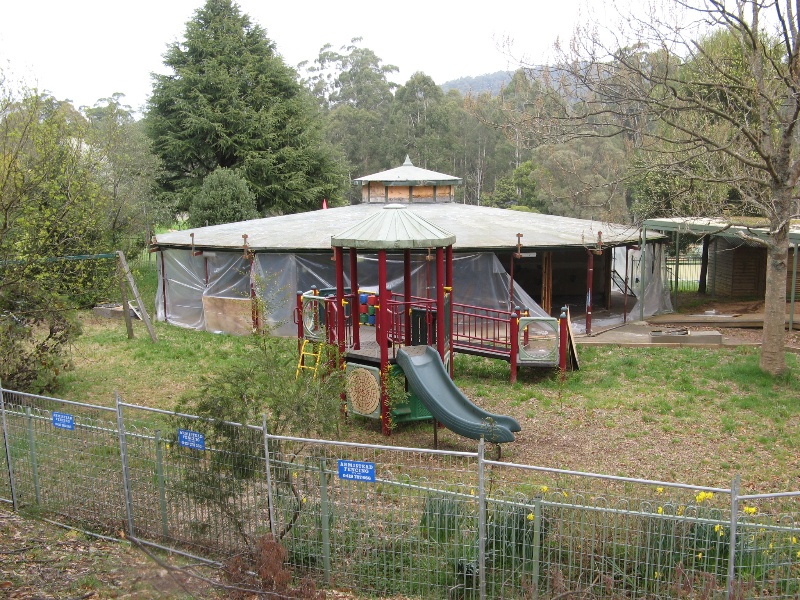 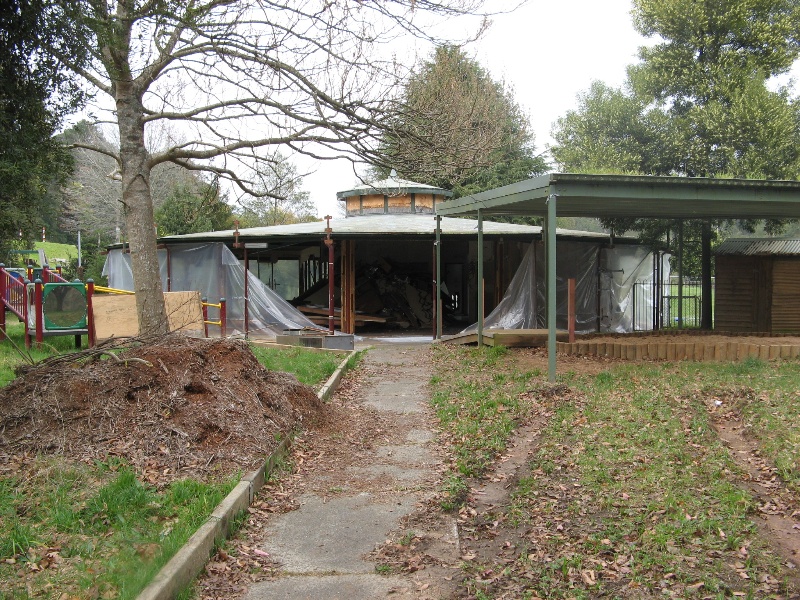 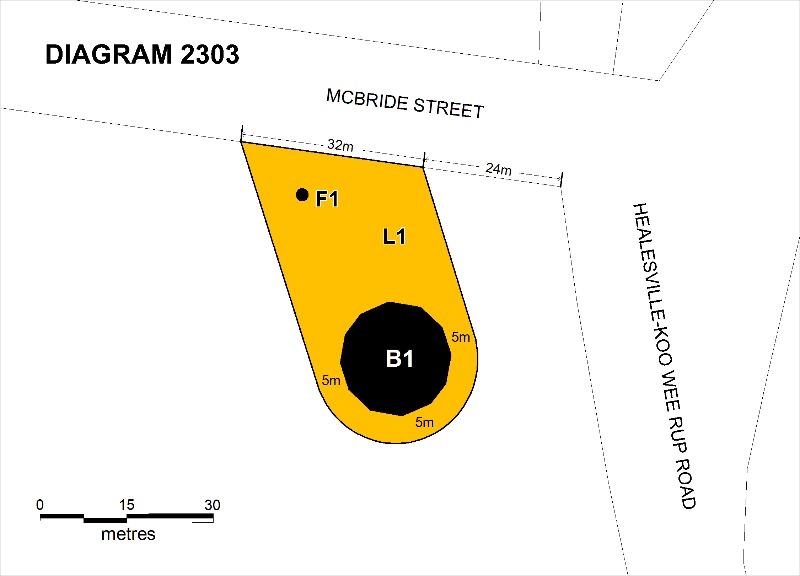 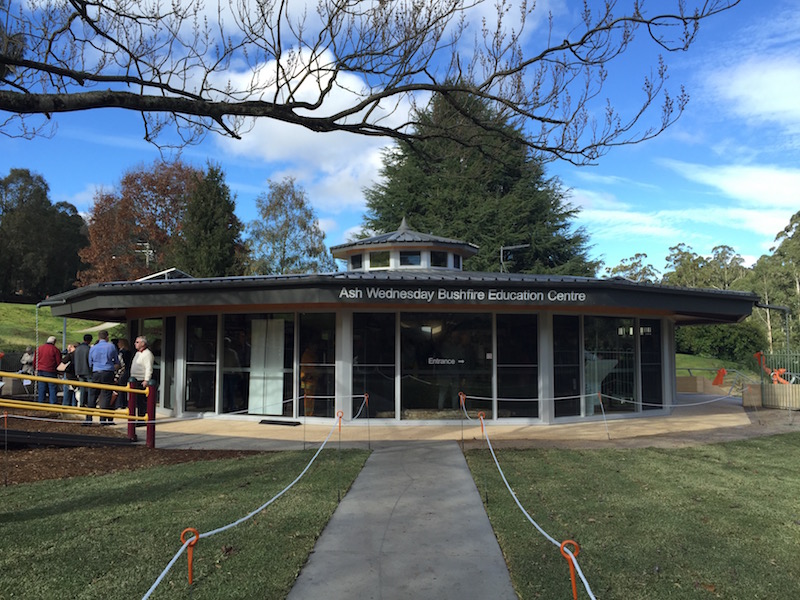 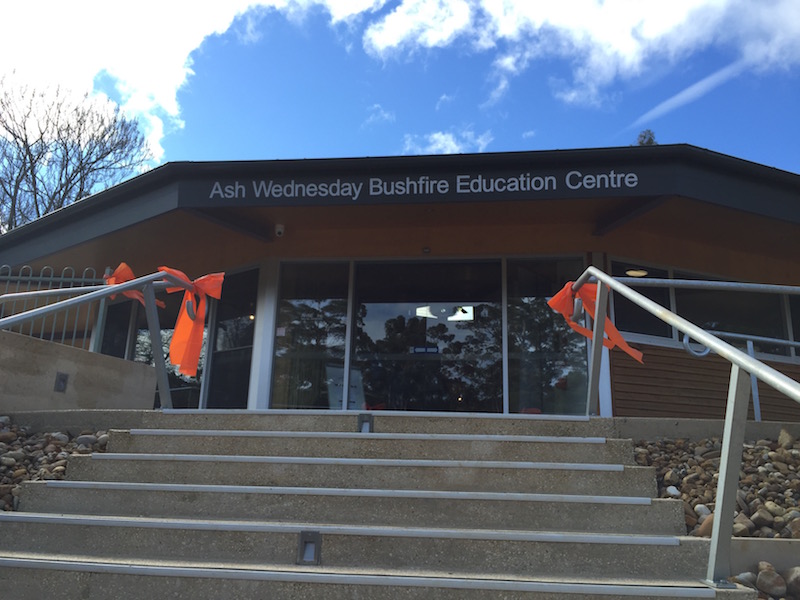 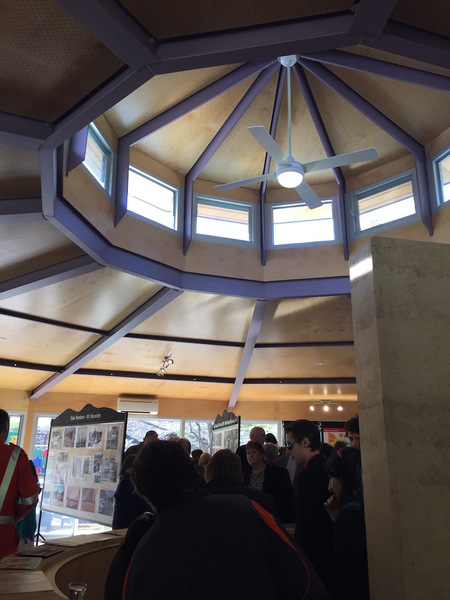 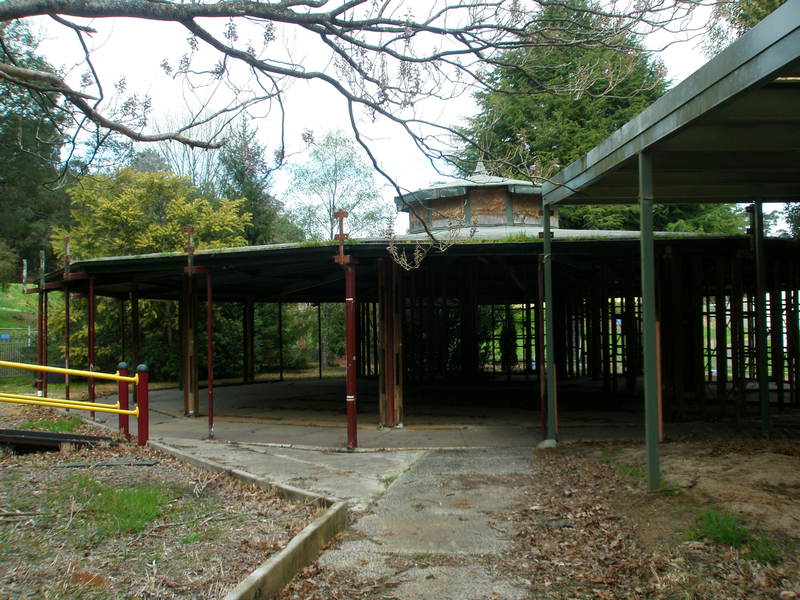 The former Cockatoo Kindergarten is a 1976 kindergarten building in a semi-rural setting in the township of Cockatoo, about 50 km east of Melbourne. The site is part of the traditional land of the Kulin Nation.

The former Cockatoo Kindergarten is located in the Alma Trelour Reserve. It is a steel-framed circular building with a low pyramidal roof tapering up to a central lantern, which provides light and ventilation, and has a surrounding verandah. Internally it had a large play room, office and toilet facilities. The exterior walls of the building, originally of asbestos sheeting with large areas of glass, have been removed, and some of the internal walls have also been destroyed.

The kindergarten was built to provide facilities for the then rapidly growing population, on land provided by the local Council, using money raised by the Cockatoo Community Co-operative. The circular-plan building was designed by the Melbourne architect Richard Allen to resemble a merry-go-round.

Much of the township of Cockatoo was destroyed in the catastrophic Ash Wednesday bushfires of 16 February 1983, which devastated large areas of Victoria and South Australia. The fire that affected Cockatoo started late in the day and changed direction after the wind went around to the south-west. Many local firefighters and appliances were away fighting fires elsewhere, so the township was exposed. The fire burned 1,800 hectares of land and destroyed 307 buildings. Six people lost their lives in and around Cockatoo.

During the fires the kindergarten building became a refuge for about 300 local people, almost half of whom were children. In the days after the fires the Red Cross used the building as a registration centre.

During the Australian tour of HRH the Prince of Wales and HRH the Princess of Wales in March 1983 the couple visited Cockatoo, and planted a Flowering Gum (Corymbia ficifolia, formerly Eucalyptus ficifolia) at the entrance to the kindergarten to mark the occasion.

The roof of the building was badly affected by the fires, and deteriorated further in the following years, resulting in 2005 in the kindergarten moving to another site. The building remained unused for several years and during this time suffered from vandalism. Council's decision to demolish the building in 2011 met with opposition from the local community, which wanted it kept as a memorial.

The Former Cockatoo Kindergarten is of historical and social significance to the State of Victoria.

Victoria's Framework of Historic Themes identifies 'seeking refuge from fires' as one sub-theme under 'living with natural processes' (Theme 1.5) and lists 'fire refuges' as an example of places representing this theme.

The former Cockatoo Kindergarten is historically significant for its role as a refuge for about three hundred residents of Cockatoo during the devastating Ash Wednesday bushfires of 16 February 1983. The Ash Wednesday fires were a highly significant event in the course and pattern of Victoria's cultural history and the former Kindergarten is an outstanding representative example of a place of refuge during that event.

The former Cockatoo Kindergarten is of social significance for its ability to resonate with other fire-affected communities and the wider Victorian public and interpret to them the experience of 'seeking refuge from fires'.