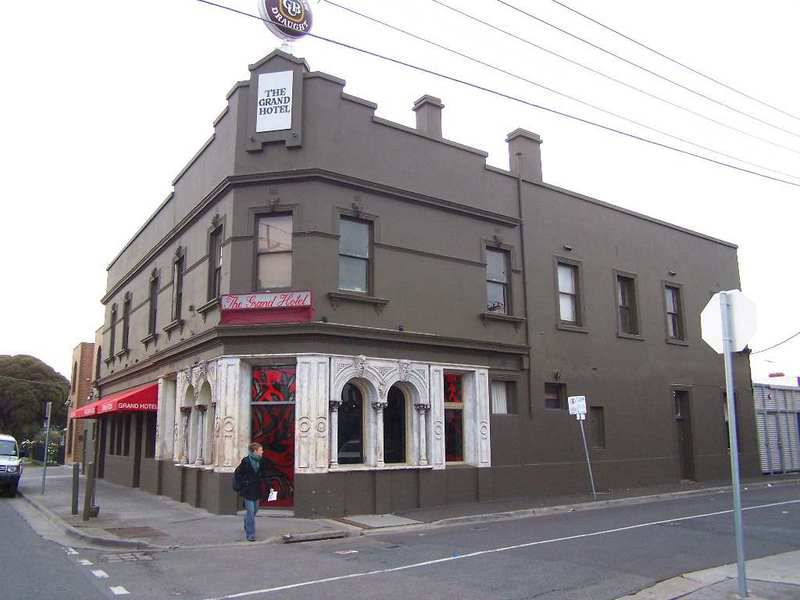 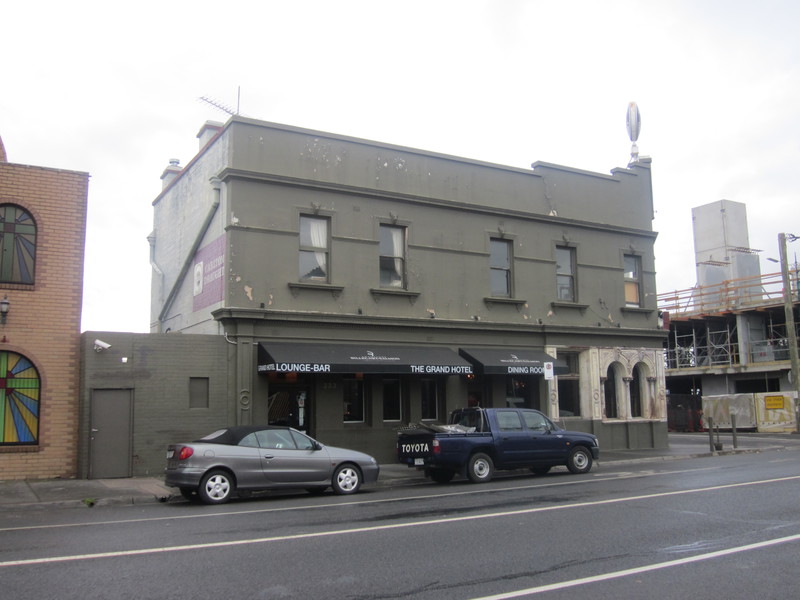 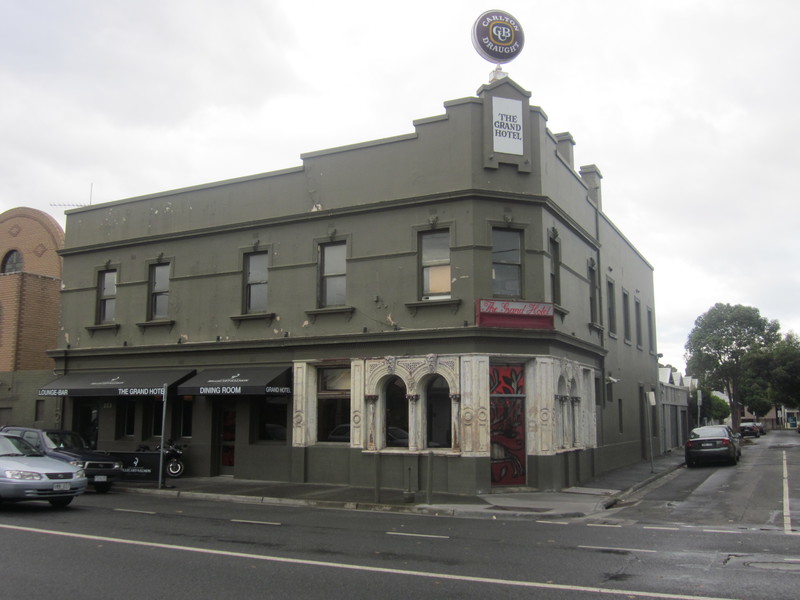 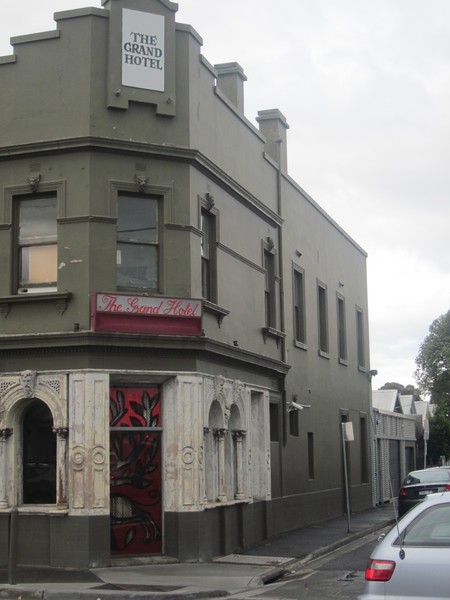 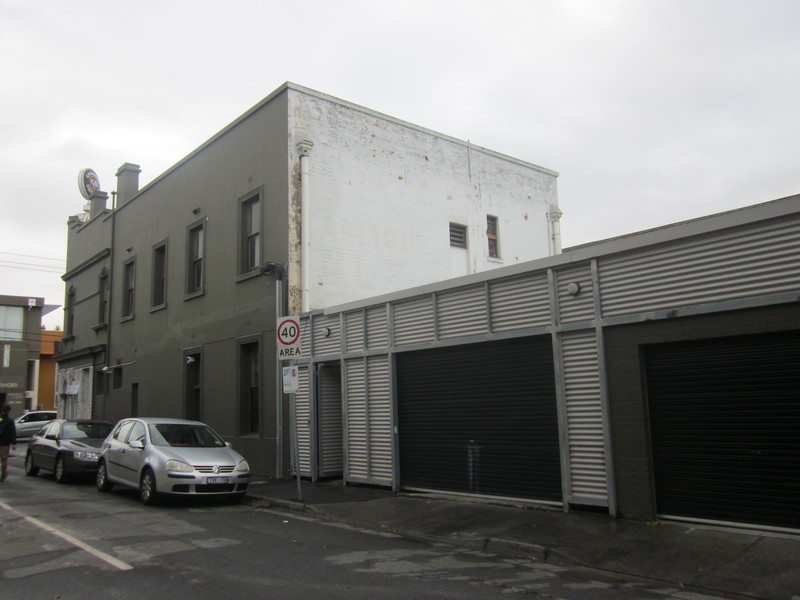 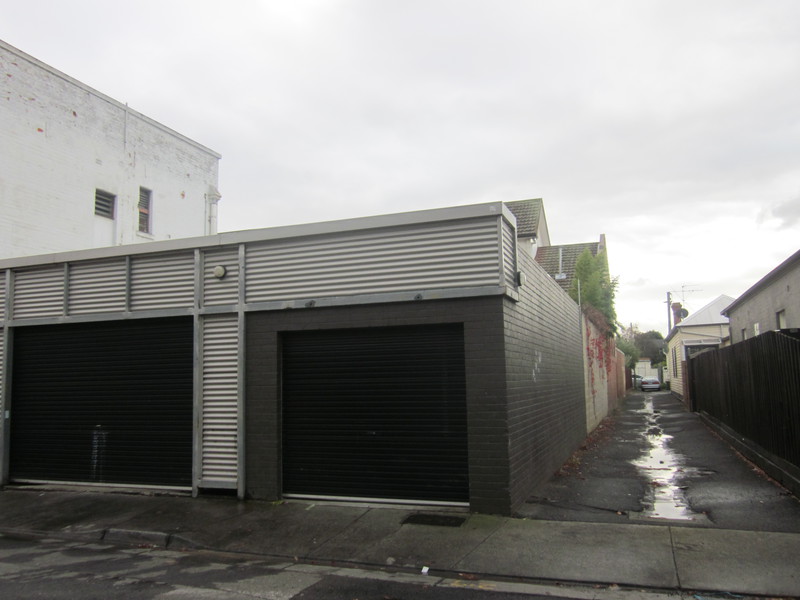 What is significant?
The Grand Hotel at 331-333 Burnley Street was constructed in c.1888 and is a two storey nineteenth-century brick corner hotel, with later alterations. The building is L-shaped in plan with a chamfered corner to Burnley and Bliss streets, and a double hipped roof clad in corrugated galvanized steel. The main south and west facades have overpainted rendered brick finishes. Windows include original first-floor double hung sashes, linked by a moulded string course supporting square-headed architrave mouldings with lion-headed keystones and moulded sills with floral brackets; and at ground floor level highly decorative paired Italianate windows. Other window details include arches on Romanesque half-columns with Corinthian capitals, keystones moulded as bearded heads, and vermiculated spandrels and broad sills; there are also coffered astylar pilasters, and a dentilled entablature at the ground-first floor transition. The building also has a more simply detailed two storey wing extending to the east along Bliss Street; and an overpainted single storey brick garage abutting the rear lane which is not of heritage significance.

How is it significant?
The Grand Hotel at 331-333 Burnley Street, Richmond, is of local historical and aesthetic/architectural significance.

Why is it significant?
The Grand Hotel at 331-333 Burnley Street, Richmond is of local historical significance. The two storey brick corner hotel was constructed in c.1888, at a time when the development of this eastern area of Richmond was consolidating. It was sited in the section of Burnley Street, near Swan Street where commercial development was increasingly located in the late nineteenth and early twentieth centuries. The hotel provides evidence of the typical arrangement of main and secondary entrances, providing access to the various internal spaces of public bar, dining room, and accommodation. The hotel is also significant for having operated for over 130 years, serving the local Richmond community as a place for social and recreational activities.

The Grand Hotel is additionally of local aesthetic/architectural significance. The building is prominently located, with a chamfered corner entrance, and the latter enhanced by the projecting gabled signage panel and stepped parapet at first floor, and the distinctive arrangement of paired Italianate windows to each side of the entrance. Other elements of note include the surviving original window treatments, and the detailing which distinguishes the building from many other nineteenth-century hotels with chamfered corner entries and later makeovers. These include the elaborate system of Italianate arches and coffered, astylar pilasters, together with the dentilled entablature along the ground-first floor transition.