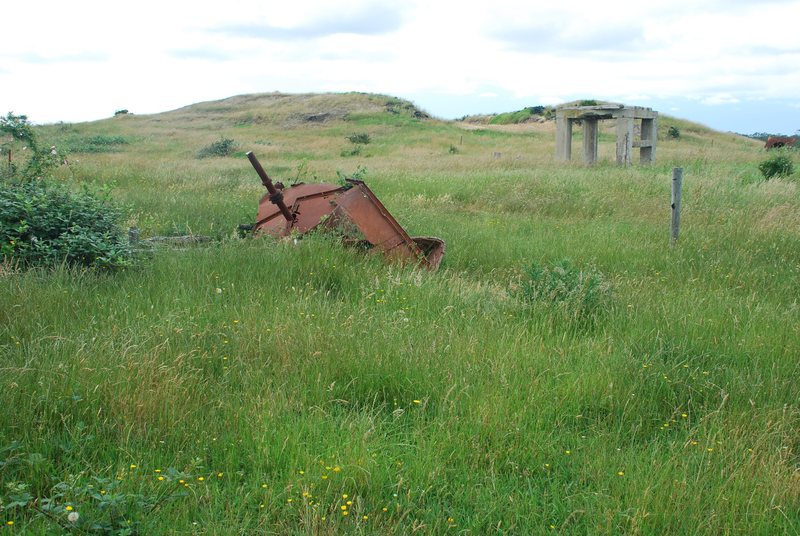 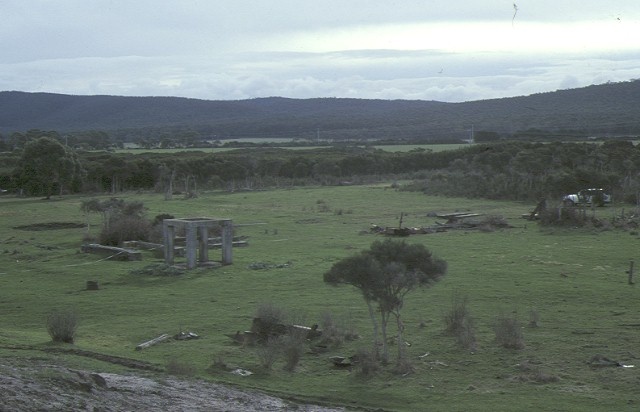 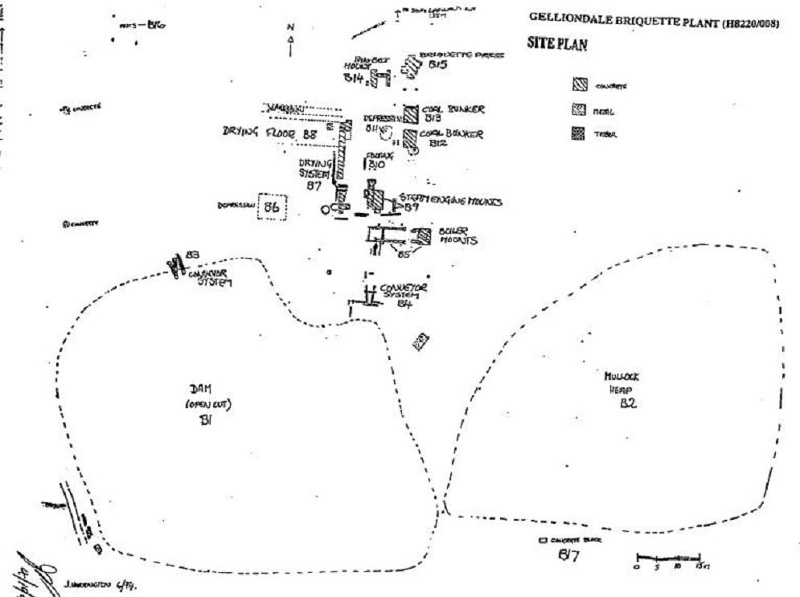 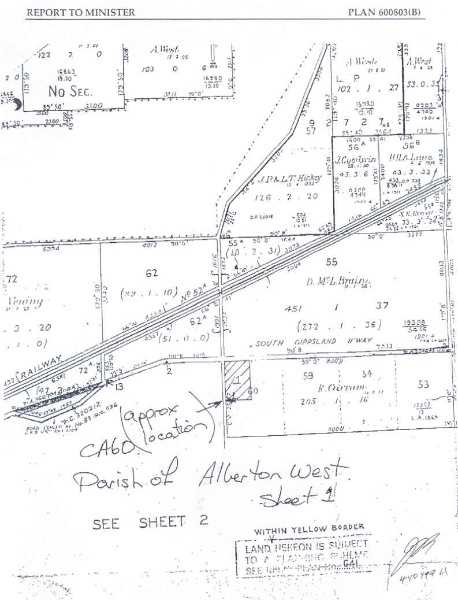 The Gelliondale Brown Coal and Oil Co. commenced operations in 1930 and under the direction and ownership of James T Knox started manufacturing briquettes in 1934. The company ceased the production of briquettes in 1944 and was wound up in 1950. The concrete engine footings and machinery remains of the briquette plant today form part of an industrial complex comprised of a factory and conveyor belt system, a water frilled open-cut mine, a large mullock heap and the remnants of a tramway system.

The remains of the Gelliondale Briquette plant have an important association with the endeavours of James Knox and the Gelliondale Brown Coal and Oil Co. to retain the rights of individuals and of private enterprise on the face of active opposition from the State Government. The social associations of the site are an illustration of the lack of power granted to the private sector when a conflict of interests arises in relation to the utilization of natural resources, culminating in this instance in the passing of legislation, the 1950 Gelliondale Land (Mineral Lease) Act, which granted the Crown authority for the resumption of both mineral leases and land.

The site of Gelliondale Briquette Plant is a rare example of a briquette plant. It is the oldest remaining example of briquette production processes in Victoria and is the only site which remains as a record of the history of briquette manufacturing in the State. The processes and machinery used in the production of briquettes at Gelliondale pre-date and differ to some extent from those used at the later, currently operational Morwell plant. The Gelliondale Briquette plant is much smaller in scale than the Morwell plant and therefore is representative of a different approach to the utilization of resources.

The Gelliondale Briquette plant demonstrates an association with an important figure as it was owned and operated by James T. Knox (1889-1967), a civil engineer who is noted for promoting the use of concrete in the Australian construction industry. He is purportedly the designer of the original 1937 concrete southern stand at the Melbourne Cricket Ground. Knox's innovative projects extended beyond building design and included attempts to introduce advanced farming technology and his operation of the Gelliondale Brown Coal and Oil Co.