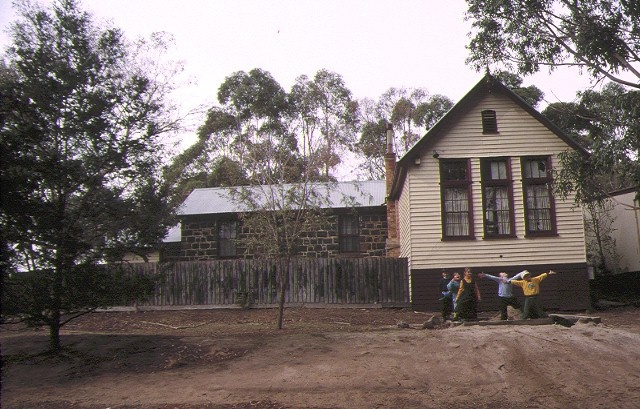 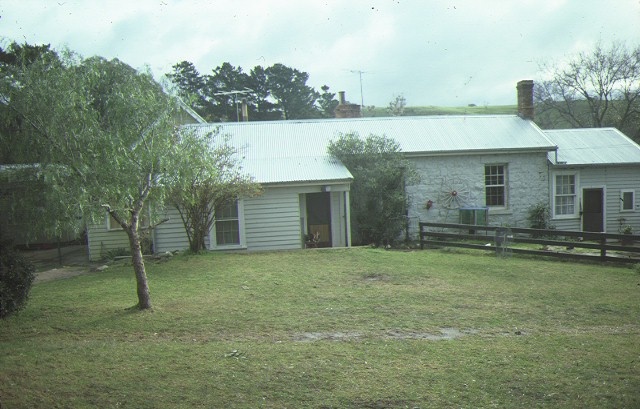 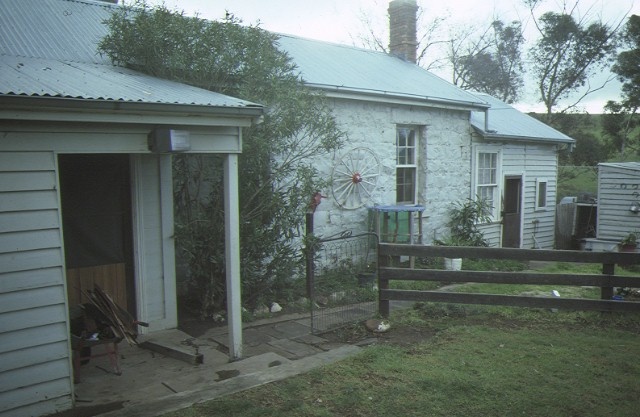 the 'What is significant?
The Bulla school precinct comprises the primary school and attached residence, a State School Endowment pine plantation on an adjoining parcel of land, and a suspension footbridge (1872) over the nearby Deep Creek.

Former Bulla State School No.46 was erected as a government-funded Common School in 1870-71 and transferred to the State School system following passage of the 1873 Education Act. Operating for 125 years, it has a long connection with the history and development of the rural township of Bulla.

The school consists of a rectangular-shaped schoolroom and an attached three-roomed teacher's residence constructed of even coursed bluestone. The one-roomed bluestone schoolroom has a gable roof, double-hung, multi-paned sash windows, closed-up fireplace, and a bluestone entry porch that is shared with the attached teacher's residence. A timber bedroom and wash-house were added to the residence in 1927. An additional weatherboard classroom, built in 1881 and extended in 1927, abuts the original schoolhouse; this includes a coved and lined ceiling.

The school pine plantation was established in 1929, through the Victorian Government's State School Forest Endowment Plantation Scheme, which was commenced in 1923, and was particularly encouraged at rural and semi-rural schools. The plantation demonstrates the elevated role of forestry education in the state school curriculum in the 1920s and 1930s. As well as engendering an understanding of the conservation and uses of timber, the scheme taught self-sufficiency and self-reliance owing to the self-regulation of the school plantation and the school's control over the revenue from felled timber. In 1950 the Bulla plantation won an award for 'Most Improved School Garden and Grounds' from the Australian Natives Association. The survival of mature pine trees from this plantation provides a strong visual coherence to the precinct.

How is it significant?
The precinct that comprises the former Bulla State School No. 46, adjacent school pine plantation and suspension footbridge, is of historical, architectural and scientific (technological) significance to the State of Victoria.

Why is it significant?
Former Bulla State School No. 46 is architecturally significant as a substantially intact example of a nineteenth-century bluestone and attached timber school building erected by the Board of Education (and its successor the Education Department), which served the dual functions of schoolhouse and teacher's residence. The former Bulla state school is the only known bluestone example of this type.

Former Bulla State School is historically significant at a State level for its continuing function as a small rural school for a period of over 125 years.

The narrow suspension or catenary bridge over the nearby Deep Creek is of technical significance as representing a typical bridge design of the late-nineteenth century, as well as a common bridge design for school purposes. It is now a rare example of this type and one of the oldest surviving footbridges in Victoria; the only other surviving footbridge associated with a school is at Myrtle Creek. The bridge is also of historical significance for its long association with the school and as an important contributory element of the broader Bulla state school heritage precinct.

The adjacent pine plantation, established through the State School Forest Endowment, Plantation Scheme, is of historical significance for its practical demonstration of the values of environmental and scientific learning, which were promoted in the Victorian state school curriculum in the 1920s.
[Online Data Upgrade Project 2004]