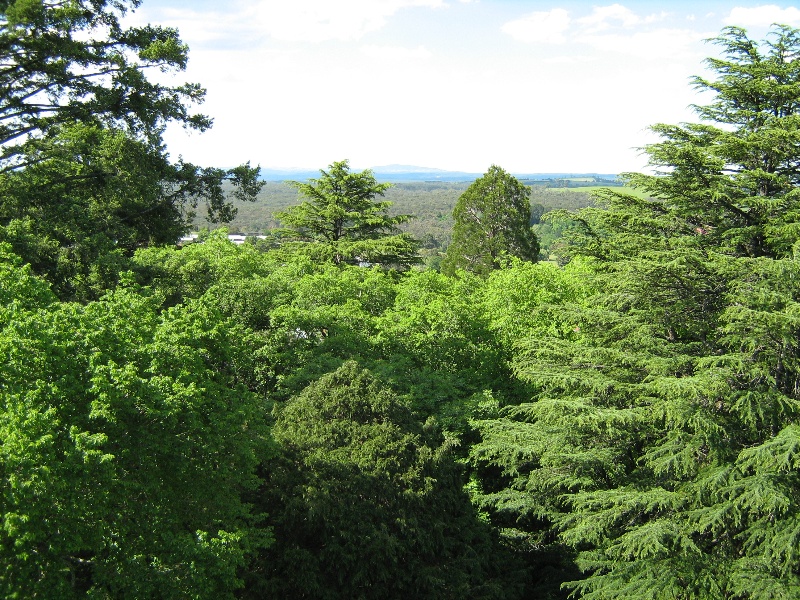 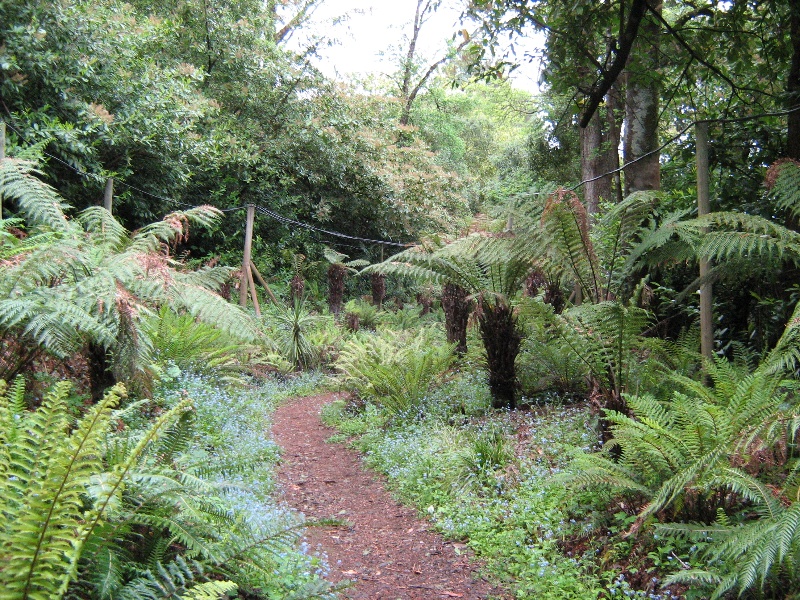 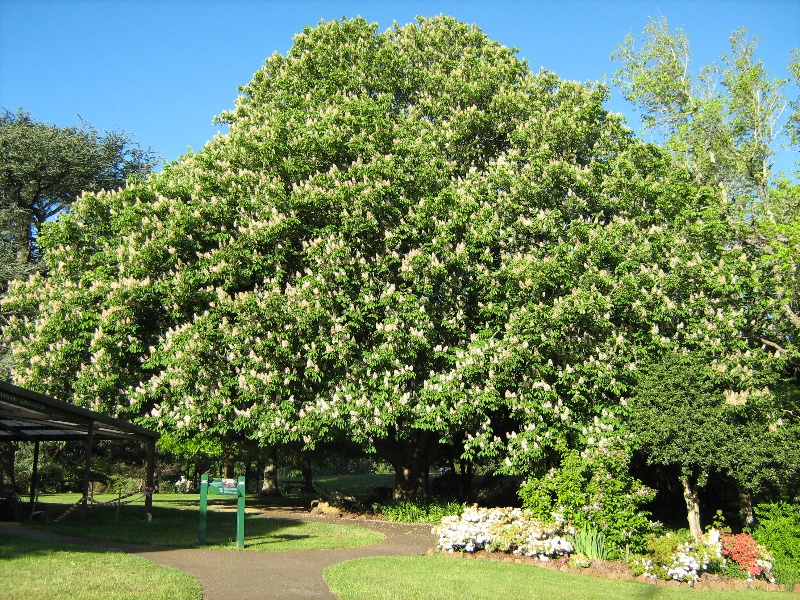 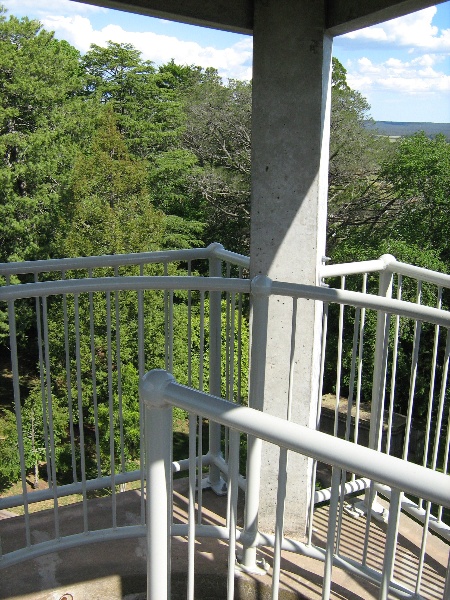 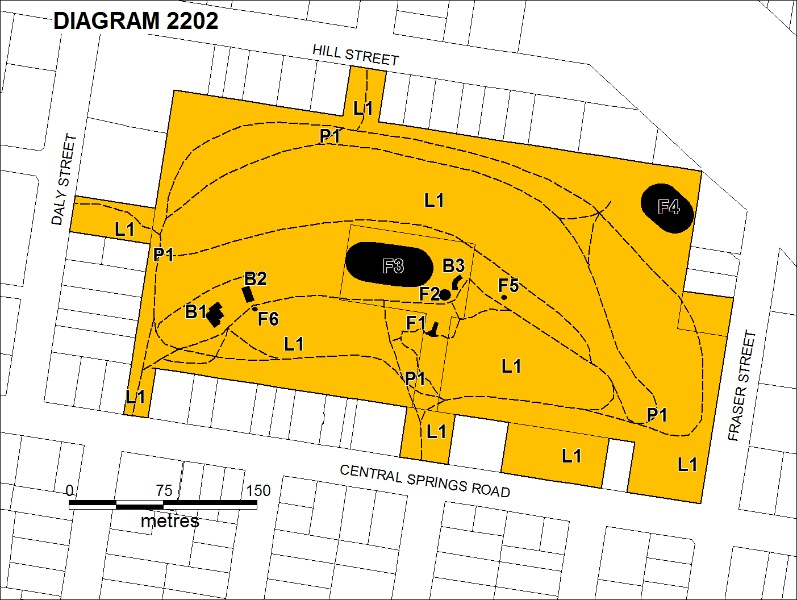 The Daylesford Botanic Gardens cover an area of 10.4 hectares and are bounded by Daley Street, Hill Street, Frazer Street and Central Springs Road. The site on the summit of the extinct volcano of Wombat Hill at an elevation of 667.8 metres, provides a rich soil, cool climate growing conditions, a favourable aspect and excellent views to the surrounding countryside and over the Daylesford township.

The land was first set aside in 1854, reserved as public garden in 1862, and developed from c.1865. The Gardens were extended slightly in 1870 and 1883 and developed with input from noted nineteenth century landscape designer, William Sangster, in 1884-85 whose original plan survives.

Due to the Daylesford Botanic Gardens being sited on top of a hill, the layout of the Gardens is not immediately apparent but several distinct areas can be determined. The central lawn area on the south side has display garden beds, the Alf Headland Conservatory constructed in 1988 to house the annual display of tuberous begonias, and a replica rotunda erected in 1993. The works depot area consists of the curator's residence built in 1948, large sheds, glass houses and two open nurseries. The Pioneers' Memorial Tower built in 1938 offers the opportunity for views across the Gardens and distant landscape, and a place to picnic on the north east side. Adjacent is the Circular Day Basin dating from 1882 which is the earliest known structure to remain in the gardens, although no longer in use. To the west is the large Oval Reservoir constructed in 1888-89 which holds some of Daylesford's water supply with the smaller Lower Service Basin c.1969 to the north, both of which were roofed in the 1990s. One of the main features of the gardens is the extant fernery with cascade, (not operational) designed by Sangster in 1884-85, located on the southern side of the hill. A circuit path meanders through this area . and leads back to the road and into the formal garden area from the Pioneers' Memorial Tower. Much of the existing path layout, including the carriage driveway lined with an avenue of Dutch Elms, have been retained from the nineteenth century, together with the extensive tree plantingincluding many species of conifers, other mature trees and cool climate plants.

The Daylesford Botanic Gardens are of historic, scientific (botanic), and aesthetic significance to the State of Victoria.

The Daylesford Botanic Gardens are historically significant as a fine example of a regional botanic garden demonstrating the typical characteristics of a carriage drive, informal park layout, decorative structures and works such as the memorial tower, conservatory, rotunda, cascade and fernery, which contrasts with the open lawns planted with specimen trees, areas of intensive horticultural interest and close proximity to a township developed during the mid to late nineteenth century.

The Daylesford Botanic Gardens are historically significant for the design input by noted landscape designer William Sangster, and for the survival of his 1884 plan, which is a rare example of a plan from this prolific garden designer.

The Daylesford Botanic Gardens are of aesthetic significance as a rare example of a botanic garden spectacularly sited on an extinct volcanic cone which allows a panoramic view, aided by the 1938 Pioneers' Memorial Tower, as well as vistas within and out of the gardens and from the township to the gardens. As the most prominent local landmark, the Garden's vertical dominance in the landscape provides a dark contrast to the elms avenues, oaks and other deciduous species.