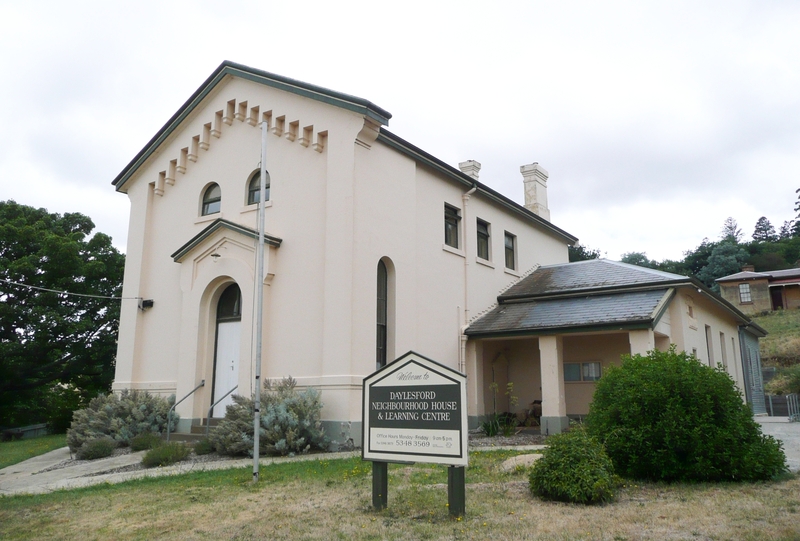 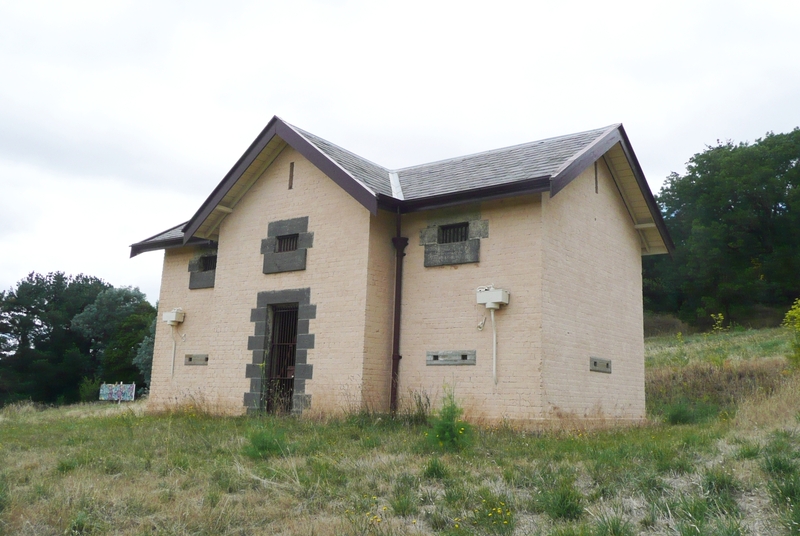 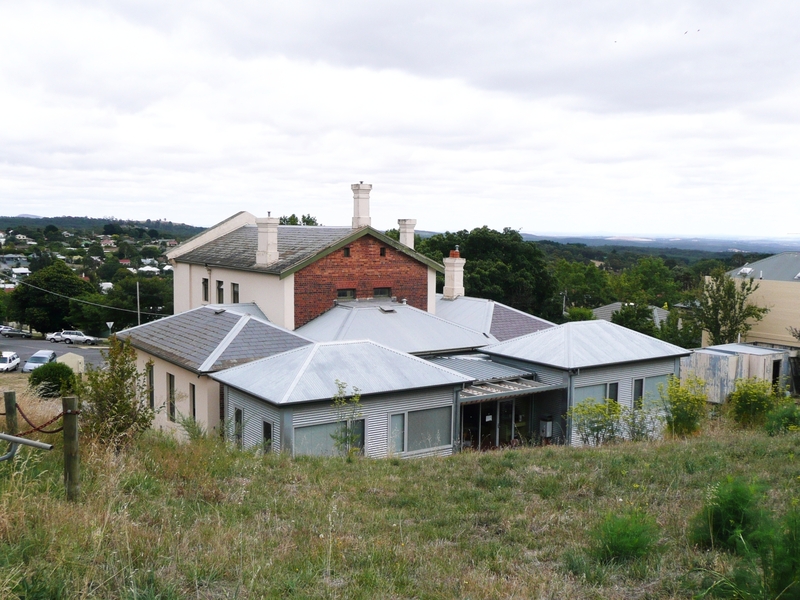 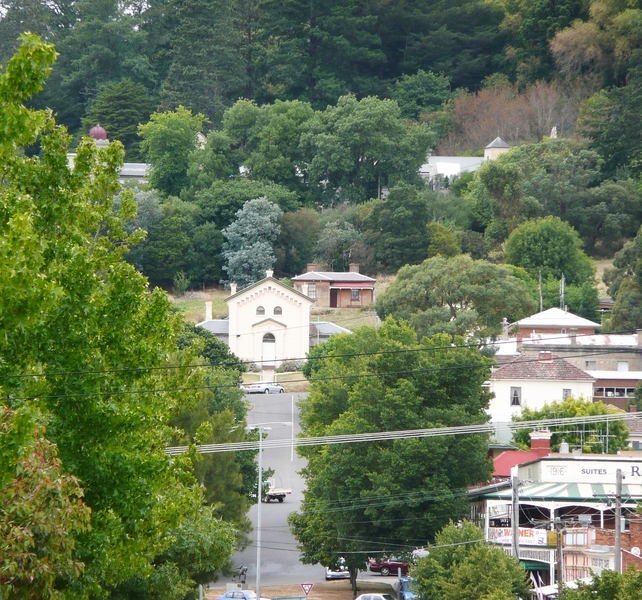 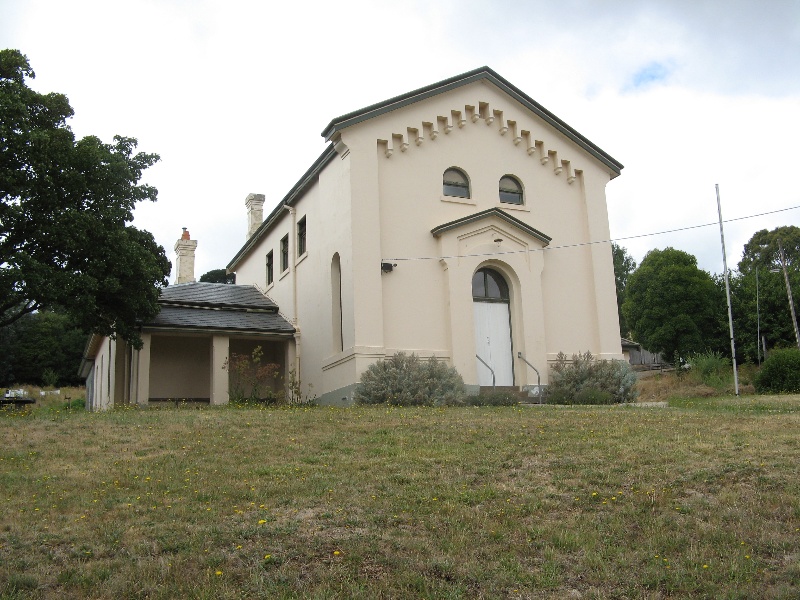 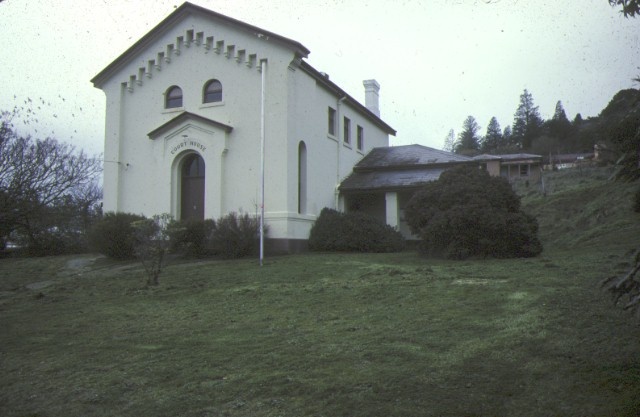 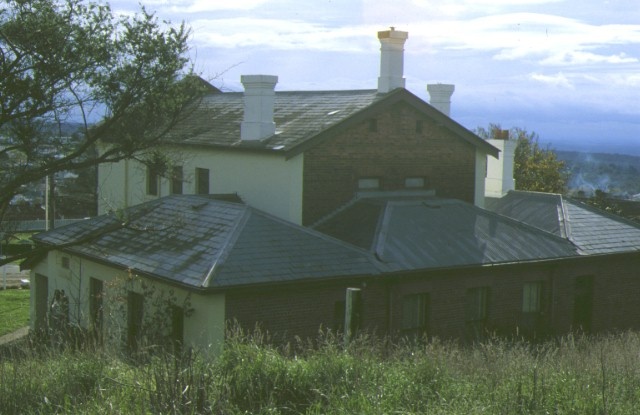 The Former Daylesford police quarters and cell block are located uphill from the prominently sited courthouse (1862). Built in 1858, the single-storey quarters are constructed of rendered brick with a slate roof and consist of four rooms with a central passage. The building is double fronted with a hip-and-valley roof over the principal section and a hipped bay to the front and an abutting hipped verandah. The building is extremely simple and has more in common with the standard single-fronted design used by the Public Works Department between the late 1850s and 1880s. The building is in poor condition internally.

The contract date of 3 August 1858 means that this building is the oldest of the individual police quarters constructed by the Public Works Department as identified in Bruce Trethowan's Public Works Department research report. This would indicate that it was perhaps a precursor to some of the later standard designs developed for these small police buildings. The lockup was constructed in 1862 to replace an earlier building of 1858 and is a three-cell design with a central projecting porch and gabled roof. It is constructed of brick with dressed bluestone sills and quoining to the door surrounds. The cells are largely intact excepting some plumbing penetrations through the walls and the painting of the external brickwork. The cells are a standard Public Works Department design (one of two designs used for small cell blocks between the 1850s and 1880s) but a member of a small group (10) of this type known to exist. They are therefore certainly of historic interest in architectural terms and especially in terms of the social history of the settlement.

The courthouse was also constructed in 1862 and is one of a small group of courthouses that employ a pavilion design with a large two- storey gable with crenellated corbelling, a central porch and flanking single-storey hipped (in this case) wings with verandahs. The building is constructed of rendered brick with a slate roof and is externally intact. It is dramatically sited in the landscape, closing the long view from the Ballarat Road against the hill behind. The building is an architectural and landscape feature of Daylesford and of historical relevance to the development of the town.

Date of construction of court house

Mount Alexander Mail, 1/12/1862, p.2, reported that a government official was in Daylesford to make a final decision on the location of the new court house. Therefore the building cannot have been constructed earlier than 1863.

Note the unusual stylised arched corbel table on the gable of the court house. The same feature appears on the original eastern wing of the Sale Court House, built 1863-64 and known to have been designed by J.J. Clark. Also note that early photos show that the court house was not originally rendered.