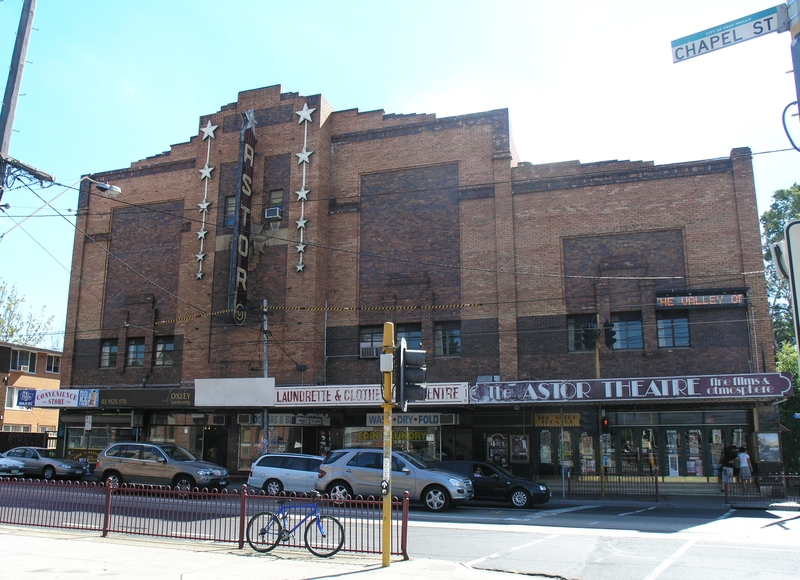 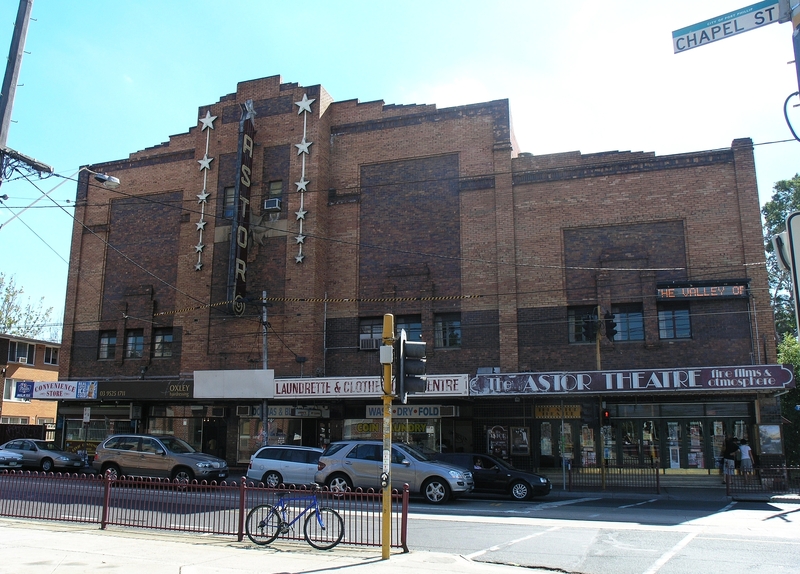 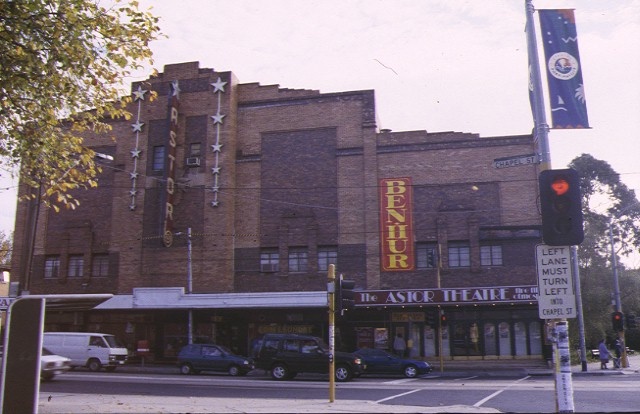 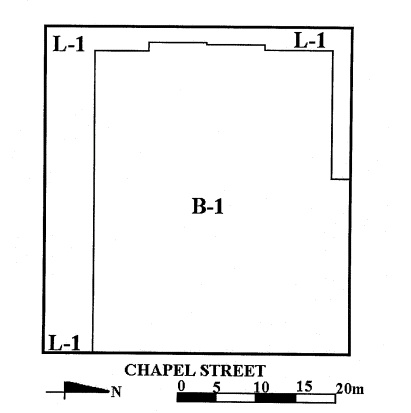 The Astor Theatre, designed by architect Ron Morton Taylor, was built by the contractors Clements Langford in 1935-36. It was officially opened on 3 April 1936 at a ceremony attended by the mayor and councillors of St Kilda and a large number of invited guests. The theatre is in the Jazz Moderne style with distinctive brickwork on the facade in cream and dark brown. Its facade includes a stepped parapet wall, a projecting bay flanked by three large recessed panels with casement windows, and a cantilevered awning with pressed metal ceiling. The projecting bay features an eight point star in bas relief with an illuminated neon sign and flanked by twelve illuminated, ascending stars. Beneath the theatre awning are four shopfronts and the theatre entrance. The side walls are red brick and the roof is corrugated iron.

The Astor Theatre has architectural, historical, social and scientific
significance to the state of Victoria.

The Astor Theatre is architecturally significant as a highly intact, rare survivor of a Jazz Moderne, or Art Deco, style cinema. The Art Deco style was the predominant design of cinemas during the 1930s, but the Astor is one of only a small group of intact cinemas surviving from this period. It is also one of the earliest and most important examples of the suburban Art Deco cinemas. The exterior is relatively restrained in its decorative treatment, featuring distinctive brickwork, a stepped parapet and a neon sign. The interior includes important decorative details such as the entrance foyer with its terrazzo floor, staircase with wrought iron balustrade and polished timber handrail, and the distinctive spatial sequence of the foyers with the elliptical open well with fine chevron pattern friezes in wrought iron linking the ground floor foyer with the upstairs foyer, tiered ceilings, and characteristic Jazz Moderne foyer and auditorium decoration. It is a fine example of the work of the architect Ron Morton Taylor who had been a partner in the prominent firm of cinema architects Bohringer, Taylor and Johnson responsible for the design of the State Theatre, Flinders Street, Melbourne.

The Astor has historical and social significance for its associations with perhaps the most important mass entertainment of the twentieth century, the cinema. The scale of the theatre and the quality of its decoration evoke the popularity and glamour of cinema as entertainment, particularly during the heyday of cinema in the 1930s. The Astor Theatre, with its Moderne design, spacious foyers and its many original furnishings, objects and surviving early signage, symbolises the suburban cinema experience during the inter-war years when cinema-going reached its peak. The use of the theatre for Greek language films from 1969 until 1982 has associations with an important aspect of post-war life and demonstrates the impact of migration on Australian society.

The Astor Theatre is of historical and scientific significance for its collection of fixtures, fittings and movable objects which assist in an understanding of the history and development of film technology, including the original screen threaded on its frame still in situ, a 1929 Western Electric amplifier, original projector and original lighting rack.