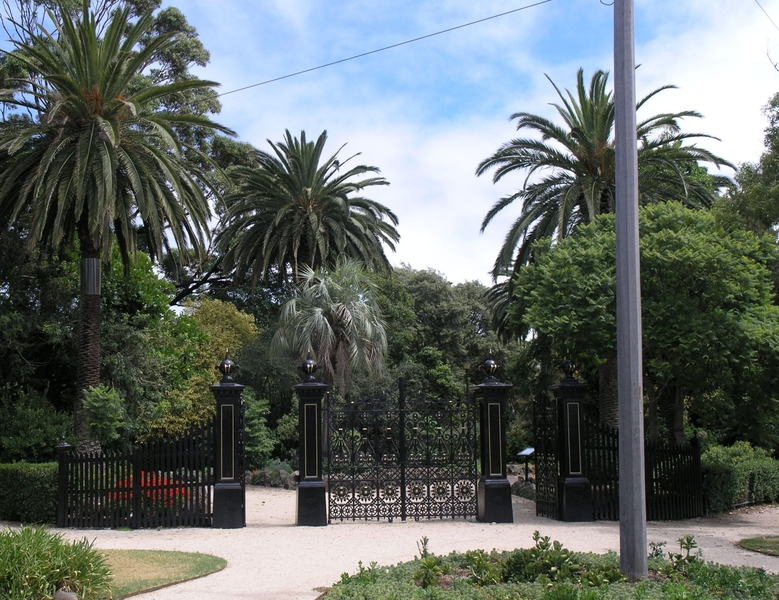 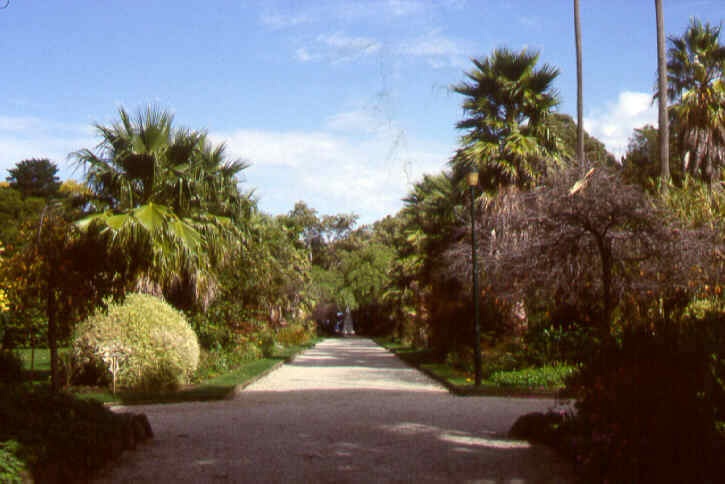 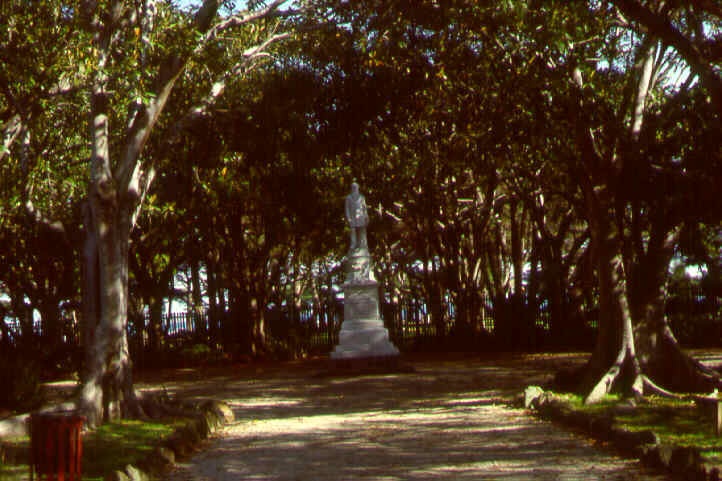 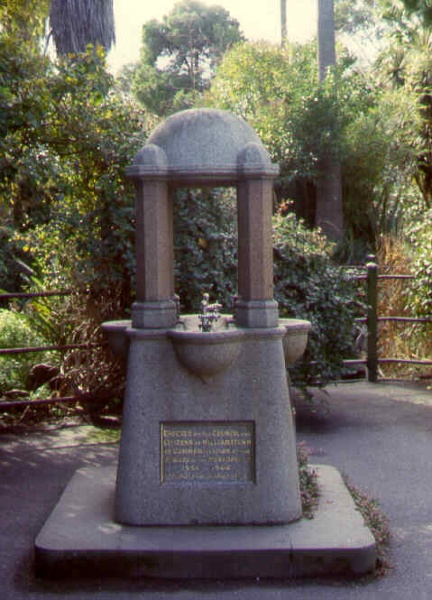 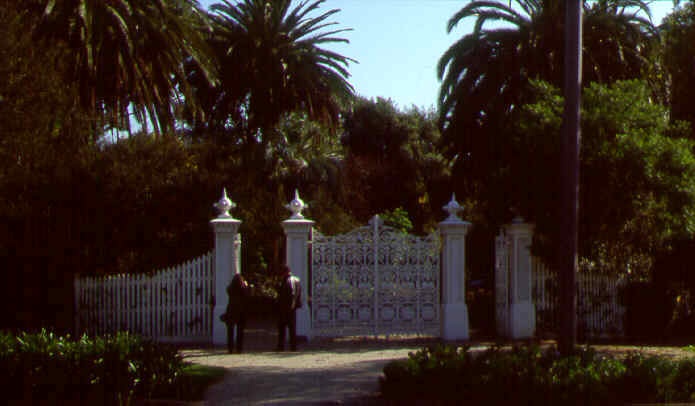 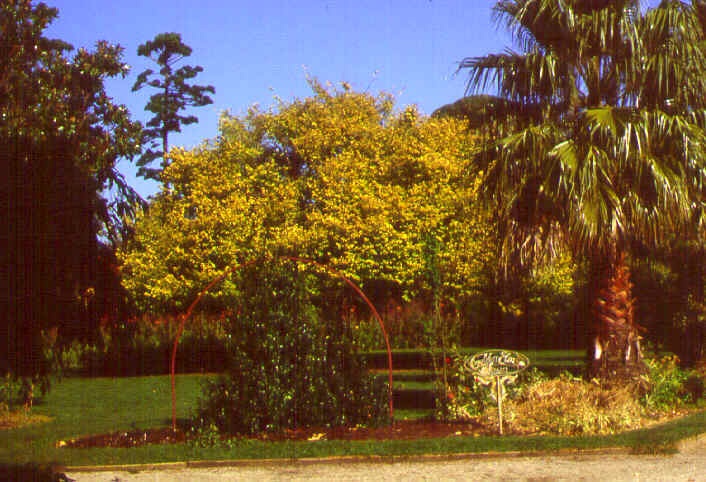 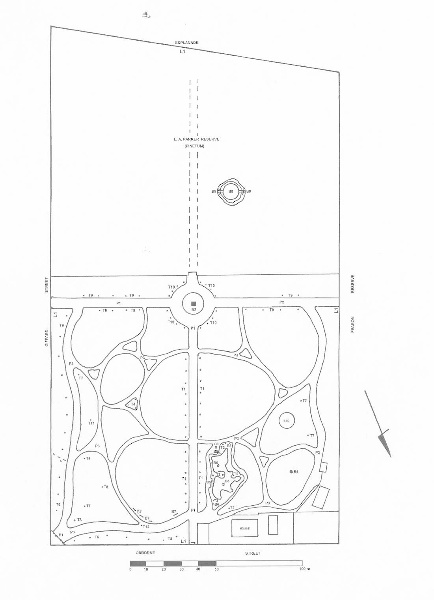 What is significant?
The Williamstown Botanic Gardens of 4 hectares was permanently reserved in 1856 as a public park and botanic garden. The creation of the gardens was largely due to the efforts of the citizens of Williamstown who lobbied the Williamstown Council to persuade the State Government to set aside the land and then contributed to its early development through the donation of plants. Plants were also donated by Ferdinand von Mueller, first Director of the Royal Botanic Gardens and Daniel Bunce, first curator of the Geelong Botanic Gardens. The gardens were designed by Edward La Trobe Bateman c.1858 and Williamstown municipal surveyor William Bull implemented the design, with significant alterations in the north east corner and the creation of a large pond by S. Thake, curator from 1899-1912. The gardens feature structures and design characteristic of the Victorian and Edwardian periods, including cast iron entrance gates relocated from ?Fairlie? in South Yarra in 1907 and repaired in 1987, a marble statue of AT Clarke, local MLA (1891), a rustic pond (1904), a drinking fountain to commemorate the jubilee of the municipality (1906) and rock, timber and concrete edged paths and garden beds from the 1860s. The layout of the gardens is virtually intact from c.1907 and typifies the geometric layout of Victoria?s earliest botanic gardens, with the design providing a major external vista to Hobsons Bay and a variety of picturesque internal vistas.

How is it significant?
The Williamstown Botanic Gardens are of historical, aesthetic, scientific (horticultural) and social significance to the State of Victoria.

Why is it significant?
The Williamstown Botanic Gardens are historically important as one of Victoria?s earliest and most intact botanic gardens and along with St Kilda, one of only two suburban botanic gardens established in the 19th century in Victoria. They are one of seven botanic gardens established in Victoria between 1846 and 1856. They are significant for the retention of the geometric layout typical of Victoria?s earliest botanic gardens. The gardens have considerable significance for their strong association with eminent 19th century landscape designer Edward La Trobe Bateman and for their early connections with Ferdinand von Mueller and Daniel Bunce.

The Gardens are aesthetically significant for their excellent design and for the remarkably elegant execution of that design within a small, flat site. Important facets of the layout are the major north-south and east-west axes, the vista to Hobsons Bay, the impressive central palm avenue, the major focal point around the AT Clarke statue, and the deliberately enclosed nature of the site which enhances the wide variety of internal views and spatial experiences within the framework of the formal layout. The striking palms (Washingtonia robusta, Phoenix canariensis and Butia capitata) with their different forms and colour, provide a dramatic and contrasting landscape character against the evergreen and deciduous background. The strikingly intact Victorian layout, early tree plantings, the palms, the pinetum and the pond, structures and herbaceous and woody plantings from the Edwardian period all contribute to the picturesque landscape.

The Gardens have scientific (horticultural) significance for their collection of plants, particularly the dominating palm and conifer themes and the large quantity of plants remaining from the Edwardian and Victorian periods. The Crinum asiaticum is rare in cultivation. The 19th century pinetum, densely planted with a collection of conifers displaying interesting forms and foliage, is significant as an enclosed dark, evergreen space forming an effective windbreak for the Gardens in their coastal setting. It features a central avenue and two outside rows of Cupressus macrocarpa, a row along the south boundary and a Pinus halepensis row along the east and west boundaries.

The Gardens are socially important for their long and continuous relationship with the citizens of Williamstown, who were largely responsible for their creation and early development and who continue to use them as a place of recreation.