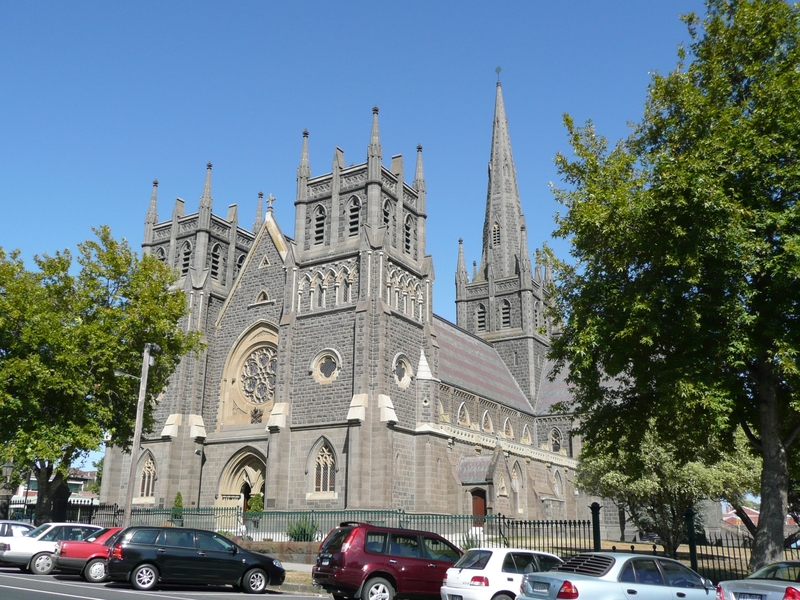 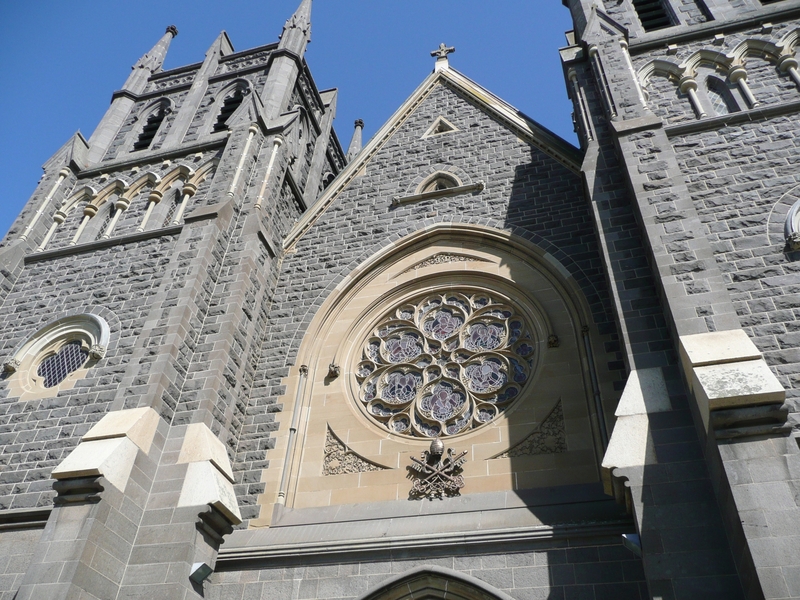 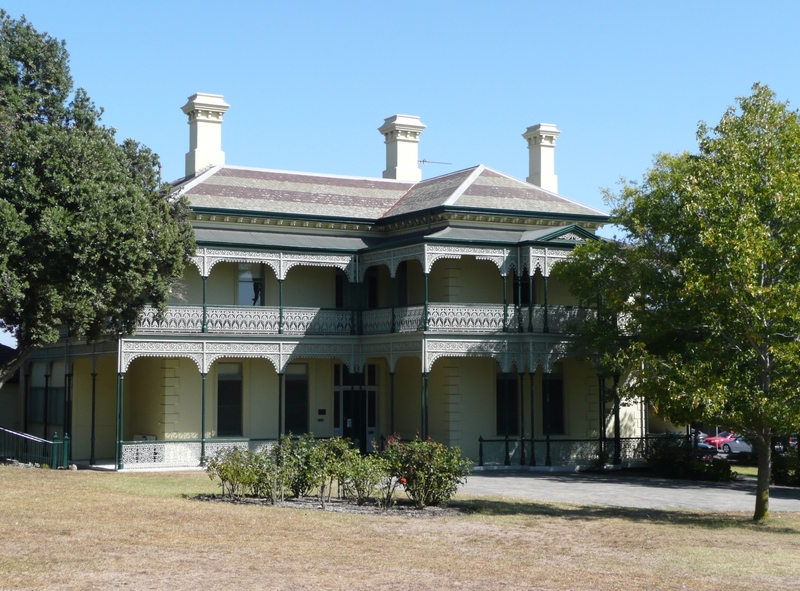 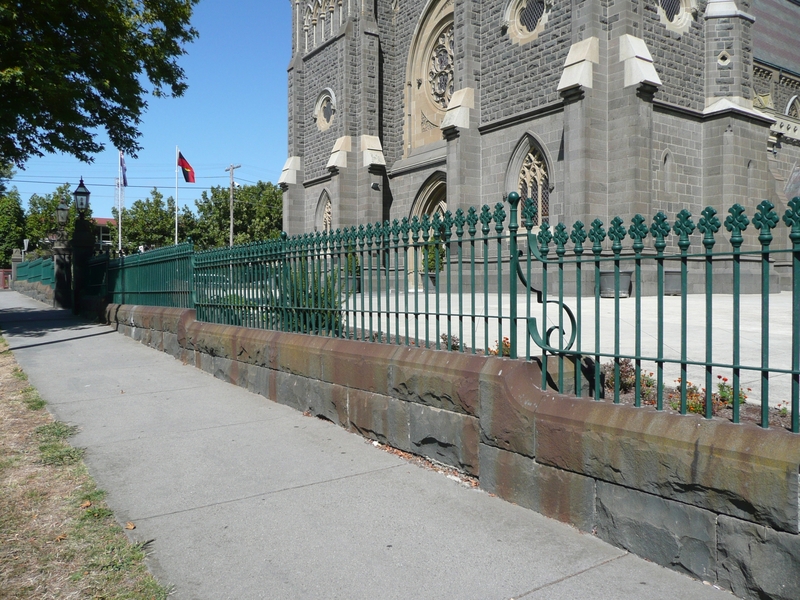 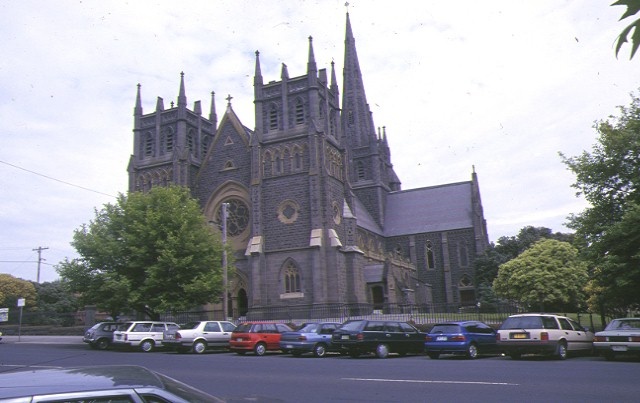 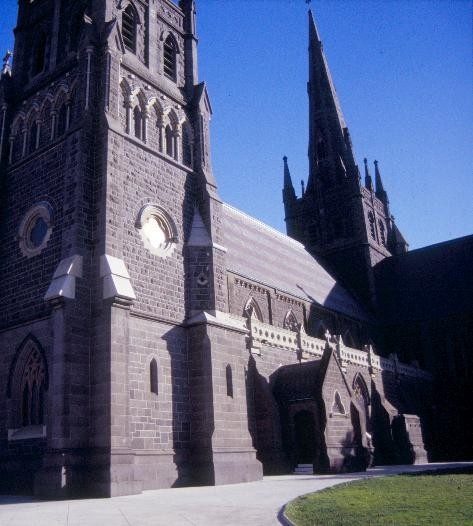 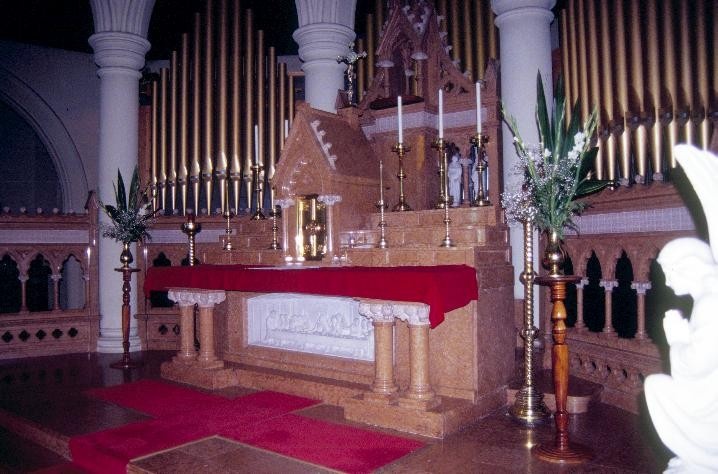 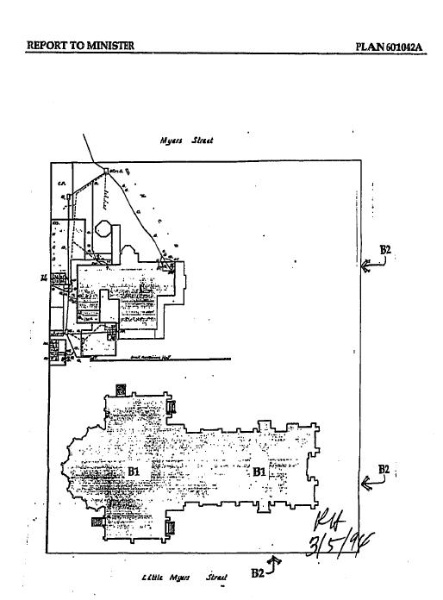 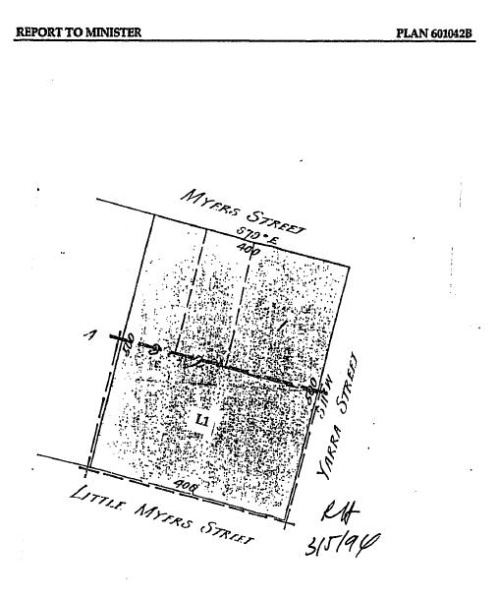 Saint Mary of the Angels Catholic Church, Geelong, an exceptionally large bluestone parish church dramatically sited on one of Geelong's most prominent hills, was commenced in 1854 to the design of architects Dowden and Ross.The bulk of the nave was completed in 1872 to the design of TA Kelly while the rest of the church, including the central tower and bluestone spire, was designed by CC Kelly and built 1931-37.

St Mary of the Angels Catholic Church, with its exquisitely traceried window, its stained glass by Ferguson & Urie and Mathieson & Gibson and stone carvings in bluestone by Clement Nash, demonstrates typical craftsmanship.

The church is noteworthy for its use of Lethbridge bluestone with contrasting finishes and details in Barrabool sandstone. The bluestone spire of the central tower, an unusual feature, is of particular importance.

The grand and lofty church, with its spacious interior containing apsidal chevet chapels, ambulatory and imposing chancel, demonstrates the importance placed in the church as a symbol of the faith and identity of the Catholic community in Geelong.