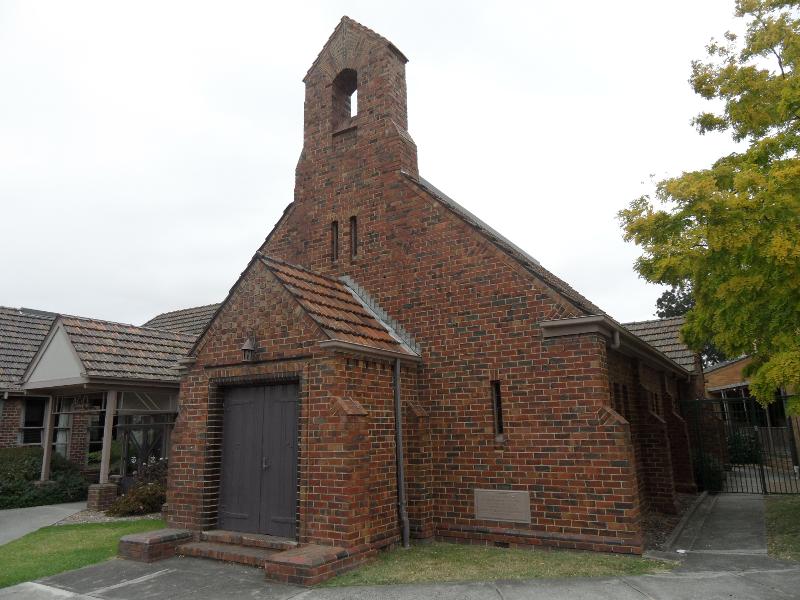 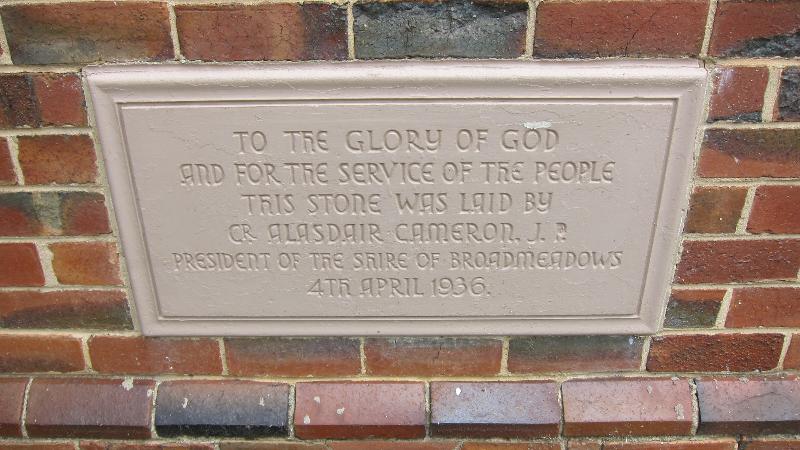 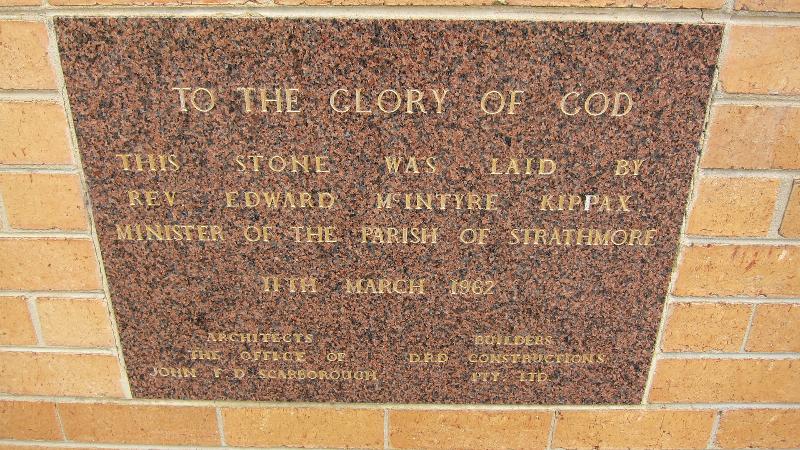 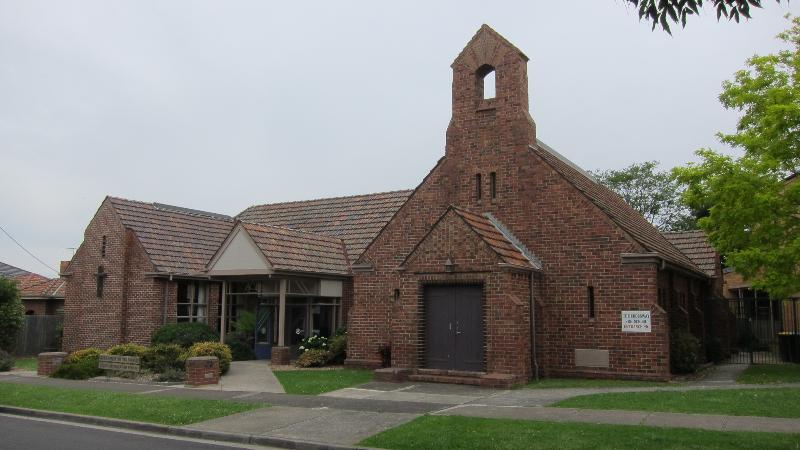 The later kindergarten additions to the south of the 1936 church are not significant.

How is it significant?
The church complex is of local historical, aesthetic and social significance to the City of Moonee Valley.

Why is it significant?
The development of the site for the Strathmore Presbyterian (Uniting) Church complex reflects a strong period of development in Strathmore and North Essendon in the late 1930s following the subdivision of the Magdala Estate and the development of Madel and Columban avenues in the late 1920s, and The Crossway in 1930. The larger church (1962) demonstrates the population increase (principally in areas further north) in the post-war era. Originally established as Upland Road Presbyterian, the site is an excellent example of the provision of community facilities to serve the growing population of the area. Originally designed as a community hall, the central building in the Upland Road frontage, this was closely followed by a Kindergarten and Primary School in the wing to the south. The importance of education was later reinforced through the conversion of this space to an Education Centre after 1964. Historically this Strathmore church complex demonstrates to a high degree the establishment and growth of the Presbyterian (later Uniting) Church in the area. (Criterion A)

Scarborough Robertson and Love are perhaps best known for their winning competition entry for their fine Littlejohn Memorial Chapel at Scotch College, but the firm also completed a number of churches throughout the metropolitan area. John D Scarborough (1901-1971) is a highly regarded architect in his own right and a prominent contributor to the architectural profession throughout the1940s and '50s as President of the RVIA, as Fellow of the RVIA and RIBA and Life Fellow of the RAIA. (Criterion H)

The Strathmore church complex represents a cohesive building group by noted architects Scarborough Robertson and Love, and their principal architect John D Scarborough, over a period of thirty years. The community hall of 1936 and the church of 1962 share architectural qualities in their use of plain face brick with elegant brickwork detailing around doorways and windows and subtle articulation. The primitive Gothic Revival style hall demonstrates the interwar period of stripped back historicism whilst the 1962 church is an excellent example of a more free form interpretation of historical styles. Important features of the hall are the use of face clinker brick, the entry doors with their simplified 'linen-fold' joinery and the bellcote that dominates the front elevation. The 1962 church relies on a skilful arrangement of rectilinear volumes for its dramatic effect through the uses of the truncated tower with row of windows, central nave with shallow pitched roof extending to encompass side wings. The composition is particularly effective as a corner building that addresses both The Crossway and Upland Road. The church is an excellent example of modernism that invents new forms of expression from historical styles and is of architectural significance in its own right. Together with the hall that demonstrates a more representative design approach common to the 1930s; the whole complex forms an excellent group of buildings, and one that is relatively uncommon in Moonee Valley where an earlier church building is retained on the same site rather than demolished to make way fro the new church. (Criterion E).

The Strathmore Uniting Church complex as the ongoing place of worship following the formation of the Uniting Church in 1977 is highly likely to retain significant social value for the communities it serves (Criterion G).