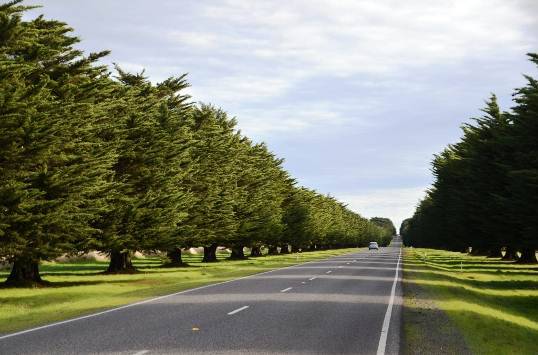 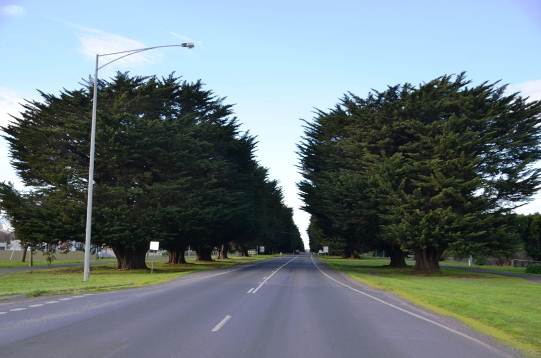 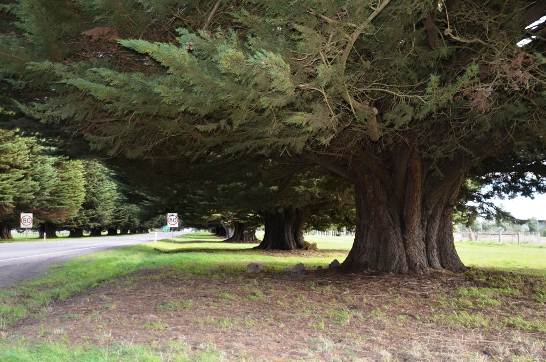 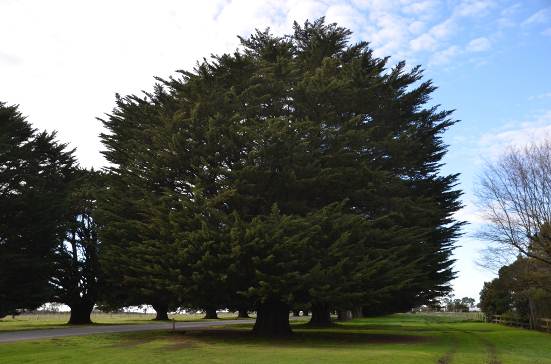 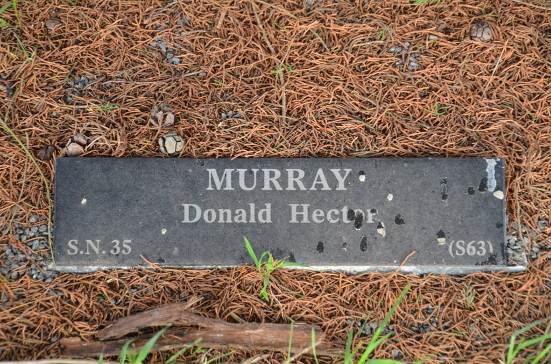 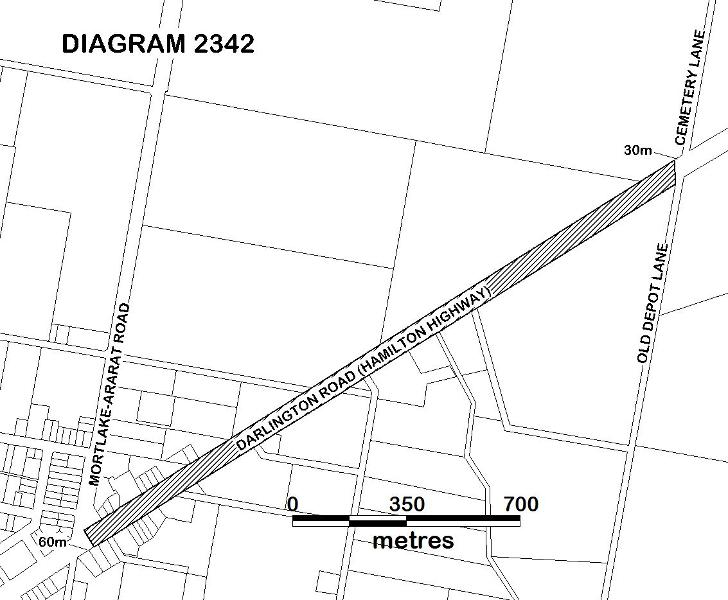 The Avenue of Honour, Mortlake which comprises a section of the Hamilton Highway (Darlington Road) and 191 Monterey Cypress trees (Hesperocyparis macrocarpa formerly known as Cupressus macrocarpa) which line both sides between the Ararat-Mortlake Road and Cemetery Lane, and associated name plaques.

Since the early 1900s, commemorative avenues of trees have been planted in Australia and internationally to honour those who have served in wartime. During and after World War I avenues of honour were particularly popular in Victoria with some 218 memorial avenues planted throughout the state. Victoria has the largest number of avenues of honour of any state or territory in Australia. The planting of the Avenue of Honour, Mortlake took place on 5 August 1919 to commemorate those of the district who served in World War I. Large numbers of people attended the first official planting and Councillor T Montgomery delivered a speech in which he thanked the community, the Mortlake Progress Association and the Shire Council for the work done in planning the Avenue of Honour. A large number of relatives and friends of returned soldiers, and soldiers themselves, were in attendance and together they planted 85 trees for a number of those who enlisted. The first 31 trees were planted in memory of those who lost their lives. The avenue was planted on the outskirts of the town of Mortlake, commencing at the Ararat-Mortlake Road and extending for about one kilometre towards what was known as Balls Cutting (now Pound Lane). A record of names and associated trees was kept to enable name plaques to be placed on the tree guards. It was noted at the time of planting that at least another 50 trees were required to commemorate every man who enlisted from the town and a number appear to have been planted over the following years. Further planting appears to have taken place after World War II, extending the avenue further. Name plaques from the World War I planting were replaced in 2011 and the original plaques were offered to families of those commemorated. The remainder are held at the RSL in Mortlake.

The Avenue of Honour, Mortlake is an avenue of 191 Monterey Cypress (Hesperocyparis macrocarpa formerly known as Cupressus macrocarpa) trees. This species had been grown extensively to form wind breaks in the Western District from the 1870s. Planted on the Hamilton Highway, the avenue begins at the Ararat-Mortlake Road, to the north-east of the township of Mortlake, and runs approximately 2.2 kilometres to Cemetery Lane. There are 99 trees on the northern side, and 92 trees on the southern side. The original planting of 85 trees commenced at the Mortlake end and this was initially extended to approximately 146 trees. Another phase of planting increased the avenue to approximately 196 trees at its greatest extent and it is now contains 191 trees. The type of tree forms a dense, dark avenue of large trees which are evenly spaced along the avenue. Recent granite name plaques identifying individual soldiers are placed at the foot of trees.

The Avenue of Honour, Mortlake is of historical and aesthetic significance to the State of Victoria. It satisfies the following criterion for inclusion in the Victorian Heritage Register:

The Avenue of Honour, Mortlake is significant at the State level for the following reasons:

The Avenue of Honour, Mortlake is historically significant for exemplifying rural Victoria's reaction to both World War I and II. It is significant as a fine example of this important form of memorial planting in Victoria which commemorated individual sacrifice during both wars, which is rare in Victoria. It is representative of many plantings that appeared in Australia, particularly during World War I, commemorating all those who enlisted for service in an egalitarian form where each individual, regardless of rank, was equally recognised for their service. [Criterion A]

The Avenue of Honour, Mortlake is aesthetically significant as an outstanding planting of 191 Monterey Cypress which is an extensive, largely intact and highly distinctive commemorative planting. The uniform planting of densely foliaged trees on both sides of the road produces a dramatic and continuous avenue along the north-eastern approach into the town of Mortlake, which contrasts markedly with the pastoral surroundings. The avenue is an impressive and imposing visual and cultural landmark and a key landscape feature of the district. [Criterion E]

The Avenue of Honour, Mortlake is also significant for the following reasons, but not at the State level:

The Avenue of Honour, Mortlake is socially significant at a local level for its relationship with the community as a memorial to those who served in World War I and for its continuing commemorative importance. It remains as an indication of the involvement of Victoria's small communities in commemorating the sacrifices of their volunteers, along with the loss and sorrow experienced in small rural areas such as the Mortlake district.