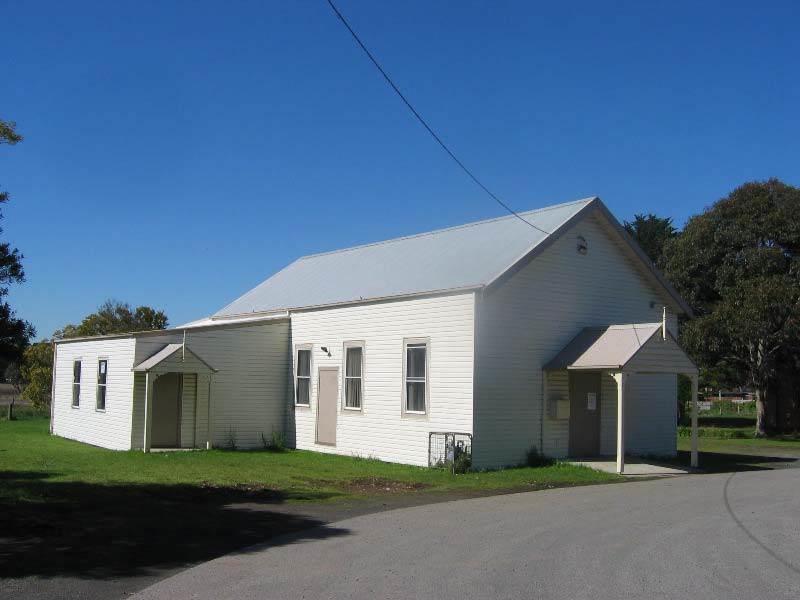 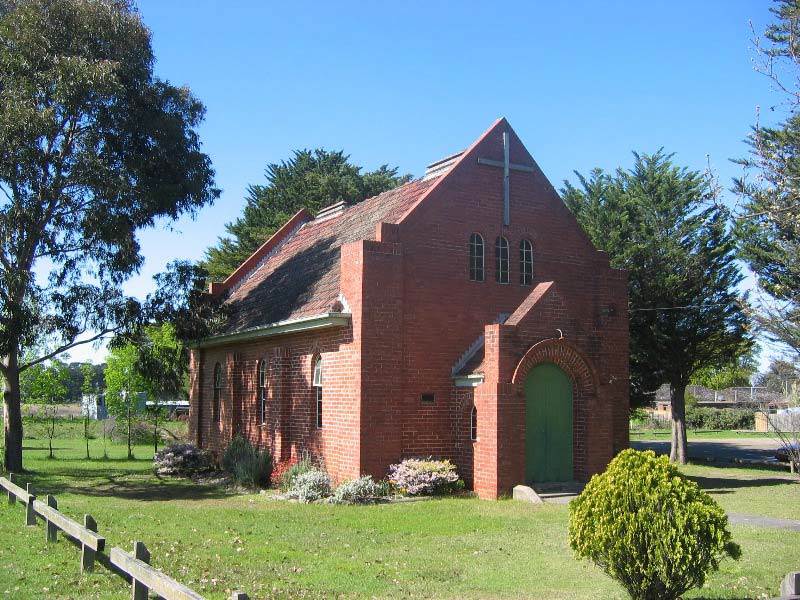 What is significant?
Officer Public Hall and Officer Union Church, in Tivendale Road, Officer. The two buildings sit side by side on a large block of open land, with a windbreak of mature pine trees along the southern boundary. Officer Public Hall, built in 1913, is a simple, gable-fronted timber building with a corrugated-iron clad roof and a gabled open front porch (added 1915). There is a rear extension added in 1922. Later extensions, on the sides, are not significant, nor are the recent neo- Federation details. The Officer Union Church was designed by architect H. Vivian Taylor. Construction commenced in 1929. It is a small, red brick gable-fronted building with simple Romanesque Revival features, buttresses, and a terracotta tile roof, which appear to be entirely intact.

How is it significant?
Officer Public Hall and Officer Union Church are of local historical, social and architectural significance to Cardinia Shire.

Why is it significant?
Officer Public Hall, in its open landscape setting with mature pine windbreak, is historically significant as an early surviving public building in Officer and as a township landmark (RNE criterion B.2). It has associations with an important early family in the district, the Tivendales, for whom the road was named (RNE criterion H.1). Officer Public Hall is socially significant for its strong associations with the Officer community as the focus of their social life for nearly a century. (RNE criterion G.1)