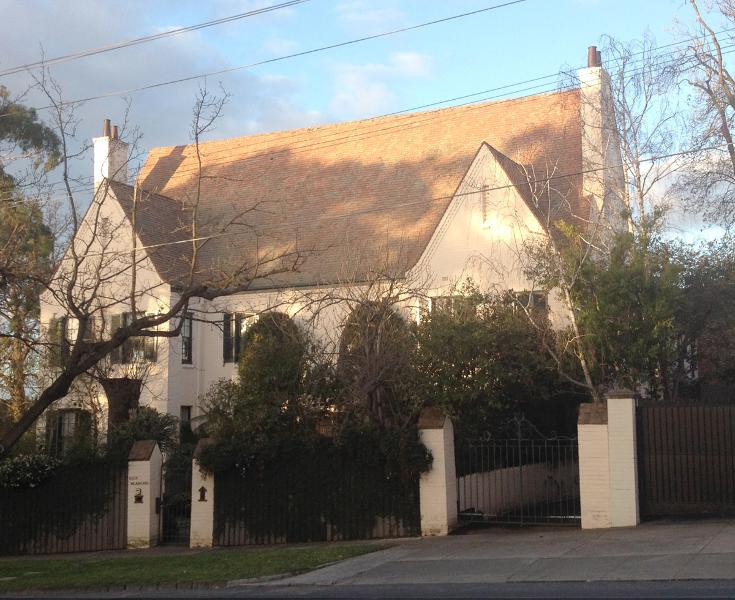 Note that the relevant HERCON criteria and themes from the Stonnington Thematic Environmental History (TEH) are shown in brackets.

-The original external form, materials and detailing of the building.
-The high level of external intactness.
-The legibility of the original built form in views from the public realm.
-The domestic garden setting (but not the fabric of the garden itself)
- The wrought iron gates and brick piers on the St Georges Road frontage.

How is it significant?
High Branches is of local architectural significance to the City of Stonnington.

Why is it significant?
High Branches is architecturally significant as a fine and largely intact example of an interwar English Domestic Vernacular Revival style house demonstrating the trend towards simplification in the 1930s (Criterion D). It has an elegant, sparsely detailed facade with strong steeply pitched gables recalling the work of leading English Arts and Crafts architects such as Charles Voysey and Edwin Lutyens (Criterion E).