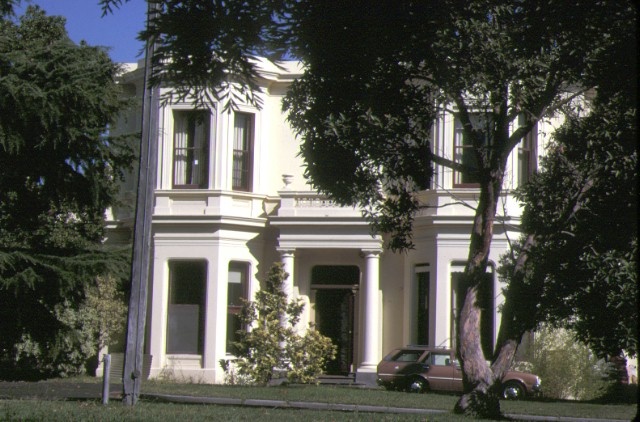 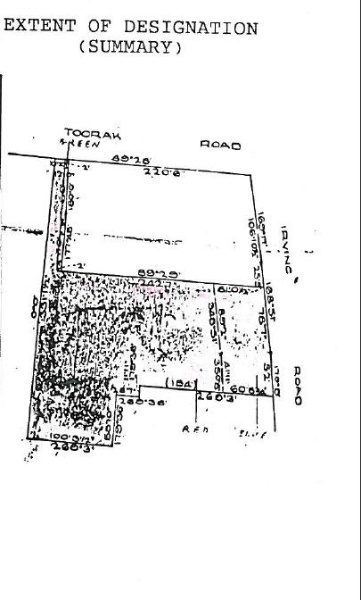 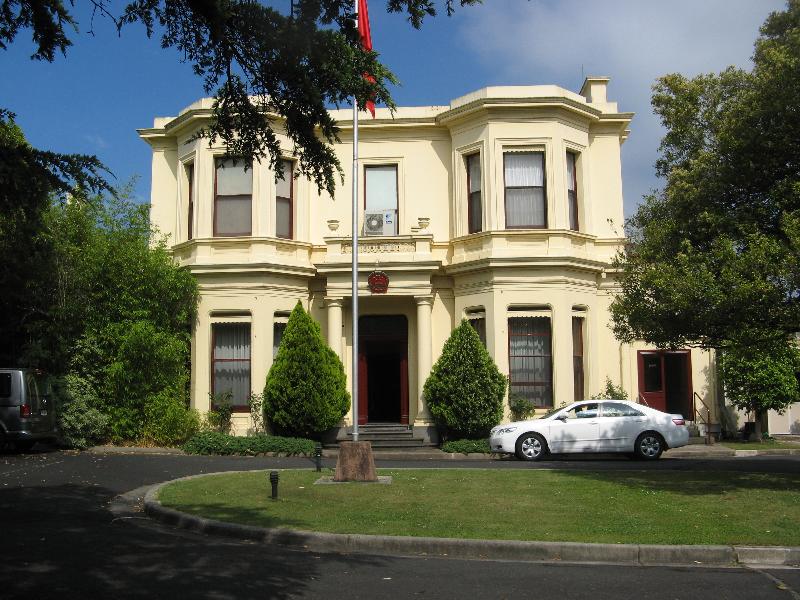 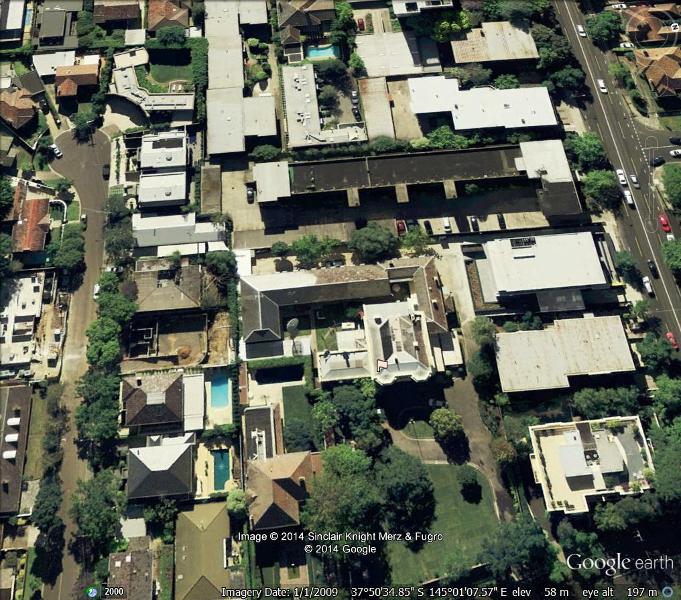 Greenwich House is a large Toorak mansion built in 1869 for the merchant and politician James Lorimer, probably to the design of the architect Leonard Terry. The two storey house is an Italianate style bay-fronted mansion of eighteen rooms, notable for the central Roman Doric portico and restrained ornamentation.

Greenwich House is of historical and architectural significance to the State of Victoria.

Greenwich House is of historical significance as one of the oldest surviving Toorak residences. Its associations with a number of important figures and its changes in use over a long period make it a valuable historical document through which many social and economic transformations can be traced. The house was one of the first built on the early close sub-divisions in the Toorak district, at a time when the area was becoming keenly sought after as a site for residences of the wealthy. Its original owner, James Lorimer, moved from the house in 1876 as his growing status demanded a more substantial residence. Subsequent owners made their own alterations, expanding the house with additions such as a ballroom, extended servants' quarters and more bedrooms. But by the 1920s its years as a family residence were numbered. Like many of Melbourne's mansion houses, Greenwich House underwent many changes of use in the 20th century, reflecting changing social and economic conditions. Much of its original grounds were subdivided and built upon, the house itself was converted to flats and then to hostel accommodation for the Navy, before becoming the Chinese consulate in the 1980s.

Greenwich House has been associated with a number of important individuals and families, emphasising the desirability of both the house and the area in which it was located. James Lorimer (1831-1889), its first owner, was a prominent contributor to public life from the 1860s to his death in 1889. He was a prosperous merchant and foundation commissioner of the Melbourne Harbour Trust (Lorimer Street in Port Melbourne commemorates his contribution to the development of Melbourne's port) as well as a noted banker and politician. In the 1860s Lorimer took an active role in opposition to protection, playing an important part in election campaigns on behalf of the Constitutional Party. Lorimer sold the house to William Halliday in 1876. Halliday, a grazier and member of the NSW Legislative Assembly, is chiefly remembered for his involvement in the battles between NSW pastoralists and the emerging labour unions in the latter part of the 19th century, one of the most formative periods of Australian political life. Other notable owners or lessees of the house included the Austin family, prominent pastoralists, and the theatre director Frank Thring who leased the house to entertain actors and other theatre people. Although Greenwich House has been altered over the years, its basic early 20th century form remains intact as an excellent illustration of the lifestyles of Melbourne's business and political elite.

Greenwich House is of architectural significance as an example of the residential work of the prominent architects Leonard Terry and to a lesser extent Harold Desbrowe Annear. Terry (1825-1884), who is likely to have been the original architect, was the designer of many bank and church buildings in Victoria from the 1850s to the 1880s. Desbrowe Annear (1865-1933), who carried out substantial alterations to the house in 1918-20, was one of Melbourne's most innovative architects, making a significant contribution to the development of a uniquely Australian style of architecture in the early decades of the 20th century.