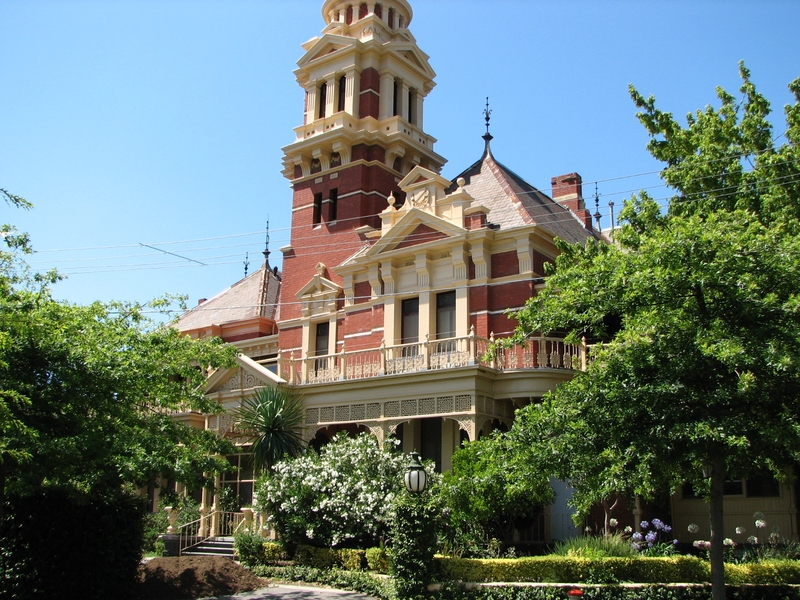 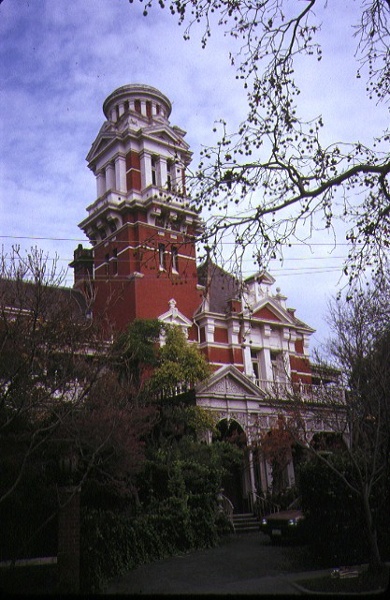 Illawarra is a large and elaborate two storey red brick mansion with a dominating tower located off St Georges Road, Toorak. It was erected in 1889-91 by the builder CB Leith to the designs of the architect James Birthwhistle for the prominent land-boomer Charles Henry James. The house was converted to ten flats in 1925-26 and then to boarding accommodation for St Catherine’s School in the late 1990s.

Illawarra is of architectural, historical and scientific significance to the State of Victoria.

Illawarra is of architectural significance as a flamboyant example of a boom era mansion which foreshadows developing trends in late-Victorian period architecture. The ornate grandiosity of the house epitomises the spectacular excesses of the final years of the land boom. The unique French Renaissance design and quality of the workmanship and fittings provide an excellent expression of the lifestyle of Melbourne’s late-19th century elite. Its eclectic combination of mannerist detail, vernacular roof lines and picturesque composition foreshadowed subsequent trends in late-Victorian architecture, particularly the English Queen Anne Revival style, and hints at the Edwardian and Federation trends of the early decades of the 20th century.

Illawarra is of historical significance for its association with the prominent landboom figure Charles Henry James (1848-1898) and as a remnant manifestation of the landboom itself. James was one of the most flamboyant of the landboomers of the 1880s. Originally a North Melbourne grocer, he accumulated considerable wealth through land speculation, going on to become a leading banker, entrepreneur, grazier and MLC, before losing it all when the boom turned to bust. Illawarra reflects James’ speedy rise to wealth and, like many of his landboom contemporaries, his determination to display it.