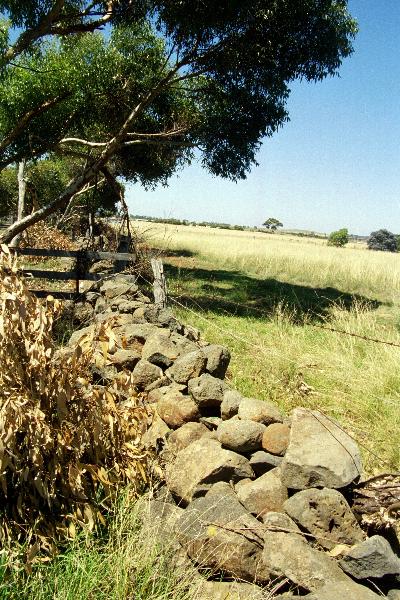 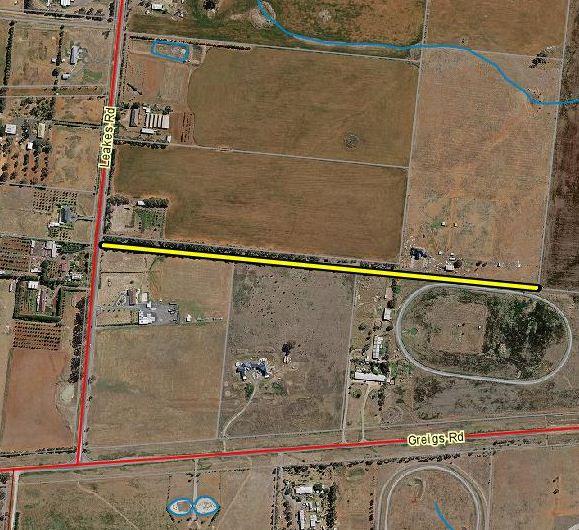 The Greigs Road Dry Stone Wall Precinct is a group of characteristic Shire of Melton walls, built c.late 1850s to 1870s. It is significant at the LOCAL level as a dense concentration of dry stone walls in Melton Shire. The visual accessibility of the walls is a feature of the precinct, with walls highly visible to vehicles travelling along one of the Shire's major historic roads. It is significant for its demonstration of early small farming settlement patterns on the dry Melton Plains; for its strong historical association with gold-rush land speculators; for its demonstration of skilled craftsmanship; and for its potential to provide both research and educative information regarding nineteenth century farming and pastoral practices on Melbourne's western plains. It is also associated with Victoria's seminal pastoral industry which dominated Melton during the nineteenth century; and whose wall patterns contrast to those of smaller farmers.

The Greigs Road Dry Stone Wall Precinct is historically significant at the LOCAL level (AHC A3, A4, B2, D2). Greigs Road is significant for its association with Victoria's gold-rush years; it was one of the major early routes to the Ballarat and Blackwood rushes. As such it became the focus for land speculation, and the centre of goldrush land subdivision in the Shire. A few small fragments of the pattern of these speculative subdivisions preserved by dry stone walls are witness to the extent of gold-fever in Victoria in the 1850s, and the intense activity along Greigs Road during this period. The precinct demonstrates the early pastoral and farming settlement patterns of Melbourne's western plains. It is significant as the one of the most concentrated groups of dry stone walls in the Shire of Melton. The precinct includes early Rockbank estate boundary walls, which express the Shire's seminal and dominating nineteenth century pastoral industry, and in particular the activity of WJT Clarke and his son Sir WJ Clarke.

While including some all-stone walls, most walls are composite stone and post & wire, with characteristic broad-based and pyramidal (rather than vertical) cross-section. The shape of the walls is largely a function of the high proportion of round and smooth stones in the district, which makes coursing difficult. They express the historical diversity of dry stone wall construction in Victoria, and are representative of the typical style of wall in Melton Shire and Melbourne's west.

The Greigs Road Dry Stone Wall Precinct is aesthetically significant at the LOCAL level (AHC E1). The dry stone walls which cross the landscape in regular enclosure patterns, make a fundamental statement about human interaction with the volcanic landscape of which they are a part. The precinct has views of two volcanic sources: Mount Cottrell to the south and Mount Atkinson to the east. The most publically accessible walls have good sculptural qualities, their original rural context is intact and most major roads in the precinct have walls along them, ensuring that the walls are a prominent feature of the cultural landscape.

The Greigs Road Dry Stone Wall Precinct is scientifically significant at the LOCAL level (A1, C2). The precinct demonstrates the volcanic origin of the landscape, and is also associated with the geologically significant Mount Cottrell 'lava shield' volcano. The walls have the potential to yield research information regarding wall construction techniques, nineteenth century rural settlement patterns and farm management, and ways of life on Melbourne's western plains.

The Greigs Road Dry Stone Wall Precinct is socially significant at the LOCAL level (AHC G1). The precinct has the potential to educate the community in regard to wall construction techniques, and also nineteenth century farm management, settlement patterns, and ways of life on Melbourne's western plains.