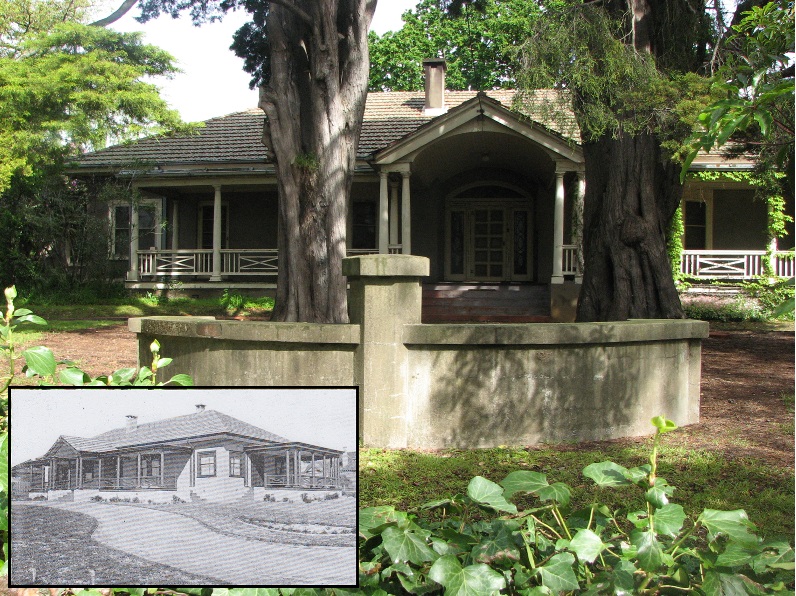 Wynivy, at 15 Deepdene Road, Balwyn, is a single-storey rendered brick homestead-like dwelling with a hipped tile-clad roof. Designed in the Colonial Revival style, it has a near-symmetrical facade with shuttered multi-paned windows and a gabled entry porch and verandah with classical columns and timber balustrades. Occupying a double-width allotment, the house is elegantly sited in a semi-formal landscaped setting that includes mature trees, a curved driveway and low rendered walling. Designed by noted architect Marcus Barlow (or Barlow & Hawkins), the house was built for Arthur Arnold, a leading city wine merchant, who lived there for over twenty years.

Architecturally and aesthetically, the house is significant as a fine, rare and notably intact example of the 1920s Colonial Revival style. While much of Deepdene (and Balwyn) is characterised by housing of that period, the specific application of the Colonial Revival style is extremely rare amongst the prevailing bungalow idiom. The house demonstrates most of the key characteristics of the distinctive Colonial Revival style: the long and spreading rectilinear plan with broad hipped roof and long verandah (evoking a homestead-like character), along with the pale rendered finish, smooth Roman Doric columns, low timber balustrades and multi-paned windows with louvred shutters. Carefully sited in the centre of a double-width allotment, the house exudes a sense of formality and balance that is heightened by its setting, with a generous curtilage, semi-circular gravel driveway, mature trees (including a pair of cypress trees) and a small rendered garden wall. This distinctive property remains as a prominent element in the streetscape.

Architecturally, the house is significant as an excellent example of the work of noted Melbourne architectural firm of Barlow & Hawkins, whose senior partner, Marcus Barlow, maintained a long personal and professional association with what is now the City of Boroondara. A resident of Auburn and later (for many years) Camberwell, Barlow undertook a number of residential commissions in the area, including a house for his father at 9 Deepdene Road (since demolished). Wynivy not only demonstrates the extent of Barlow's professional activities in the local area, but provides evidence of the eclectic range of architectural styles adopted by this office during the 1920s.