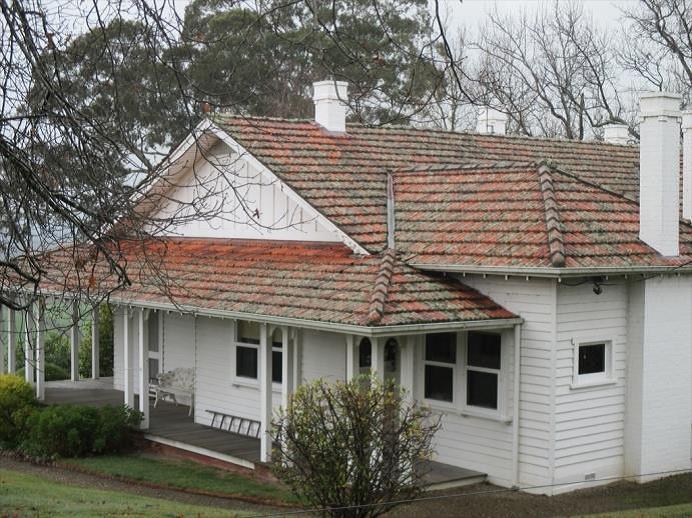 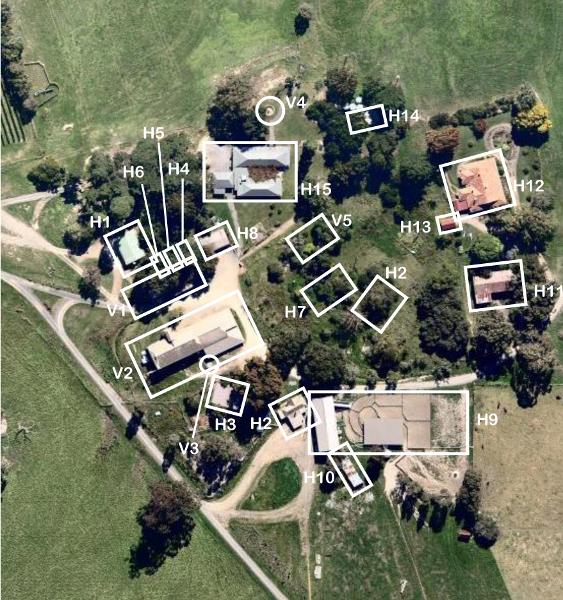 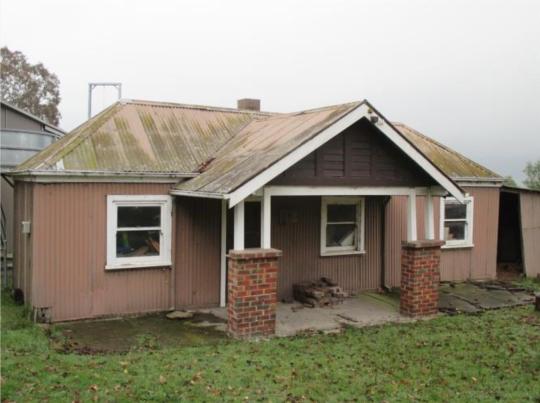 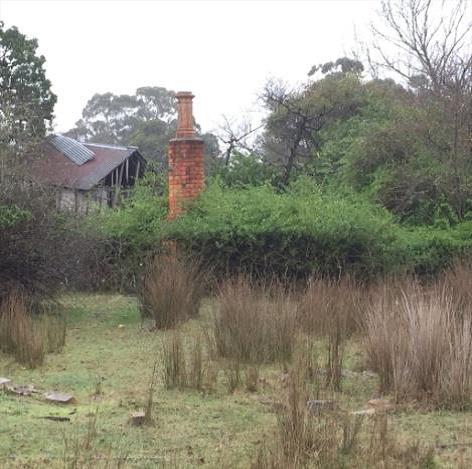 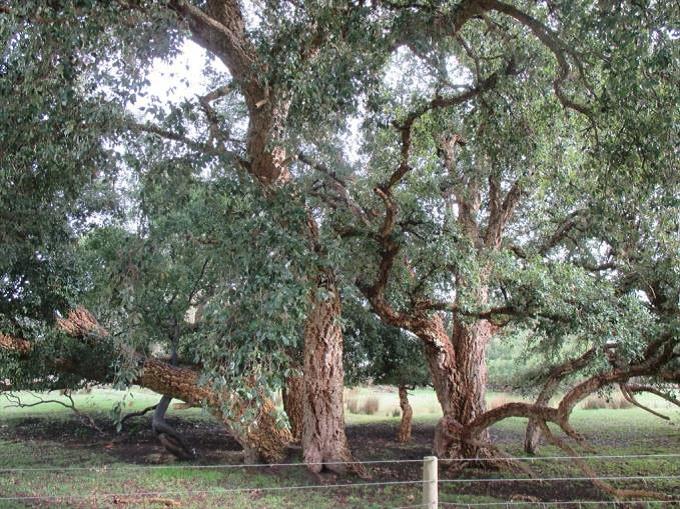 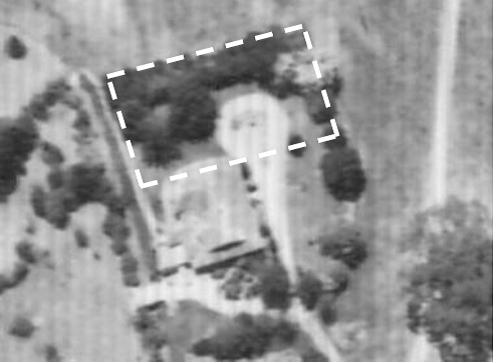 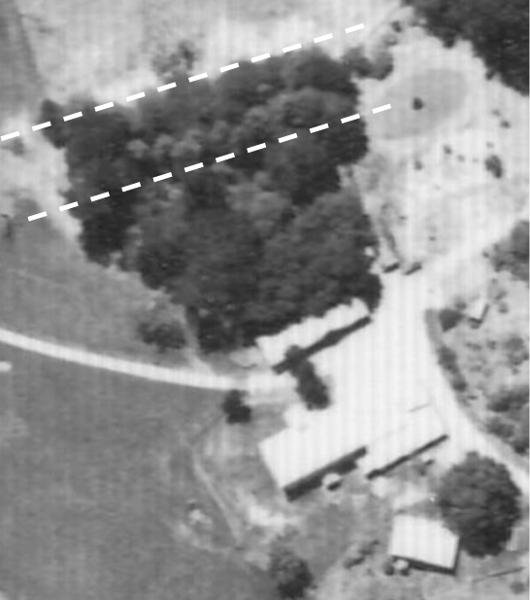 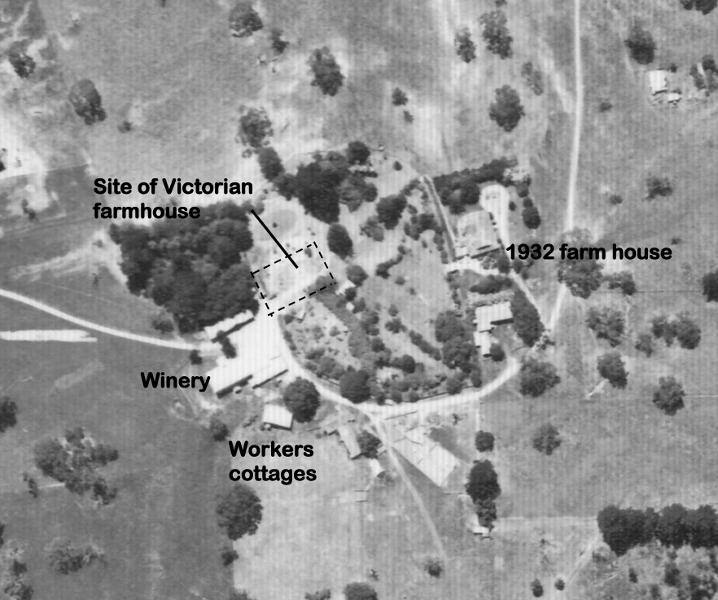 Balance Yeringberg' is a working farm at 801-812 Maroondah Highway, Coldstream. The farm is associated with the historic Yeringberg winery, the original surviving components of which are separately included in the Victorian Heritage Register. Elements of heritage significance at 'Balance Yeringberg' include a nineteenth century ruinous conservatory, originally associated with the winery homestead (which does not survive); and a farmhouse constructed in the c.1932 taking advantage of views to the east. A cluster of cork trees is also of heritage interest. In addition there are landscape elements which are currently outside the boundary of HO405, including a formal avenue of trees associated with the original winery homestead, and a garden and driveway loop associated with the 1932 farmhouse. Sheds and structures associated with a range of farming operations have been constructed throughout the twentieth century. These are mostly not of heritage value, although several are of heritage interest. The ad hoc nature of adding buildings to the property is typical of working farms.

How is it Significant

'Balance Yeringberg' at 801-812 Maroondah Highway, Coldstream, is of local historical and aesthetic/architectural significance.

Why is it Significant

'Balance Yeringberg' is of historical significance [Criterion A37] as a small working farm associated with the earlier Yeringberg winery property, established in the 1860s by noted vigneron, Frederic Guillaume De Pury. De Pury was a Swiss national who migrated to Australia in 1852, and became a prominent member of the local community, holding a variety of roles including justice of the peace and local Councillor. While as a farm complex with a variety of buildings and elements dating from the early through to the latter twentieth century, it might be seen as generally typical, 'Balance Yeringberg' is nevertheless distinguished by the earlier elements associated with the nineteenth century winery. The two key historic programs - winery and working farm - remain legible on the property, and elevate it above more commonplace early twentieth century farm complexes. The property's history of decline in wine production in the interwar period, removal of vines, use of the property for other agricultural and grazing purposes, then re-establishment (at least in part) of the vineyard operation in the post-war period, is also shared with other historic winery properties in the Yarra Valley.

'Balance Yeringberg' is of aesthetic/architectural significance [Criterion E38]. The farm is distinguished by its substantial and largely externally intact 1932 weatherboard farmhouse, in the Bungalow style. As a dwelling it bears a close relationship to large spreading Bungalows of the interwar period found elsewhere in the municipality, sharing characteristics such as timber construction, generous timber-posted verandah, large hipped roof forms, and an elevated site taking advantage of views. Although simply detailed, elements of note include the paired and bracketed timber verandah posts; strapping to the gable ends; and brick cornicing to the chimney tops. Other elements of aesthetic/architectural significance include the ruins of the nineteenth century conservatory, originally associated with the winery homestead. While in a ruinous state, this element provides evidence of an important historic landscape element of the property. Other landscape elements include a cluster of cork trees, a formal avenue of trees associated with the original winery homestead, and a garden and driveway loop associated with the 1920s farmhouse. The latter has historically provided a sympathetic setting to the farmhouse, and a landscaped outlook from the elevated verandah, potentially from the date of the dwelling's construction. Lovell Chen report 2015