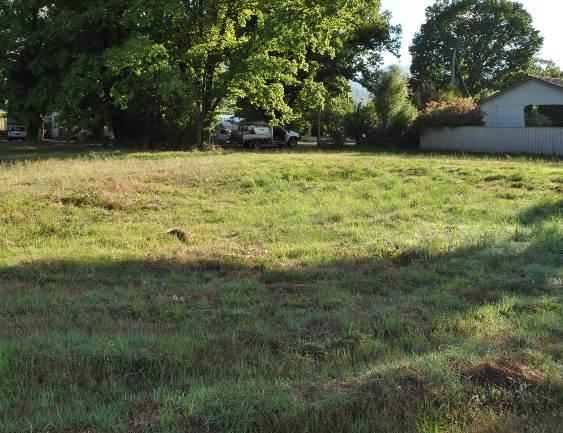 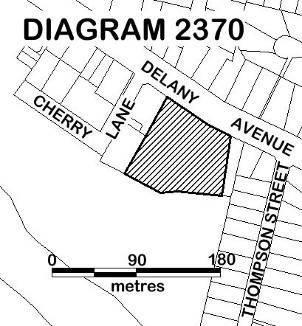 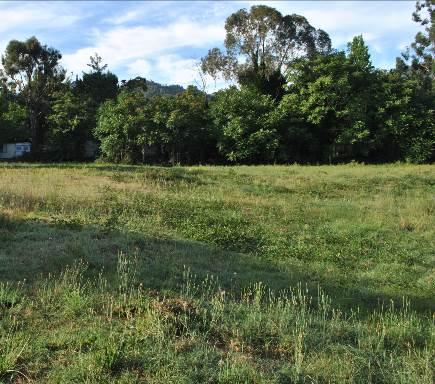 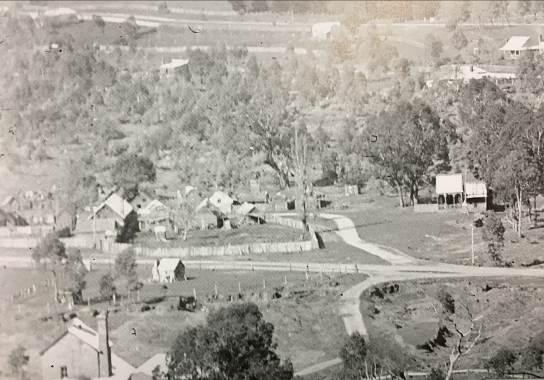 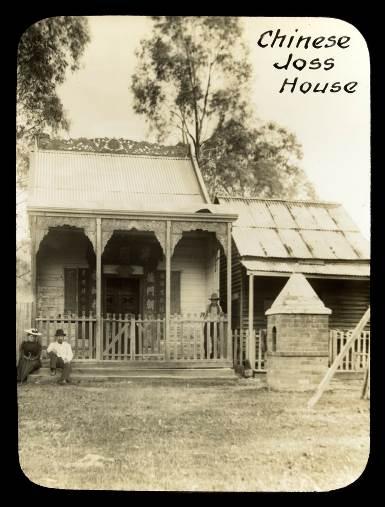 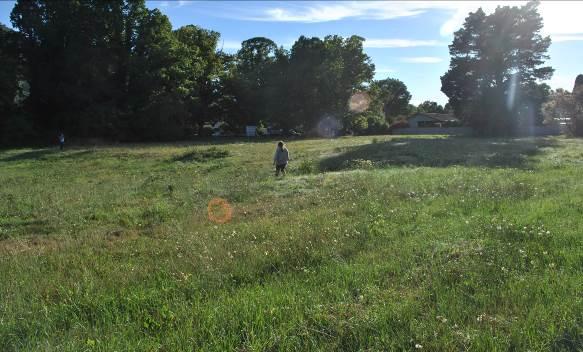 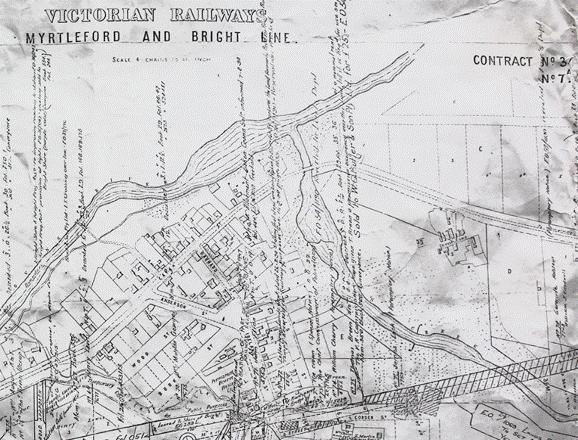 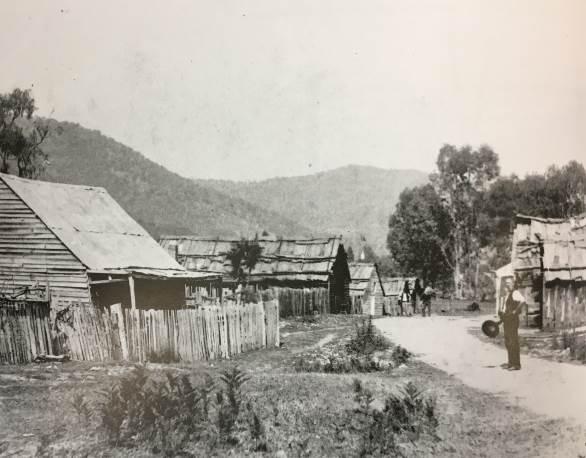 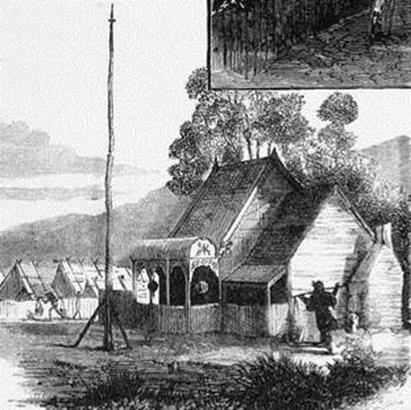 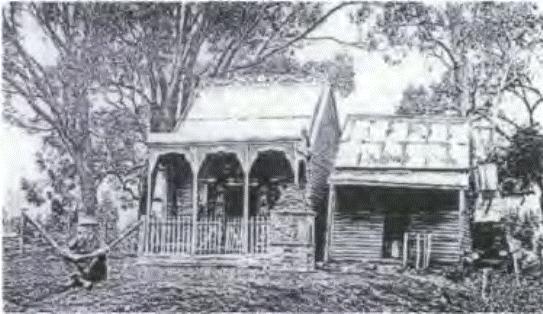 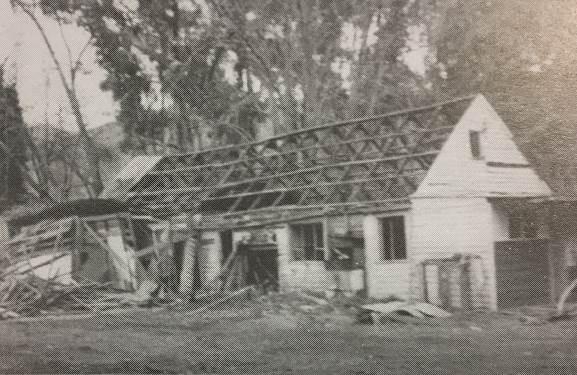 The Bright Chinese Camp including archaeological features, deposits and relics.

Gold was discovered in the new Colony of Victoria in 1851 and by the end of 1854, some 200,000 immigrants had arrived, mainly from Britain, but also from China. This was one of the first mass emigrations from China and resulted in more than 45,000 Chinese, almost all of whom were male, arriving in Victoria in the 1850s. For a time, they were the second largest immigrant group on the goldfields. The Chinese miners congregated primarily where there were shallow alluvial deposits, such as Ararat, Ballarat, Bendigo and Castlemaine in Central Victoria, and Beechworth and Bright in north east Victoria. During the late 1850s, the Buckland Mining Division, where Bright is now located, had one of the highest Chinese populations in the Colony, outnumbering Europeans by five to one. This stimulated an anti-Chinese sentiment which led to violence, including the Buckland riot in 1857 and the Morses Creek (now Bright) riot in 1859. In response, the Victorian Government established segregated Chinese camps including the Bright Chinese Camp which was laid out in July 1859. The Camp was to eventually comprise stores, a Joss House, hotel, cook shops, gambling dens, lottery houses, a boot maker, opium dens, a Presbyterian church, and even a Chinese circus. In the late nineteenth century, the camp fell into decline and by the early twentieth century, there was only one descendant living at the camp. The Joss House was demolished c. 1915 and in 1982, all the remaining buildings were demolished.

The Bright Chinese Camp is located in the centre of Bright, fronting Delany Avenue. It comprises an open, level area of grassed land, with trees and bushes of varying maturity around the boundaries. There are undulations and depressions in the earth across the site, which may indicate the locations of former streets and buildings.

There is presently no Registered Aboriginal Party (RAP) for the area in which the Bright Chinese Camp is located. The Taungurung Clans Aboriginal Corporation (TCAC) are currently negotiating a recognition and settlement agreement for this area under the Traditional Owner Settlement Act 2010.

The Bright Chinese camp is of historical and archaeological significance to the State of Victoria. It satisfies the following criterion for inclusion in the Victorian Heritage Register:

Potential to yield information that will contribute to an understanding of Victoria cultural history.

The Bright Chinese Camp is significant at the State level for the following reasons:

The Bright Chinese Camp is historically significant for its association with the development of Victoria through the discovery of gold. The Chinese immigrants who arrived in the goldfields during the 1850s and 1860s were part of the first mass emigration from China. By 1859, there were 46,000 Chinese immigrants in Victoria, making up nine per cent of Victoria's entire population and as the second largest immigrant group on the goldfields, they played a significant role in the history of gold mining in Victoria. As one of the camps created as part of a system of Chinese protectorates and segregated Chinese camps, the establishment of the Bright Chinese Camp in 1859 also demonstrates the Victorian Government's response to the hostility and violence directed towards the Chinese during the 1850s and 1860s. Once established, the Bright Chinese Camp continued to flourish, with statistics indicating that the Bright area had the highest Chinese population of any of the mining places in Victoria during the 1860s. [Criterion A]

The Bright Chinese Camp is a rare example of a nineteenth century Chinese camp where there is a very high likelihood that the sub-surface archaeological record has survived undisturbed. There are few, if any, Chinese related archaeological sites of comparable condition, size and significance in Victoria. Most, if not all other Chinese camps in Victoria have been substantially disturbed through ongoing mining activity, excavation or development. [Criterion B]