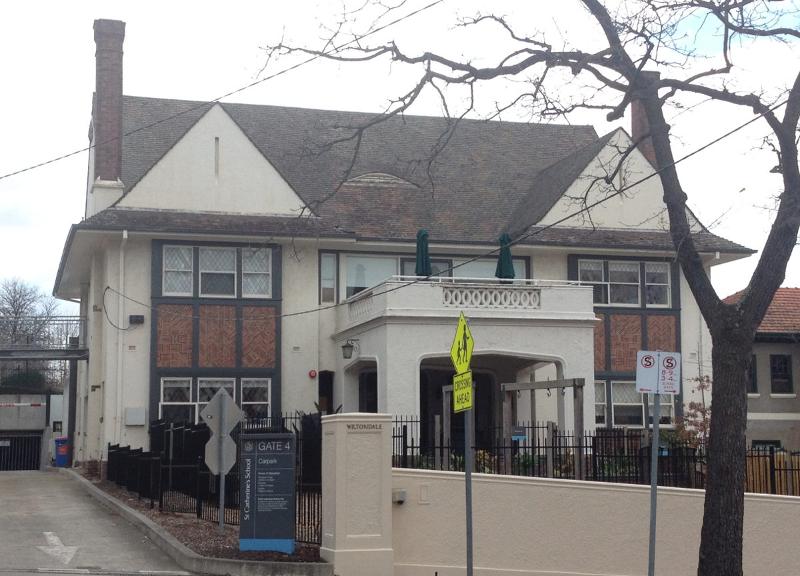 What is Significant?
Wiltondale, 25 Heyington Place, Toorak was built c1929 to designs by architect Robert Bell Hamilton. The property originally formed part of the Beaulieu (later Kilbride) mansion estate, and in recent decades was incorporated into St Catherine's School.

-The original external form, materials and detailing of the building.

-The unpainted state of the face brick and terracotta elements.

-The undeveloped front and side setbacks.

Modern fabric, including the rear additions and metal fences, is not significant.

How is it significant?
Wiltondale, 25 Heyington Place, Toorak is of architectural significance to the City of Stonnington.